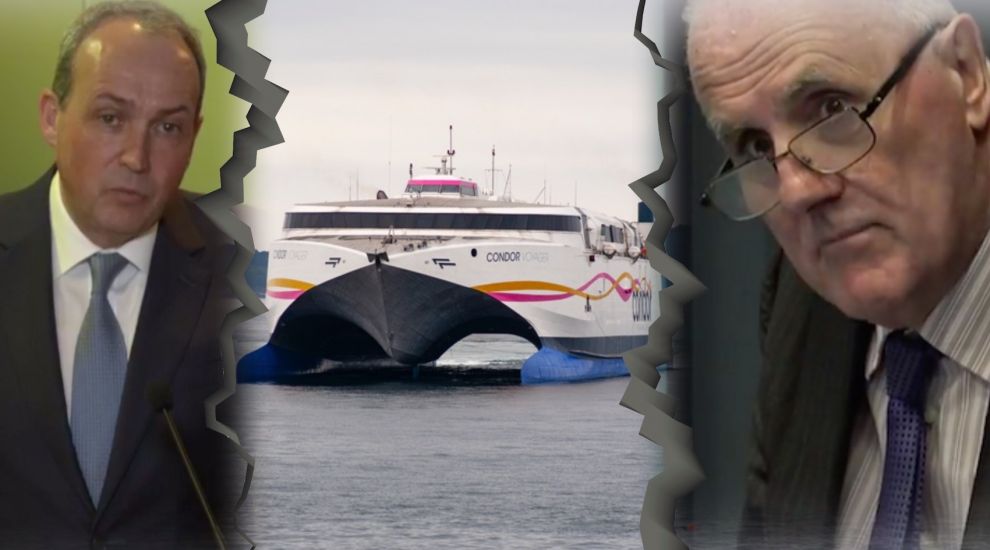 Guernsey didn’t tell Jersey that it was planning to purchase a ferry for Condor – despite the two islands apparently “working closely” on improving sea links in recent months.

The island's leading Policy & Resources Committee revealed its intention at a Scrutiny Management Committee public hearing earlier this week. Condor then confirmed its new “joint venture” with the States of Guernsey this afternoon.

It said the move could see a new “conventional passenger and freight ship enter service in the Channel Islands.”

Condor – which was bought by a consortium involving Brittany Ferries in early 2020 – says it would operate the ship in addition to those in its fleet, rather than as a replacement. The States of Guernsey expects to invest £15m to £20m in a new vessel, which it's understood would then be leased to Condor.

The ferry provider’s CEO, John Napton, said the “collaborative purchase” initiative came after “the States of Guernsey expressed an interest in working with us.”

Guernsey’s Chief Minister, Deputy Peter Ferbrache, said it was hoped that the additional vessel would play a part in “strengthening Guernsey sea links”. 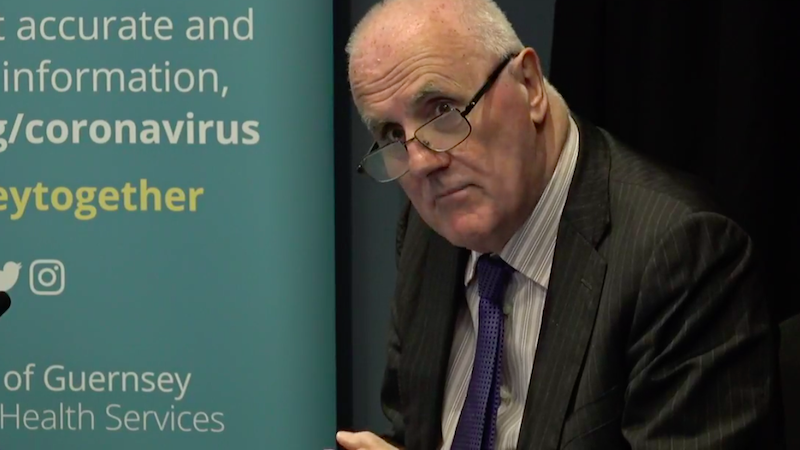 Jersey’s Economic Development Minister, Senator Lyndon Farnham, said that, even though Jersey’s Government had been “working closely with Guernsey in recent months to explore all options available to deliver a reliable year-round service for islanders”, today’s announcement was “unexpected.”

Describing the improvement of sea links as a “priority”, he said that “a potential addition to the fleet is welcome.”

He added: “…Discussions remain ongoing and we will continue working together to find the best solution for the islands.” 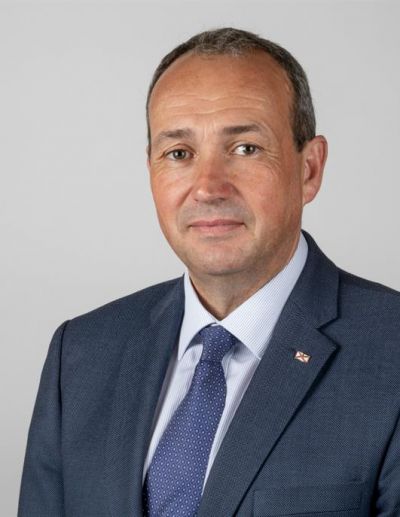 Pictured: Economic Development Minister Senator Lyndon Farnham said that the announcement was "unexpected", but that discussions with Guernsey were "ongoing".

It’s another example of increasingly fractious relations between the islands - despite agreeing to work more closely together back in 2018.

Having worked on a joint pandemic strategy, the two islands took separate approaches to the management of covid-19, with Deputy Ferbrache making critical comments about Jersey’s decision-making while still a backbencher in 2020.

Chief Minister Senator John Le Fondré hit back at the remarks at the time as “emotional and ill-informed”. Months later he said managing the pandemic was "not a competition".

Disagreement over how pan-island competition watchdog CICRA should be run led Jersey’s Government to “terminate” its operations in April 2020 and set up its own single-island authority, the JCRA.

Bailiwick Express spoke to Deputy Ferbrache about the Condor ferry purchase plan and relations with Jersey for this week’s Bailiwick Podcast.

He said Guernsey's unilateral decision came amid frustrations about the pace of discussions with its neighbouring island.

"[The idea of buying a ferry has been developing] for a fair time, I can’t say whether it has been eight months or a year because I simply can’t remember," he explained.

"I don’t want to criticise Jersey, but there have been conversations with Jersey – not with me personally but with civil servants – and it hasn’t developed as quickly as we would have liked.

"Now I don’t want that to be taken as a criticism of Jersey, they’ve got different thoughts and considerations. So we thought, we’ve got to secure the interests of the Bailiwick of Guernsey.

Listen to the whole interview on Spotify, Apple Podcasts, Deezer or Whooshkaa.

Posted by Elaine Walker on Jan 17th, 2022
Good for Guernsey. They need all the help they can get.
Jersey is very fortunate in that British Airways and EasyJet have regular daily London and regional routes. Long may that continue.
To place a comment please login Login »