Jersey chefs serve up a treat to clinch Muratti title 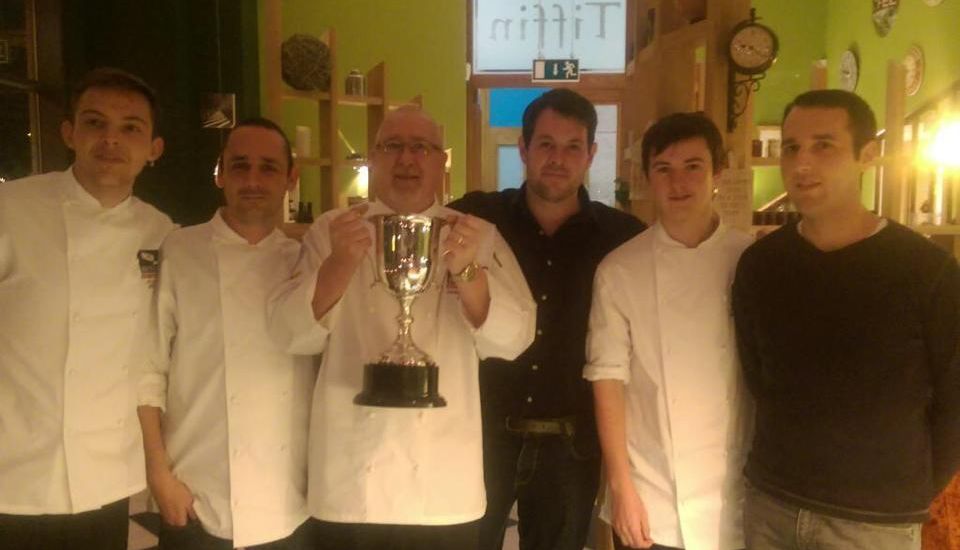 Jersey chefs serve up a treat to clinch Muratti title

Some of Jersey’s top chefs cooked up a storm in the kitchen this week, retaining the title of Inter-island Culinary Muratti champions for a second year running.

Teams from both Islands had a week to plan their menus but just 24 hours to come up with a winning five-course feast at Highlands Catering College, with canapés, from a mystery basket of local produce.

The competition organised by the Craft Guild of Chefs proved to be a close call but the judges - some of London's top chefs including the Dorchester's Henri Brosi and the Park Lane Sheraton's Andrew Bennett MBE - were impressed by more than the Jersey team's grub, and handed over the trophy named in honour of the late Peter Quérée, the former head of catering at the College.

Eileen Buicke-Kelly from the Jersey Craft Guild of Chefs said: "It was about team playing, the ingredients, the balance of their menus, how they worked with the students as well as the quality of the food."

The event was run over two nights with the Highland's kitchen hotting up with Jersey's chefs on Monday night and Guernsey's on Tuesday. Both teams were made up of at least one student and all the chefs had to work together to impress both the judges and dozens of discerning diners.

Mrs Buicke-Kelly said: “It’s fantastic for chefs from both Islands, it’s not just a whole team from one hotel or restaurant, it’s people from different backgrounds, they haven’t worked together before and of course they have the pressure of having to cook for 55 people.

“The feedback was absolutely brilliant, everyone seemed to really enjoy the event, some people thought the Guernsey food was better, some thought the Jersey food was – but when it came down to it the actual food was on par."

Guernsey’s included team captain Alex McCarey from The Pavilion, team manager Tony Leck who is also from The Pavilion, chefs Liam Mooney form the Duke of Normandy, Antony Weetman from Prince Elizabeth Hospital, Calum Glesson from the Pavilion and student Rebekah Williams from Les Rocquettes Hotel who is studying at the Guernsey College of FE.

Jersey and Guernsey chefs will next go head to head in the Jersey Craft Guild of Chefs' Channel Island Chef of the Year competition in Guernsey next April.

Knives out for culinary battle