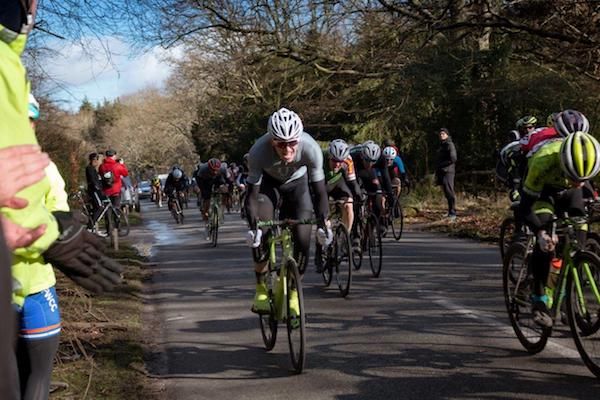 The team was set up by former CCC rider and Jerseyman Steve Coxshall.

The Perfs Pedal race is traditionally the road racing season opener in the south of England and is one of the first National B standard events. The race attracts plenty of strong riders eager to test their form in the early parts of the year. The 46-mile race was held over five laps of the Portsdown Hill circuit before switching to the final run up to One Hundred Acre wood.

"The race started hard as it always does with the professional team of Canyon Eisburg driving the pace in order to split up the field of 88 riders. With gaps appearing after the first climb and getting stretched out in the cross winds across the top of the circuit, Rebours kept a good position while Hidrio was left in some open space, but worked hard to get back on to the front group. Fellow HJL rider Arlen Vartazarian was also in the front group but sadly Michael Krukov wasn't so lucky after getting stuck behind several riders and missing the first break. 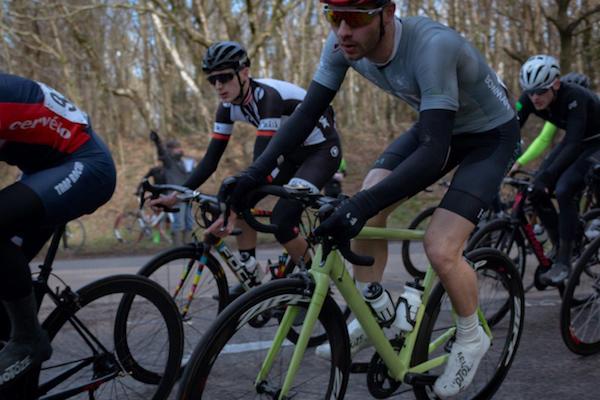 "By then end of the second lap a three-man breakaway was established and the pace of the group had eased off a touch with the gap staying steady at roughly one minute. At the start of lap five, Vartazarian rode off the front of the group with Hidrio and Rebours watching for moves and blocking where they could to keep him out front for a whole lap. Once the bunch caught up, Vartazarian had another dig to try and break up the pack a little before the final run up to the finish. With only a few miles left nobody was brave enough to try it on their own and so that left it down to a bunch sprint for 3rd place as there were only two riders left up the road in the breakaway. Just as the bunch was cresting the final climb Hidrio found himself towards the front of the 30 strong pack and put in a strong sprint to take 7th place with Rebours just behind in 14th and Vartazarian in 26th. In the second bunch Krukov attacked to ride away in the closing stages and made contact with a group of 3 riders to finish 35th."

After the race Steve Coxshall commented: “Both riders exceeded my expectations at the weekend. To work and ride with these chaps is a sincere please and we have bonded as a great team and opened a lot of eyes in the UK elite teams.”

Jason Miller, another CCC rider, has also been signed to HJL to focus on Masters category events and ride as a domestique for the team in National B races.

Islander to cycle through France for children's charity

Cyclist injured in collision with car