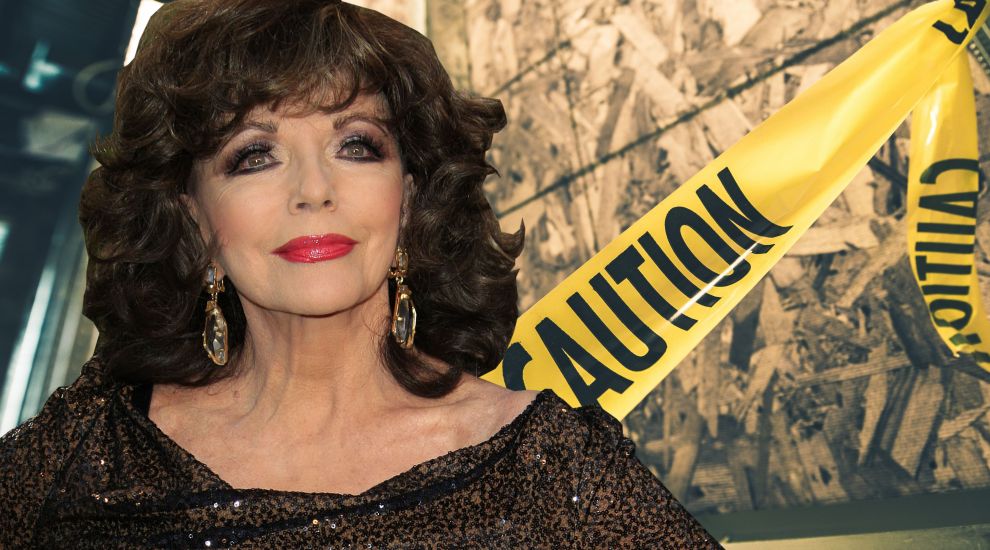 Jersey developers have attracted the wrath of sassy star Dame Joan Collins over their work on a luxury basement for her Belgravia neighbour.

But the 83-year-old took to Twitter to air her frustrations about the “development hell” to her 158k following.

Now I cant even get into my flat without going out into the middle of the road #whenwillitstop? pic.twitter.com/pQTxjC1XLN

Among numerous photos showing her exclusive neighbourhood blocked by lorries and heavy-duty excavation equipment, the former Dynasty actress woefully tweeted: “I’m living n [sic] this nightmare scenario NOW .This should not be allowed.”

In one extreme instance, the neighbour’s water leak led to her ceiling collapsing, covering her furniture in dust and rubble.

Oh the horror woke up to the news that ceiling collapsed above sitting room due to neighbors water leak #devastated pic.twitter.com/DEnijecQRC

Dame Joan wasn’t the first to object, however. Westminster City Council’s approval of the plans last year caused an outpouring of rage from residents, who blasted the developments as a “vanity project” that has, “…reduced the residential capacity [of the area], which runs against all logic given current demand for London property.”

Despite concerns, more sleepless nights thanks to "banging and drilling" might be on the cards for Dame Joan, as there are no plans to halt the ambitious development at present.

This ghastly sight welcomed me upon return to London, + banging & drilling below, above & both sides #howmuchlonger? pic.twitter.com/2PtqBytoZn