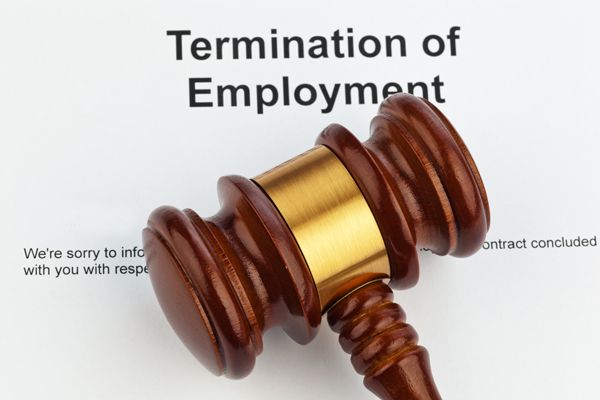 A Jersey Employment Tribunal branded the dismissal of a manager at the Island’s Women’s Refuge as “fundamentally flawed,” after she claimed to be the subject of a “witch hunt.”

It awarded Samantha Price £33,600 in damages and compensation after deciding she had been unfairly dismissed last year.

Mrs Price worked at the Refuge for six years prior to her departure in October 2015.

The Refuge argued that there had been no breach of contract, and Mrs Price had not been unfairly dismissed as she resigned her Deputy Manager’s position, therefore was not entitled to any compensation.

But at the heart of the case was the fact that Mrs Price said she was effectively ‘forced’ to resign following a breakdown in trust at the Refuge, which was set up in 1988 to provide support for victims of domestic violence and abuse.

Matters came to a head in May 2015 when an external consultant was appointed to undergo a review of the Refuge. The consultant’s report was not finalised, but it highlighted allegations of harassment, which Mrs Price denied.

At this point, the refuge held their own internal investigation and told Mrs Price that during the course of their inquiry she was not allowed to talk to any other members of the team. This left Mrs Price feeling “very isolated” and she was told that the Refuge would hold a disciplinary hearing in September last year.

Mrs Price was told complaints had been made against her following, “....your general behaviour towards staff which is rude, dismissive, abrupt and unprofessional, leaving them feeling intimidated and humiliated.”

That hearing concluded that Mrs Price should have received a formal written warning which would remain on file for 12 months.

Later that month Mrs Price lodged an appeal, saying the allegations against her had not been properly investigated and the disciplinary and appeal processes were unfair.

The appeal was denied in October last year and later that month Mrs Price resigned, saying in her resignation letter that the previous ten weeks and been, “...nothing short of a campaign of harassment.”

In coming to their decision, the tribunal backed Mrs Price’s version of events. It said: “The applicant (Mrs Price) regarded herself as the victim of a witch hunt where her best efforts to explain herself were ignored throughout an investigation and disciplinary process that was unfair. She was, she said, the victim of allegations that were false and which were not properly investigated. The procedure was fundamentally flawed.

“There had been historical tensions between the various team members at the refuge and Mrs Price was a forceful character who did not always get on well with those who worked for her.

“This was not an easy case, given the undoubted impact on an organisation that provided an extremely valuable service in the community.

“The tribunal finds that it was not capable of supporting the allegations that had been made. No complaint had been made until the investigation took place. It was not possible to say when the incident happened and it is difficult to cast what Mrs Price is alleged to have done as misconduct.

“The decision to discipline Mrs Price was unreasonable and was outside the band of responses of a reasonable employer.”

The tribunal also stated that the appeal procedure which Mrs Price demanded “is difficult to excuse.”

It was stinging in its criticism of this process, saying the Chair of the disciplinary panel was also in charge of the appeal. The tribunal said: “This was clearly not appropriate. It is analogous to a Judge of first instance appearing in an appellate court to defend his or her judgment. That cannot be right and was not a fair procedure.”

In reaching their conclusion, the Tribunal added: “The respondent’s behaviour throughout the process was to undermine the trust and confidence that must exist between employer and employee. This amounted to a fundamental breach of contract. This was constructive unfair dismissal and Mrs Price is entitled to compensation.”

Mrs Price claimed 26 weeks’ pay and she was awarded that amount, a total of £23,600. The Tribunal ruled that her dismissal was wrong, meaning she was entitled to another three months’ pay, amounting to £11,800, but the highest amount that can be awarded for wrongful dismissal is now £10,000 and as a result Mrs Price was awarded a final total of £33,600.