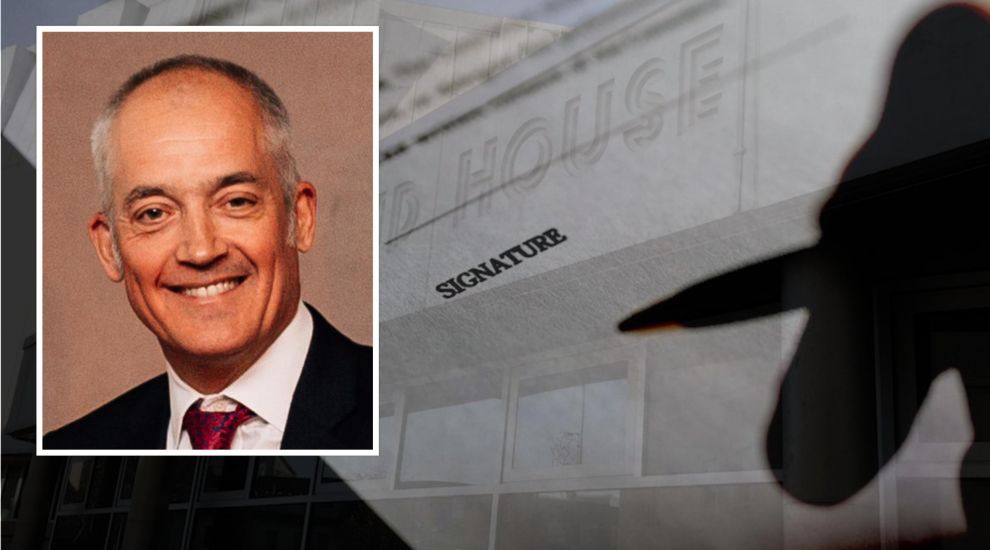 The States were wrong to keep the States Chief Executive’s contract a secret, the Information Commissioner has ruled in what he described as “the most important case” to have ever come before his office.

Following a seven-month battle to keep CEO Charlie Parker’s contract locked away, the States must now disclose the document – or they could face action in the Royal Court.

In his judgement, which was handed down to Express and the States yesterday and is to be published later today, Information Commissioner Jay Fedorak concluded that it was “in the public interest” for Mr Parker’s contractual terms to be laid bare for public scrutiny.

According to the judgement, Mr Parker’s team had argued against releasing the document because it would cause “unnecessary damage or distress” to him and “States employees in general.” 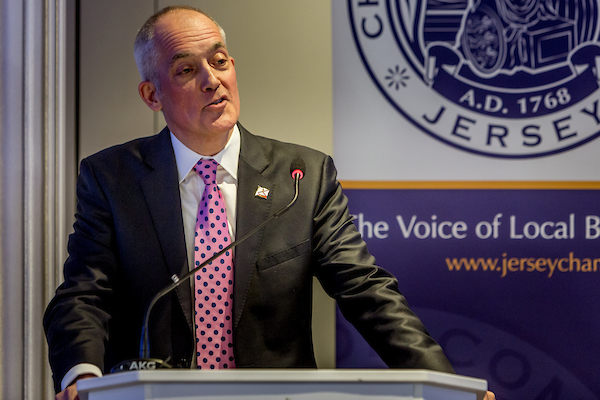 Pictured: Mr Parker was appointed as the States' new CEO in July 2017.

They claimed that there was a fear of  “distress due to media coverage and negative public image” and “high potential for harassment of the CEO in a small public sphere”.

It then went on to warn that the releasing Mr Parker’s contract may even lead him to leave his position “and hamper any future efforts to replace him.”

But Mr Fedorak said that he had seen “no evidence” to back up any of these claims and that he could not understand how making Mr Parker’s information public would “expose him to harassment”, especially as information about his £250,000 salary and the contractual perk of housing qualifications were already in the public domain.

States officials had also claimed that the former Westminster Chief Executive would expect his contract to remain private because discussions about it had taken place in private, but the Commissioner noted that there was no evidence of an explicit promise to Mr Parker about confidentiality.

He added that it was commonplace for negotiations to take place in private, with the outcome of those discussions later being made public.

The key consideration throughout, however, was whether disclosing the document might breach Mr Parker’s privacy. Made back in April, the original request for information made by Express was refused under Article 25 of the Freedom of Information Law, which concerns this right. 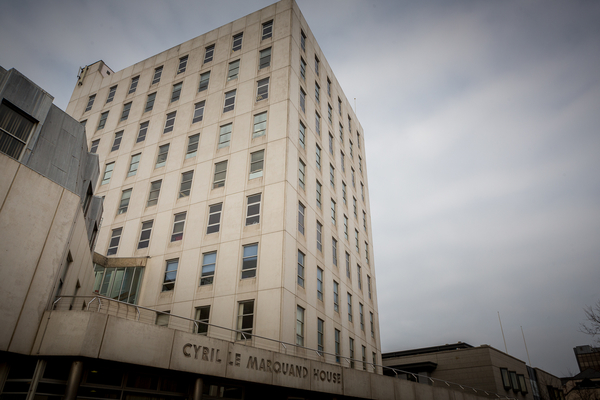 Pictured: Mr Parker is at the helm of the largest ever shake-up to the public sector.

It also involved consideration of whether releasing the document was simply “interesting” or “in the public interest.”

Mr Fedorak described the arguments for and against disclosure as “compelling” and “persuasive” respectively, but ultimately concluded that releasing the information was vital as “ it relates to the expenditure of public funds and to a matter of recent public discussion concerning a senior public official.”

He said it was important for both Mr Parker to be able to be held to account, as well as the States officials with whom he had negotiated his contract.

Express had maintained throughout that it wasn’t concerned with Mr Parker’s personal data – his address, Social Security number or any details relating to his family, for example – and would be satisfied if such details were redacted from the document.

However, States officials said that even releasing the document in redacted form would be “unsatisfactory”, as it may lead to speculation about the details that had been removed. The Commissioner said that not releasing the contract at all led to public speculation.

In appraising the contract, the Commissioner found that there were only three sections that should be redacted: Mr Parker’s address and two other paragraphs apparently of a distinctly “private” nature. With these sections blacked out, the document should be released in its entirety, he ruled.

Pictured: States officials argued that Mr Parker might leave the island if his contract is released.

Express Editor, James Filleul commented: "Mr Parker is at the helm of the biggest change program that the public sector has seen in a generation, making decisions every day which directly affect more than 6,500 employees, and touch the lives of every single person who lives in Jersey. On that basis we believed that to prevent any public scrutiny of important contractual terms like perks or severance arrangements was deeply wrong in principle, particularly when you consider that similar terms like salary, and the right to housing qualifications, were already in the public domain, the latter provoking discussion in the States.

"We're pleased that the information commissioner has underlined the real importance of this case, and clarified what should, and shouldn't be withheld by government 'in the public interest' - it's been a long battle, which we hope will be concluded once we see what has actually been redacted when the contract is finally published."

Although Mr Fedorak said that he understood that careful consideration was needed in responding to Express' request under the FOI law, he was critical of the amount of time taken to respond – 75 days in total.

Not only had States officials failed to respond within the statutory 20 working days, but had then delayed further, stating that they were entitled to a further 65 days. Explanations as to why the document was being delayed were not forthcoming.

The States had tried to justify this on the grounds that they were short-staffed at the time and that releasing the document would set a precedent for future FOI requests, but the Commissioner refuted this argument. He said the request was a simple one and described the States approach as being equivalent to refusing the information altogether – something against the spirit of FOI.

“The accountability value of information is often time-limited. Without timely access to information, we cannot achieve the transparency objectives of the FOI Law,” he said.

Pictured: The Office of the Information Commissioner said the decision about whether Mr Parker's contract should stay locked away was the "most important" case to have ever come before his office.

He added that the FOI Law did not accept staff absence as a “legitimate justification for extending the timelines for responding to requests.”

“I recognise this can be challenging, given that budgets are tight and there are competing priorities… Nevertheless, it is incumbent on employers to ensure that they have enough resources to allow them to meet their legal obligations… It is also important to recognise that responding to requests under the FOI Law is itself a service to the public.”

In his concluding remarks, Mr Fedorak described the case as “the most important case to come before the Office of the Information Commissioner under the FOI Law.”

Although Express landmark request should not set a precedent for junior employees, it is likely to open up senior officials on top salaries to greater scrutiny.

The States must now disclose a redacted copy of Charlie Parker’s contract within 28 calendar days (19 December) or could face being taken to the Royal Court by the Office of the Information Commissioner for being “in contempt of court” under article 48 of the FOI law.

A States of Jersey spokesperson confirmed this morning that they would comply with the decision to release the contract.

“We note the finding that the States of Jersey correctly applied an exemption to the release of personal information in the Chief Executive’s contract, and the finding that a redacted contract should nevertheless be released. We acknowledge the Information Commissioner’s comments that the issue was ‘finely balanced’ and that the States of Jersey ‘erred on the side of caution’."

Posted by William Boyd on Nov 22nd, 2018
Now we will be able to evaluate if we have bought a pig in the proverbial poke. Be interesting to see what he has been tasked to do, outcomes, projected results etc. I won't hold my breath.
Posted by Sam O'Neill on Nov 22nd, 2018
At last . If there is nothing to hide. there is nothing to fear. This is after all monies from the public purse,and not a small amount of it either, being paid out in what must be considered one of the best packages unknown.
Posted by Paul Troalic on Nov 23rd, 2018
It is an absolute disgrace that contracts of employees paid for out of public money are not made available in the public domain. Clearly someone has something to hide.
I personally would like to see any termination conditions, plans for his succession, and any pension and housing arrangements. Salary is not important issue in my view because it is a huge job and the pay must be appropriate.
Posted by Jersey Bean on Nov 23rd, 2018
Now we will PERHAPS see if they really is NO MONEY! Let’s also hope we have a foi on all the consultants he has also brought into the island at great expense! Hope they get cost of living rises!
To place a comment please login Login »