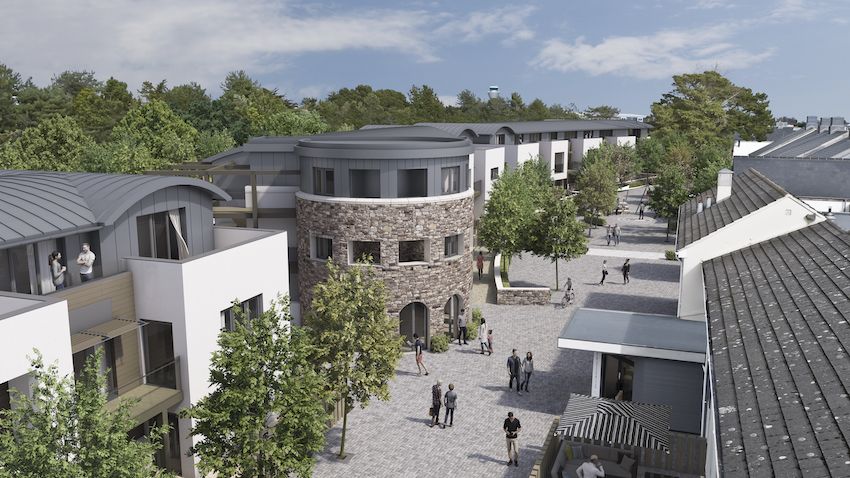 Les Ormes has submitted an appeal against a Planning Committee decision to reject a £14million leisure project, described as a “massive blow” to tourism.

The leisure centre had intended to demolish a tennis hall to give way for more than 60 units of accommodation that it says would have allowed the Bosdet Foundation to give away £1million each year to local charities and community projects by 2030.

Made up of politicians, the Planning Committee was split over the application but ultimately rejected it by majority decision over Green Zone concerns and fears that one of the accommodation blocks would not fit the character of the area.

Pictured: The Planning Committee cited concerns about the Green Zone as they rejected the application.

Les Ormes has now submitted a formal appeal against the decision to the Judicial Greffe, putting its concerns in writing on Wednesday last week (15 January).

In its application, Les Ormes accuses the Committee of failing “to give sufficient weight” to the Island Plan’s vow to address the loss of tourism accommodation in the island, and a planning officer’s professional view that the scheme would be “more sympathetic” to surroundings than the current development among other considerations.

Islanders now being invited to submit their comments on the appeal by 12 February via email or via letter to Tribunal Service, 1st Floor, International House, 41 The Parade, St Helier, JE2 3QQ.

Posted by John Henwood on Jan 20th, 2020
I'm pleased The Bosdet Foundation is appealing this decision - remember, the application was supported by Planning Officers, it was politicians who turned it down. I shall be watching the appeal with particular interest because I'm compiling data on those elected representatives who do not support our tourism industry. They all claim to do so, but actions speak louder than words.
To place a comment please login Login »