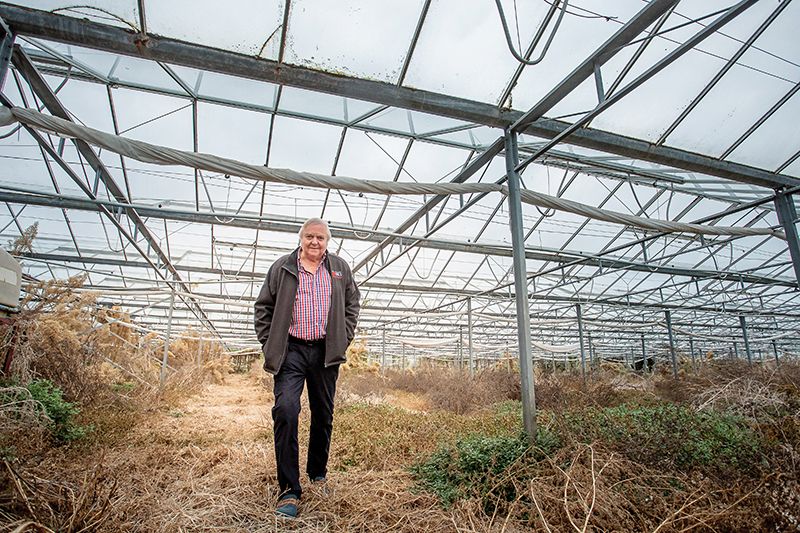 'We need to sort out our reliance on finance' is a policy mantra that has been repeated for the past 20 years...now, one man is proving that's possible in the space of a few acres blending medicinal cannabis, charity, care and retail.

The Holme Grown site had been used to grow tomatoes for many years, before diversifying more recently into other crops, retail and hospitality.

In November, plans were submitted for a new combination of uses including a care home, a charity shop and growing medicinal cannabis.

Express asked its owner, Stanley Payn, why these uses were being put together...

The present-day proposals started with an approach from Jersey Hospice looking for a fund-raising shop in the east of the island, to mirror their operation in the west of the island, at St. Ouen.

Fundraising for Jersey Hospice is clearly important. Each year the charity supports around 1,000 islanders, employs 100 full-time staff, and has an amazing team of more than 200 volunteers.

Then LV Care Home approached us. They said they were looking for a new modern facility in the east and presented us the vision of a modern high-tech 50 room facility that would blend in with both Hospice, and our retail and hospitality offering. 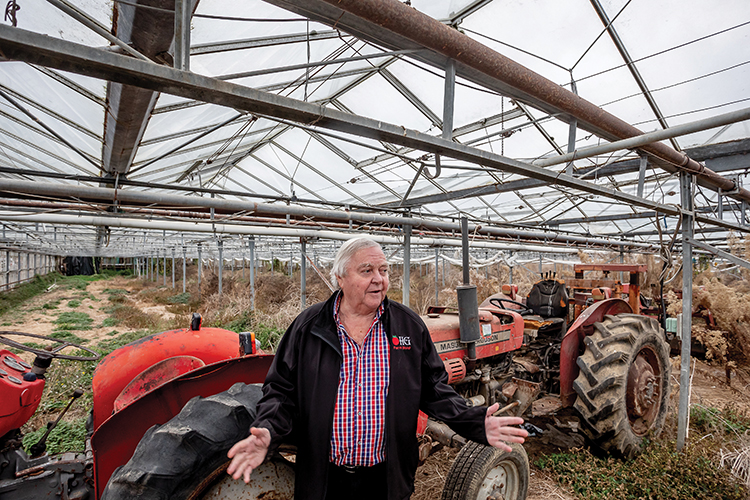 Pictured: "The downfall of the industry was apparent from the turn of this century, so we diversified." (Gary Grimshaw)

If approved, LV Care intend to operate the facility as a nursing care home. This provides more medical supervision for residents, and a higher ratio of care.

There are 22 nursing and residential care homes in the island but only three in the east of the Island, so again, this addition will go a long way to meeting parochial needs for both Grouville and St. Clement.

Then, out of the blue, came Grovida, who added another dimension by wanting to utilise a significant area of glass, and put it back into high-value production.

So, the trilogy of three different stakeholders was born.

Why not continue with the current use of the land? What is the driving force for change?

The change was instigated when tomato growing for export ceased in 2007.  It was a sad day, not only for the Payn family, who had derived a living since 1914, but also for the loyal workforce who had been with us as families for many a year.

The downfall of the industry was apparent from the turn of this century, so we diversified. Firstly, by growing and supplying a full range of herbs to local retailers, followed by the opening of our farm shop in 2003.

Further diversification appeared with local bedding production, the opening of a floristry department, a small café, and an enhanced offering of speciality products within the shop. 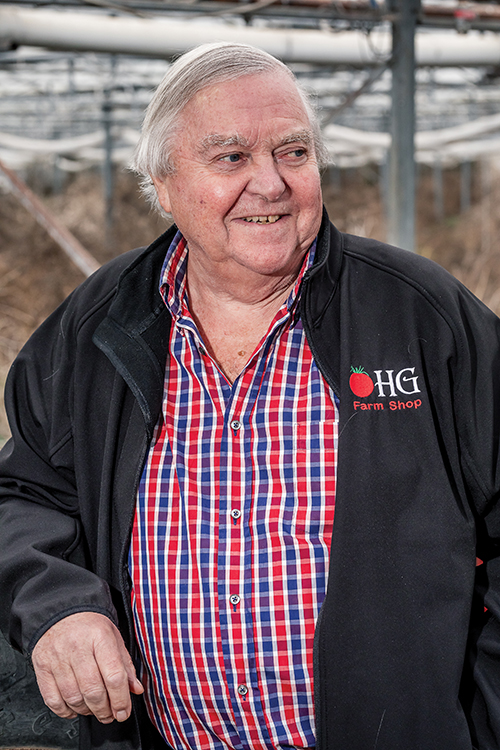 Pictured: "Change in life is inevitable but it is how one manages that change that is important." (Gary Grimshaw)

The site covers 30 acres and is larger than most people realise.  To put things in perspective, the existing farm shop and car park use less than 4% of the site. Glasshouse production was 13 acres and then there was (is) a packhouse, boiler houses, irrigation sheds, maintenance workshops and staff accommodation. All are linked with a network of concrete roads.

The on-site farm shop developed within a community hub very quickly. However, the rest of the site, particularly some of the glass, was deteriorating quickly. We knew we would need to find a way of going forward to regenerate the site with a horticultural presence, and a level of synergy around the local footfall within Holme Grown.

In a nutshell, we have diversified but the site needs a strategic overall plan to regenerate redundant areas which are currently unsafe to work in. We feel that the bringing together of Jersey Hospice, a nursing care home, together with a new horticultural venture in six acres of the existing glass area all complement each other because it will be community driven around Holme Grown.

The growing of medicinal cannabis is tightly regulated and protected - how will those protections (e.g. security fencing) be managed on the site?

Grovida showed interest in not only basing themselves in the island at Fauvic Nurseries, but investing in plant and people. Grovida’s sister company, ‘Low Carbon Farming’, recently developed 29 hectares of glasshouses in East Anglia producing tomatoes, peppers and cucumbers.

The site will be covered by 24-hour security, which will include CCTV and exterior movement sensors. There will also be a security fence which will be hidden from Rue de Fauvic behind existing hedging, much of which is thorn.

Holme Grown, as currently set up, provides valuable retail space and a popular café in the east of the island - how much of that will remain, and in what form?

The farm shop and restaurant will remain in their current forms before, during and after the proposed plans are completed. 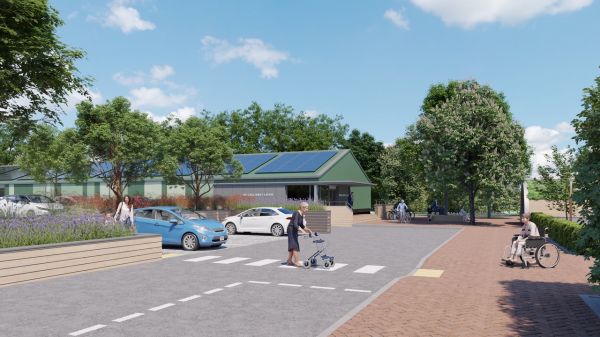 Pictured: The proposed development as seen from the car park.

We will continue to provide the truly local shopping experience which our customers have become accustomed to. The daily in-house production of bread, savouries and pâtisserie goods, meat cut and rolled in our butchery department, local in-season fruit and vegetables, floristry and speciality ambient and frozen products will continue without disruption.

Is there anything the government could do to help?

Government, through the resources of Jersey Business, has been very helpful in assisting Grovida make the decision to set up their UK medicinal cannabis business as a new entrant to the island.

New entrants will help the Rural Economy, which is undergoing great changes and rationalisation. The recent Farmers’ and Growers’ conference highlighted that politicians and government departments need to appreciate that nothing is forever, and all industries have to adapt to constant change and reform.

Jersey’s government needs to recognise that the agricultural and horticultural export industry has diminished through us being a small island seeking trade in the large continent of Europe. We are no longer competitive, and the land and assets need to be put to new uses to ensure sites with glasshouse or other brownfield sites can be repurposed to benefit both parish and island rather than just deteriorate.

Looking back over the changes on this site, what are you most proud of, and what is your biggest regret?

When I came back to the island from horticultural training in the UK in 1968, I had a leaning towards protected crops. Fauvic was a tomato nursery with glass dating back to the 1920s.

The nursery was totally modernised over the years as sales moved from the wholesale market to dealing with the emerging supermarket trade, eventually ending up supplying a major multiple for 21 years. 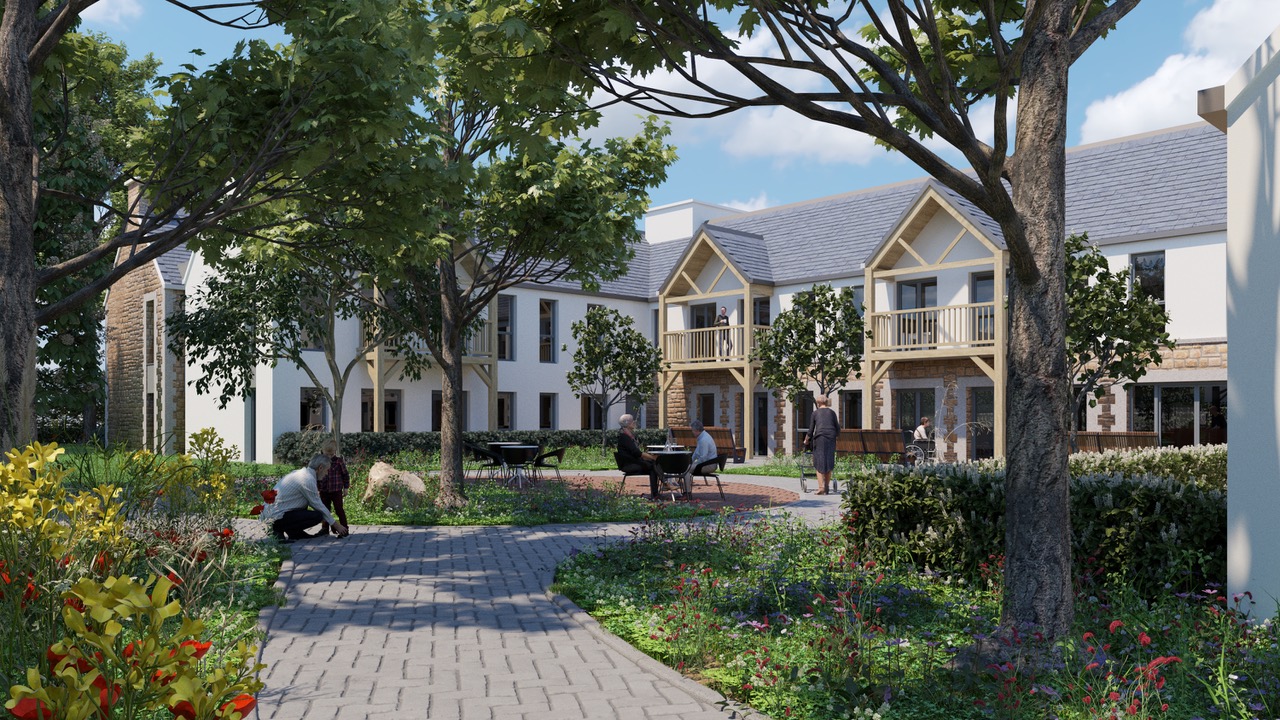 Pictured: The care home would be operated by LV Care Group.

We were foremost in growing the small vine product, and at one stage were 66% of a major customer’s natural season supply chain.

They were wonderful years, and even with the energy crisis, dock strikes, gluts, shortages and the 1987 hurricane to contend with, we built a rewarding business with loyal staff over a period of time. We actually became the largest employer in the parish.

That all ended in 2007 – change in life is inevitable, but it is how one manages that change that is important.

All the above will hopefully regenerate Fauvic Nurseries for the next generation, William with his agricultural business and Charlie with the retail arm.

Life is about change - but change for the right reasons, to recognise an ever-changing business and commercial environment, together with right of succession, is clearly what the passage of life is ultimately about.

This article first appeared in the Dec/Jan edition of Connect, which you can read HERE.