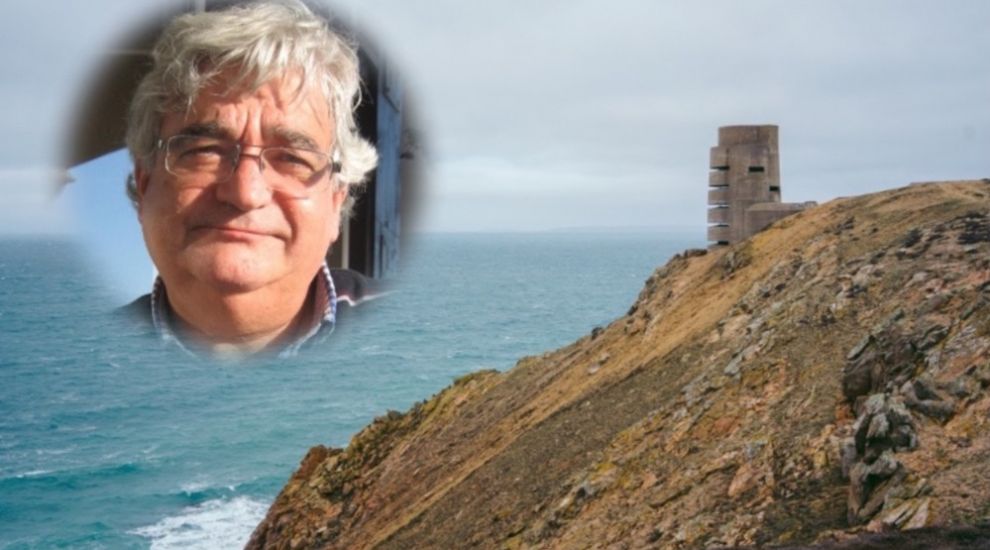 A German attempt to breed a ‘super-cow’ and a battle to keep islanders drinking full-fat milk during the Occupation are among the topics explored in a new book due to be released next year by a local historian and former teacher of nearly 40 years.

Andy Gilson’s 450-page book, ‘The German Occupation of Jersey - Agriculture and survival in a time of war’, which features “95% new material” and a wealth of previously unseen photographs, is the culmination of around eight years’ writing and research.

The now-retired teacher of 38 years - 35 of which were spent at Victoria College - said he drew inspiration from the book from his students, who would frequently approach him with new documents, correspondence or photographs from the Occupation relating to their own family history.

Having gathered together a number of these fragments of history, Mr Gilson said he soon began to realise that the currently accepted historical picture of agriculture during the Occupation was simply "wrong".

As such, he set himself the task of writing what he describes as an "in-depth, factual, non-judgemental, all documented" piece of history.

"It is a good old-fashioned piece of history. It's AJP Taylor, 'what the documents say' history... It's who said what to whom, where and when," he explained. 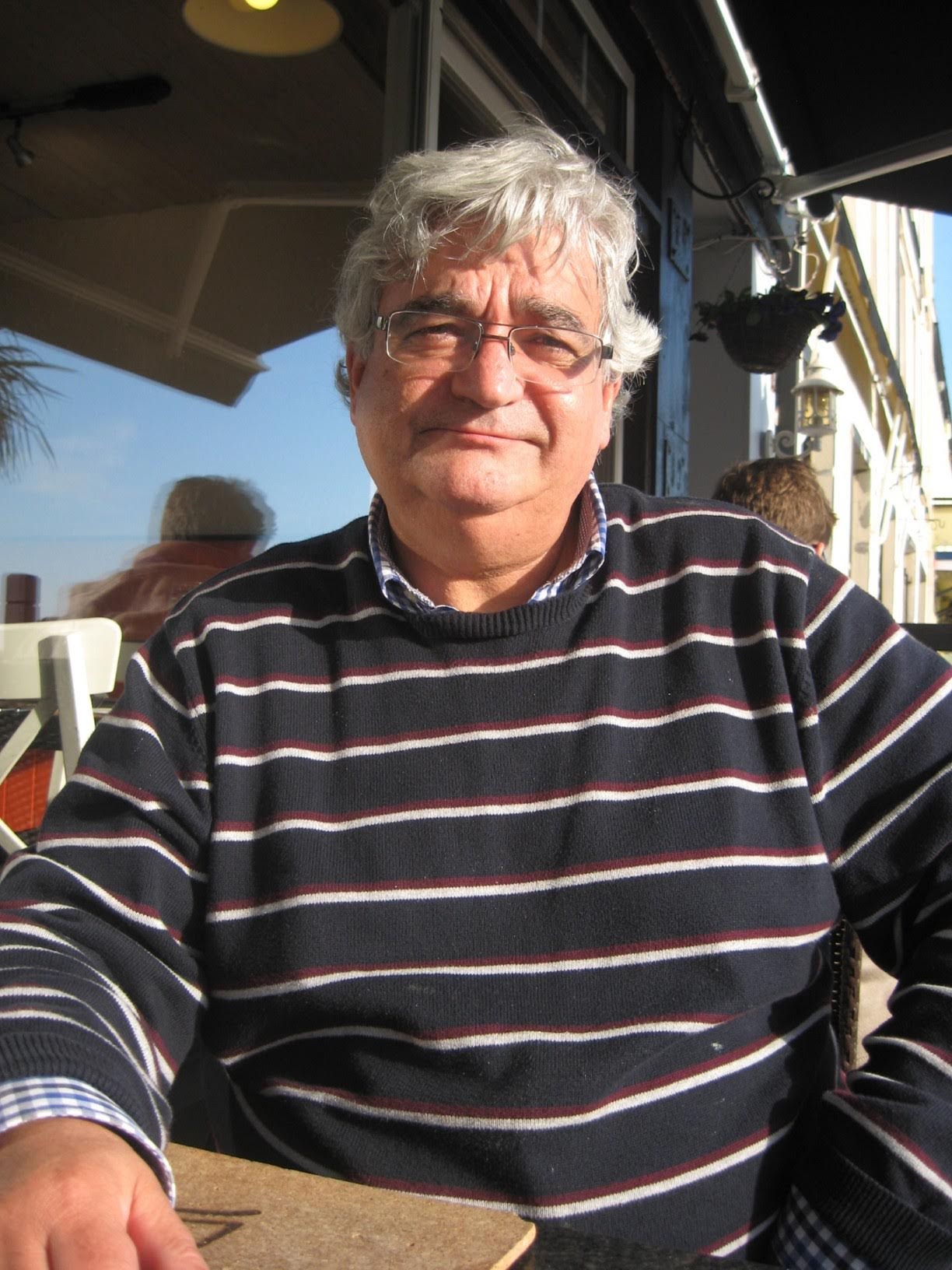 Pictured: Andrew Gilson spent more than 7,500 pouring over documents as part of his research for his book, ‘The German Occupation of Jersey - Agriculture and survival in a time of war'.

Once he retired in September 2014, Mr Gilson found he had more time to gather his thoughts and set to work on his new book the following month.

To research the book, he has spent over 7,500 hours pouring over 5,000 pages of documents in 300 files. In 2020, he was provided with a whole host of new material when a slew of new files, documents and diaries were made available at Jersey Archive on the 75th anniversary of Liberation.

For example, he was allowed access to a previously unseen biography of Dr Hans Egon Pelz, the German Head of Agriculture and Food Supplies on the island during the Occupation.

Highlights from the book include the German attempt to breed a 'super-cow' by cross breeding the Jersey cow with continental species, the importance of tobacco as a currency in Jersey and the battle to keep the islanders on full-fat milk as opposed to the German insistence on semi-skimmed.

Reflecting on his favourite sections of the book, Mr Gilson explained that, during research, he found himself "surprised at how many farmers helped slave labourers."

Through his examination of newly released correspondence, he said he had been able to gather a number of case studies of farmers who risked everything to hide slave labourers from the Occupiers. 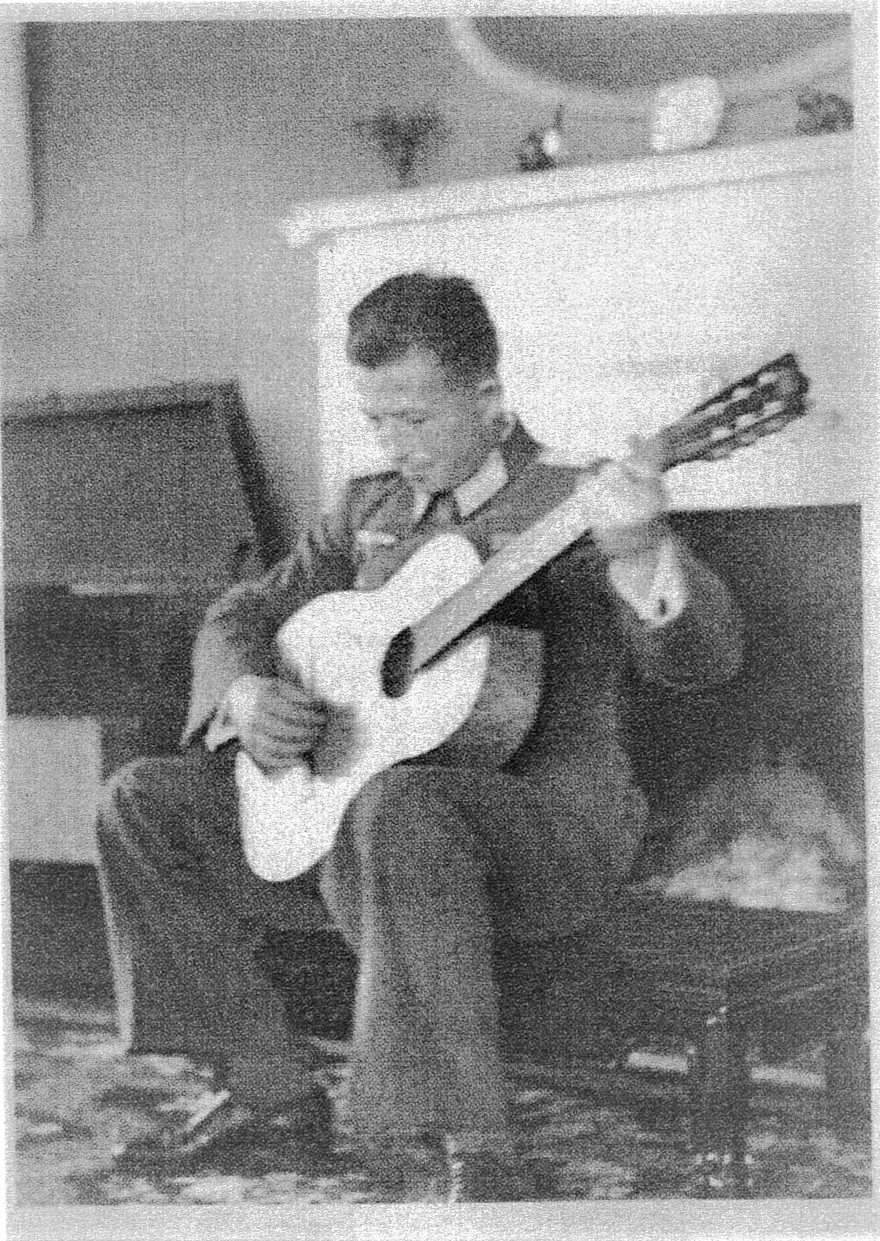 Pictured: A previously unseen photograph that will feature in the new book - Major Hans Egon Pelz, Head of Agriculture and Food Supplies, learning the Classical Guitar.

For instance, Dennis Le Flem was arrested and threatened with being sent to a concentration camp for having leant his ID card to Peter Bokatenko, an escaped Ukrainian boy. He also discovered that the German authorities in the island were ordered to organise a manhunt to capture escaped slave labourers in hiding on the island. As such, Parish Connétables were ordered to gather up posses of up 25 local men to go out on the hunt.

Secondly, Mr Gilson said he is also particularly excited about the chapter entitled 'Collaborators or competitors'. The war was surprisingly beneficial to Jersey's cattle herd, it turns out. Over the war years, Mr Gilson explained that the German forces implemented a culling programme that saw the unproductive or weak specimens in Jersey's herd gradually culled to provide meat for the local garrison. As such, by the end of the war, Jersey had an impressive herd and exports abroad, particularly to the United States, became a huge money-spinner.

Indeed, one local farmer, Noel Holley, became a local celebrity after selling a "£1 million bull" to a buyer in the United States. This business became particularly contentious after the Occupation ended, and people started to point fingers at those seen as 'collaborators'. Mr Gilson discovered that the two people most consistently named, were also the two biggest cattle exporters in Jersey. While he encourages people to reach their own conclusions, he said he wonders whether the reason for the finger-wagging was professional jealously rather than vengeful patriotism.

Research and writing has been a lengthy process, with two years dedicated to proof-reading alone.

With the manuscript now written and checked, 'The German Occupation of Jersey - Agriculture and survival in a time of war' is now due to be published in March 2023.