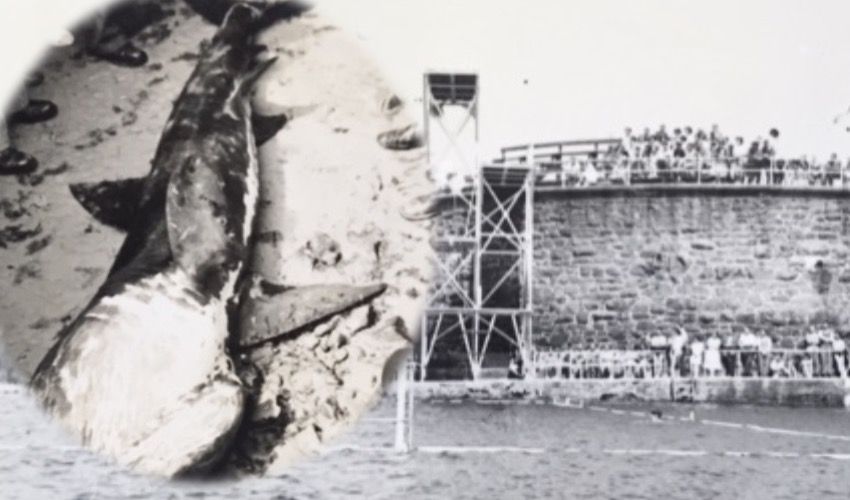 One of Jersey's top marksmen had to be summoned from his home after 'Jaws' shocked swimmers by targeting one of the island's most popular bathing spots.

The shotgun seaside drama unfolded on a summer's day in the 1950s, as Jersey Heritage historians revealed...

The Havre des Pas Bathing Pool has provided the location for a great many events and spectacles since it opened in 1895 and even attracted a visitor of a rather unexpected variety found its way in July 1951, much to the shock of bathers who quickly cleared the waters.

On 10 July 1951, at about 13:00, Frank Gosselin, an attendant at the Pool, reported seeing a shark in the water just on the other side of the bridge.

He quickly informed Peter Beveridge, the Secretary of the Swimming Club and Manager of the Pool, who stopped any swimmers from entering the water. Uncertain of what to do next, he set about informing the Harbour Office and the Police Station of the frightening intruder. 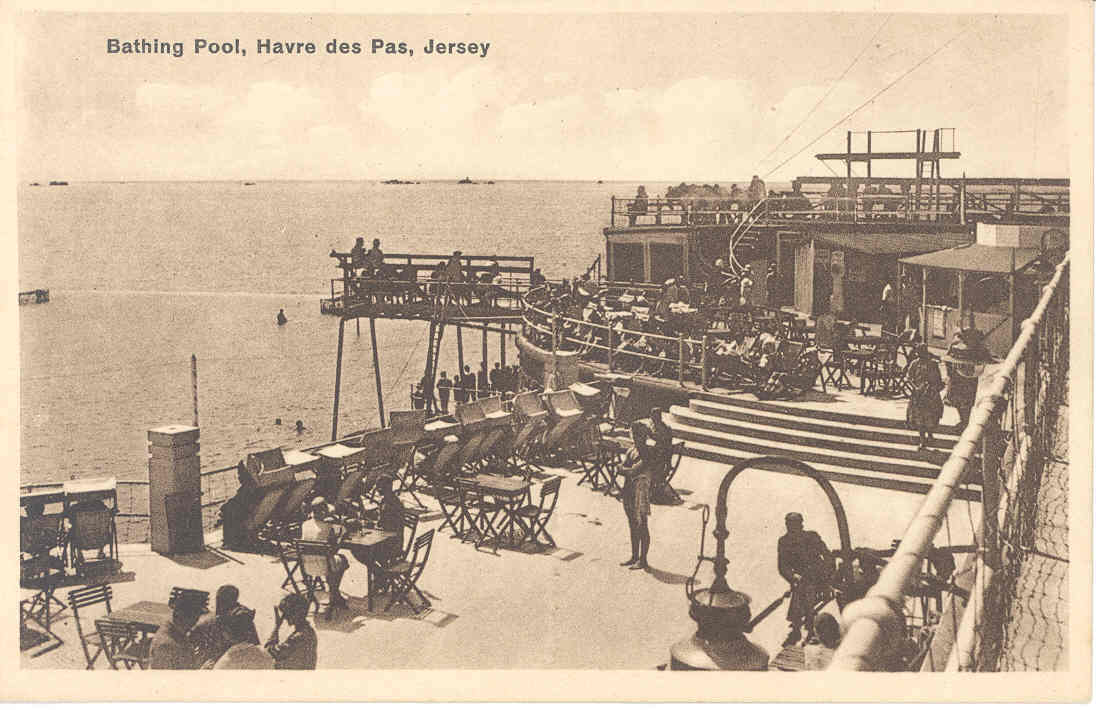 Pictured: Bathers at the pool were shocked to see a shark make its way to the waters in 1951.

Two boys who were there at the time claimed they were some of the first to see the shark. They said they were searching for crabs, “when we suddenly noticed a large object in the water."

"We thought it was a big lump of rubber," they added. "Suddenly the object kicked into life and swam for the bridge, getting wedged in the trestling."

From there, the shark managed to get through the bridge and make its way into the Pool. At this point, word of his appearance had begun to spread and a crowd started to gather. 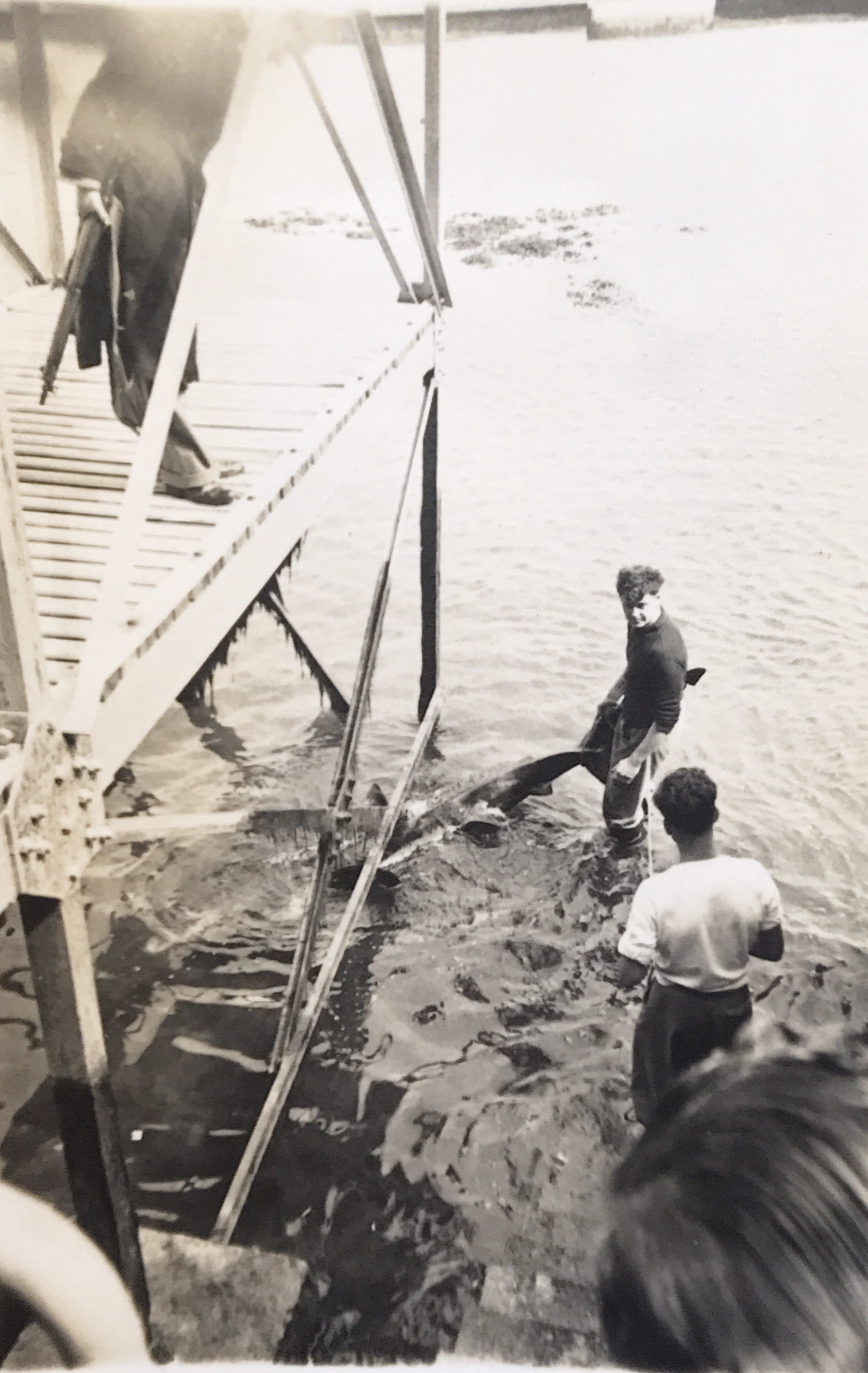 Pictured: The intruder was a a 10-ft juvenile basking shark.

Unsure of how aggressive or dangerous the shark would prove to be, the authorities took the decision to shoot the predator.

Mr Bree, an excellent marksman and a highly regarded member of the Jersey Rifle Association, was called in at his home on the Coast Road in St. Clement.

Aiming from the far side of the Pool he took one shot, hitting the beast. Moving around to the other side of the Pool, he took aim once more and killed it with two shots. By this time, the Bathing Pool sluice gates had been opened and the water had started to drain away. 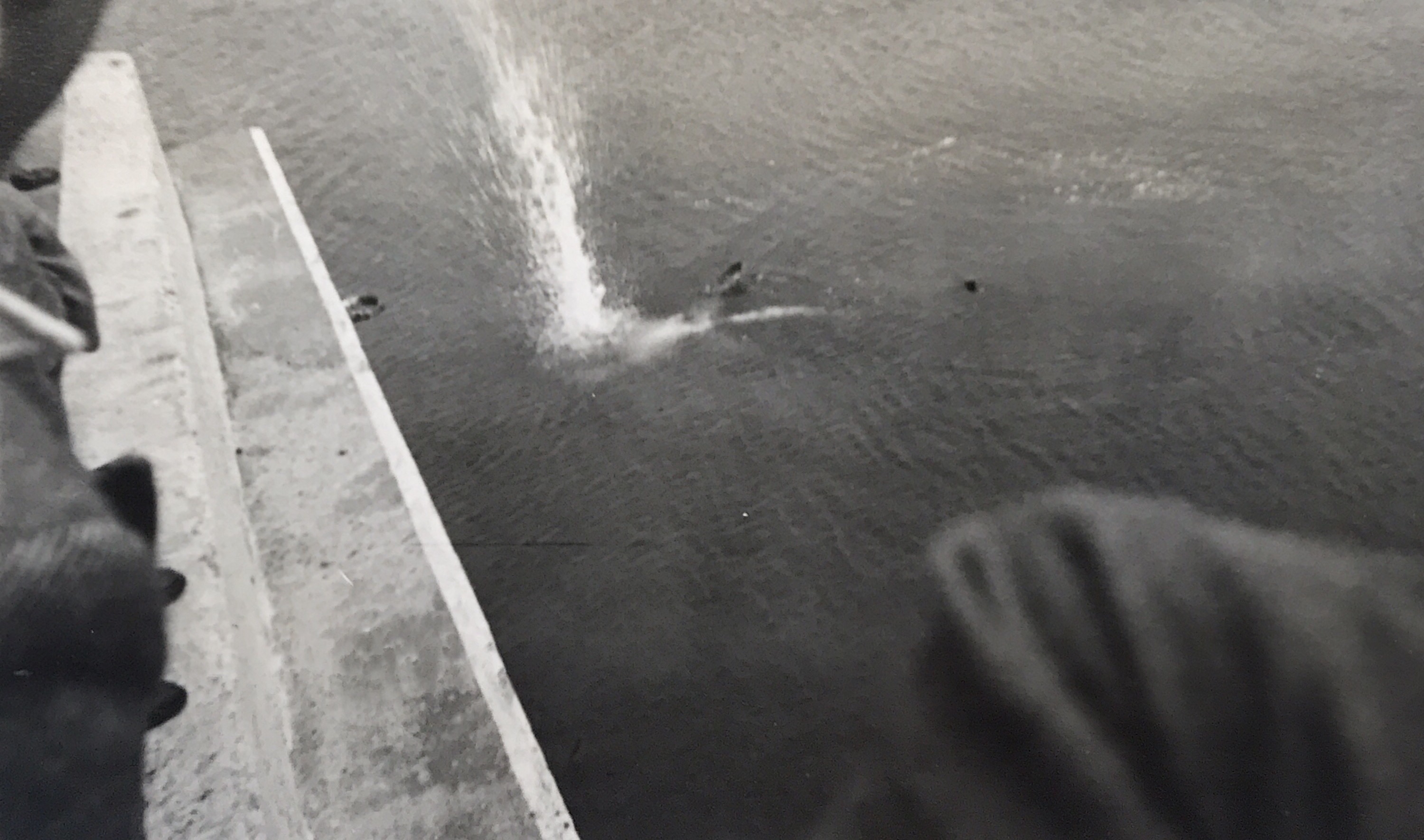 Pictured: The shark just after being shot.

Officials of the Club went to the bottom of the stairs, where the shark had come to rest, and took it out of the water. It was sent to the abattoir, where it was discovered to be a 10ft juvenile basking shark.

People at the time wouldn’t necessarily have been aware that basking sharks were harmless; it was the first time that one had been recorded in local waters.

The panic was natural, but the actions taken after it was discovered in the Pool would undoubtedly be different today. 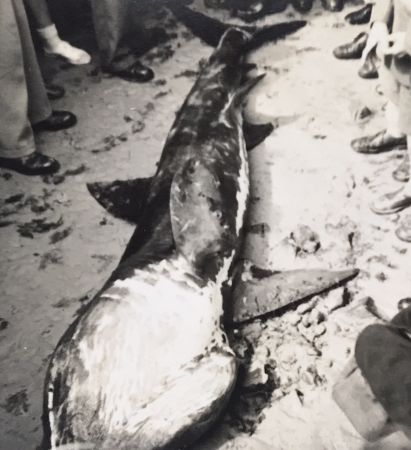 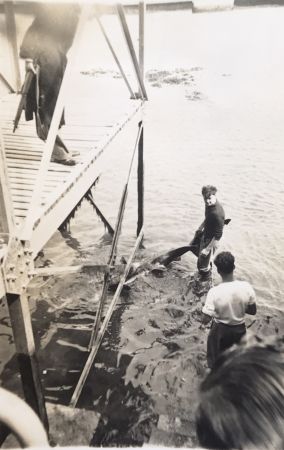 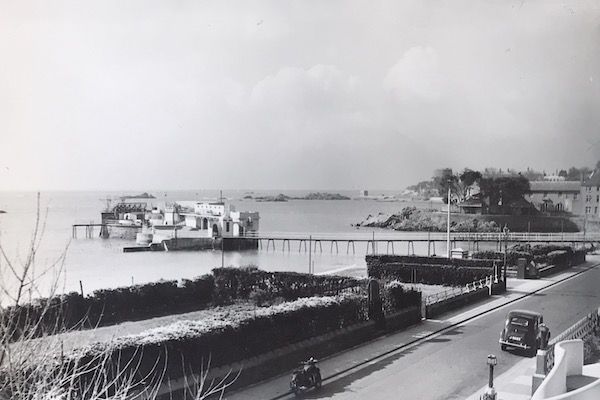 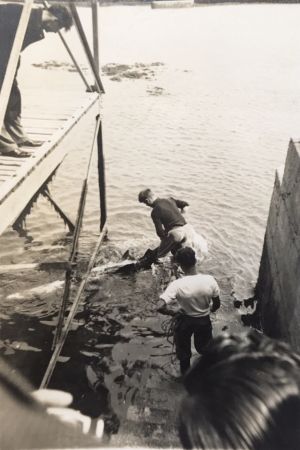