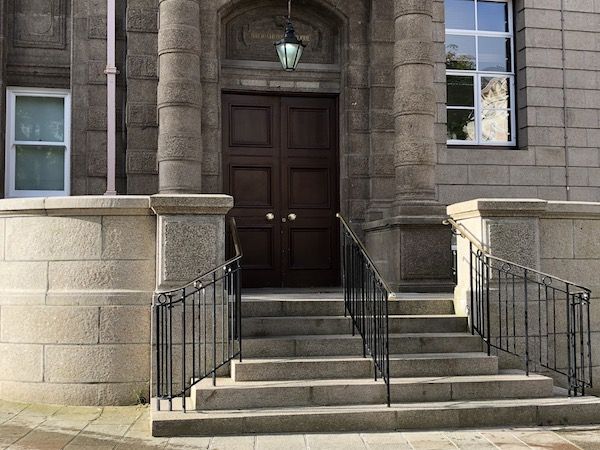 The fraud trial has begun of a former financier accused of losing £2.7million of money from clients – including an elderly woman with failing eyesight and retired teachers – by knowingly getting them to invest in a high-risk company.

It’s also claimed he ran a finance business when he wasn’t registered, and that he lied to the Jersey Financial Services Commission.

In all, 50-year-old Chris Byrne, who ran Lumiere Wealth Limited, has been charged with a total of 18 offences involving nine parties, which he denies. The trial is expected to last up to six weeks.

Outlining the prosecution’s case, Advocate Simon Thomas began by telling the Royal Court about the accused’s background, the company he set up, and the clients who invested in the company.

Mr Byrne was born in Ireland and came to live in Jersey aged 21. He got a job in a local bank in 1991 as a clerk, and slowly worked his way up the ranks. He later joined a local firm of financial advisors. Then, after a brief break, he set up his own company, Lumiere Wealth Limited.

The point of highlighting this, Advocate Thomas told the court, was to show Mr Byrne had considerable financial experience and was familiar with the standards expected of those working in the industry. These include having the highest regard for clients, and being open with them.

It’s claimed that whilst working with the local firm of financial advisors before setting up his own company, Mr Byrne was introduced to a Brazilian company called Providence. It dealt in Brazilian factoring – a financial process whereby it would buy up company debts for less than the total amount and profit by chasing up those debts. The company’s boss, Antonio Buzaneli, promised investors massive returns of up to 28%.

It seems Mr Byrne was impressed and not only put some of his own money into the company, but also persuaded a number of clients to invest as well. The prosecution claims Mr Byrne advised some of those clients to invest in the company whilst he was between jobs at a point when he was not registered under the Financial Services (Jersey) Law to give advice. They also allege that he failed to tell investors that Providence was a ‘high risk’ investment, and was only suitable for experienced investors. Many of his clients were elderly or vulnerable, only had a small amount of money to invest, and were allegedly financially cautious. In essence, there was a mismatch of client and investment.

But, there are other things it’s claimed Mr Byrne didn’t tell investors. These include the fact Providence was a major shareholder in Lumiere, and that he was getting commission for pushing investments in Providence.

Having explained Mr Byrne’s background and a little about the running of Lumiere and Providence, Advocate Thomas moved on to tell the court about each of the nine investors. They ranged from a woman in her late 70s with failing eyesight and her husband who invested £600,000, to a retired nurse who invested £200,000, and couple of retired teachers who ‘cashed in’ their son’s inheritance and invested £165,000. None, it was said were experienced investors. Many were previous clients, friends, or friends of friends. All were said to have trusted him.

In chronologically taking the court through events, Advocate Thomas painted a picture of Mr Byrne as a man who was coming under increased pressure to meet targets, attempting to plug financial holes, and deal with increasing presure from the off the Jersey Financial Services Commission.

In December 2015, two investors became so alarmed about their investment they demanded their £250,000 back. It’s claimed rather than have them go to the JFSC – who had previously expressed some concerns about Lumiere – and risk an investigation the money was found to refund them. But, that left Mr Byrne having to find more investors to make good the ‘loss’. On another occasion, it’s claimed a couple who had recently moved to the island from Australia, had a penalty clause of £2,500 for withdrawing their money early paid off by Lumiere so the firm would get £350,000 of investment to aid its cash flow.

Lumiere Wealth was ordered to be wound up on 4 October 2016 after a hearing held by the Jersey Royal Court under Article 155 of the Companies (Jersey) Law (as amended).

The prosecution will continue to outline its case against Mr Byrne this morning. In all, 31 witnesses are expected to give evidence.

The case is being heard by Royal Court Commissioner Sir John Saunders and Jurats Charles Blampied and Robert Chistensen.