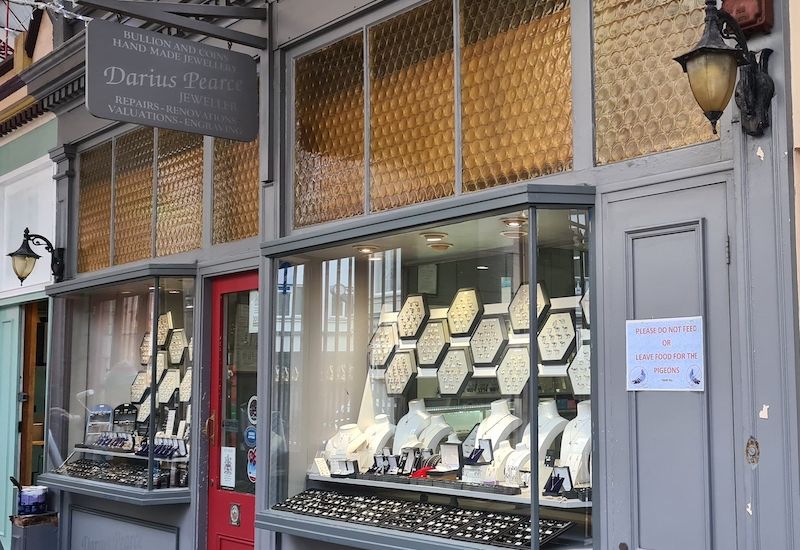 A Central Market jeweller has been found guilty of laundering money used to fund an audacious attempt to smuggle almost £1m of Class A drugs into Jersey.

Darius James Pearce (48) was found guilty of accepting money dropped off at his shop on three occasions in 2019 but the Crown presented a lot more evidence over the course of his week-long trial going back to 2016, to help prove its point that Pearce knew that the drop-offs were linked to criminal activity.

That criminality reached its zenith in July 2019, when a gang of smugglers attempted to land cocaine, MDMA and cannabis into Jersey using a chartered yacht that sailed from the UK and anchored near St Catherine.

But Police and Customs Officers had been tracking their movements for months and swept down on the gang as they brought the drugs ashore. Six men and one woman were jailed for a total of just under 74 years by the Royal Court in September. 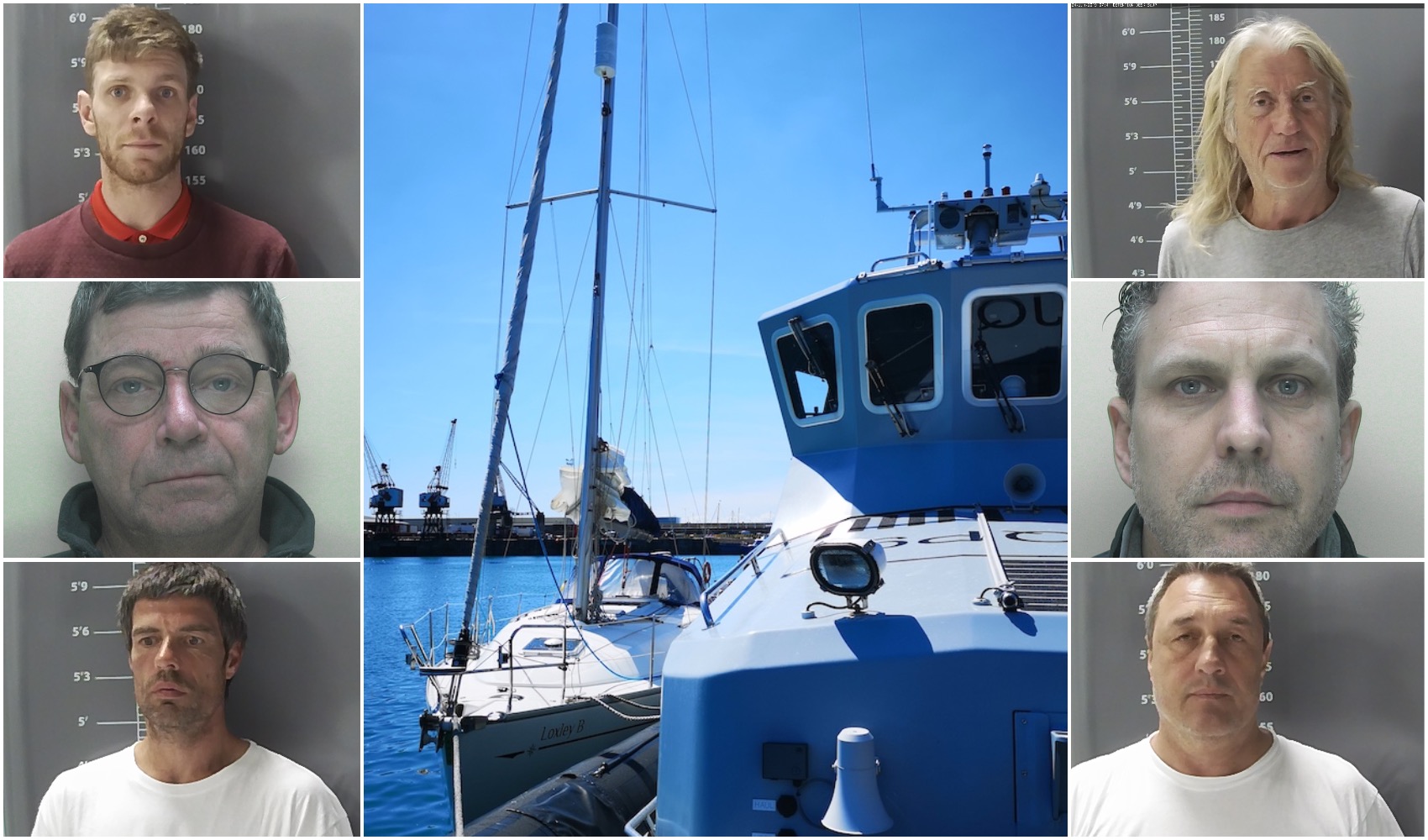 Pictured: Members of the drug ring Pearce had been associated with were jailed in September.

Although the police had surveillance on the three drops on 13 March, 24 April and 1 May 2019, they also looked through his bank statements and online ledger to find other evidence of cash linked to the criminal enterprise going in and out.

They also looked at when Pearce bought gold in London with the money and who he told the bullion dealer would pick it up on his behalf.

Before August 2018, he authorised a number of UK members of the drugs gang to pick up the gold on at least 14 occasions by sending over their passport details to his main dealer, called Hatton Garden Metals. In total, they collected over £130,000 of bullion.

One of the men suspected of being a ringleader of Operation Lion, who is currently awaiting a trial in Australia for another yacht-related smuggling attempt, took his girlfriend with him when he picked up gold in 2016.

She was a witness at this week’s trial, and told the court that her (now ex-) partner took the newly purchased gold and sold it for cash at a dealer a few doors down.

Pictured: Pearce declined to take the stand during the trial.

This method of cleaning the cash came to a sudden end in August 2018 when one of the gang - Colin Sait, who would later sail the yacht over the Channel to Bel Val bay - picked up the gold and then asked the dealer where he could sell it.

This raised their suspicions and the manager of the business terminated its arrangement with Pearce.

Pearce simply started using another dealer but knowing that they wouldn’t authorise others to collect the gold, he started going over to London himself.

Each of the three cash drop-offs in March, April and May 2019, just weeks before the July importation attempt, followed the same pattern: soon after the cash had been delivered, Pearce would bank it by using the automated paying-in machine at HSBC in King Street.

He would buy gold over the phone or electronically from a London dealer and book a flight to London for a few days’ time. He would then travel to London for a day or two to pick it up and then resell it for cash.

It is not known what happened to the money after that but it is presumed that it was used to buy the drugs, which had a street value of up to £919,000.

The Crown, represented by Advocate Matthew Maletroit, argued that Pearce clearly knew what he was doing: he had arranged for the money to be dropped off and he knew, or at the very least suspected, that he was dealing with a criminal gang.

Pearce denied this, arguing that he did not suspect criminality and any evasiveness or “half-truths” in his story were due to an ongoing dispute with Customs on whether GST should be charged on investment gold. His defence, however, was rejected by the Court, who found him guilty of all three counts.

Pictured: Darius Pearce says that he encouraged customers to pick up gold for themselves that he had purchased for them from London dealers because of a long-running dispute he had with Jersey Customs over GST.

Pearce was remanded in custody until next Wednesday, when a sentencing date will be fixed.

Posted by Private Individual on Dec 19th, 2020
Regardless if he was guilty or not, it now seems that you can be prosecuted and jailed for circumstantial evidence as this case shows, along with Curtis warren who had his car illegally bugged by the police.

I thought the case had to be proven beyond a reasonable doubt. Why was this case not conducted in front of a jury instead of 2 jurats?
To place a comment please login Login »

Handcuffing prisoner at father's funeral was breach of human rights