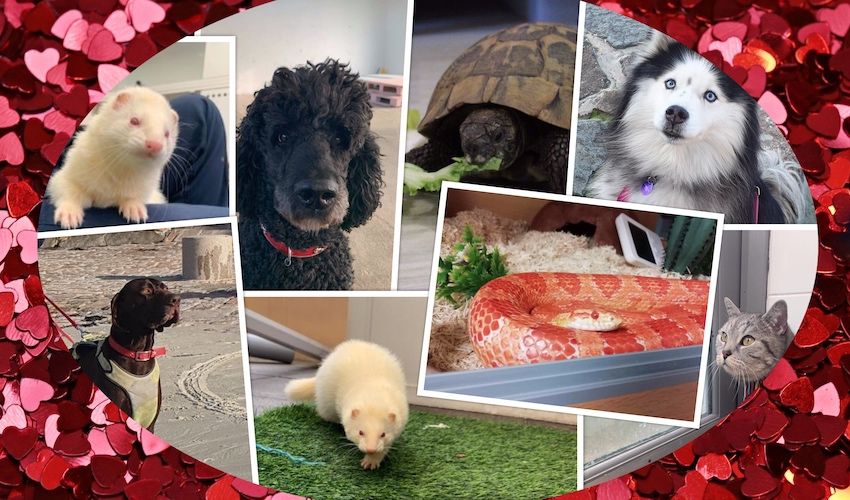 With some of its residents 'feline' lonely and needing some cuddles, the Animals' Shelter is inviting islanders to show some love to their collection of fluffy valentines.

Hamsters, guinea-pigs, dogs, ferrets, reptiles and cats will be at the 'Snuggle Booth' installed in the JSPCA reception from 13:00 to 16:00 tomorrow.

Red and Saska, two dogs who have both been at the shelter for several months, will be among the group.

But there will also be "older gentleman" Casper and "high energy" Roxy, two ferrets looking for a home, while corn snakes Mr Gilbert and Terry will try to slither their way into someone's heart.

Other members of the 'Lonely Hearts Club' include Mannie the poodle, Oliver the cat and McGinty the tortoise as well as birds, rabbits and guinea pigs .

For £2, islanders will get to snuggle some of the animals currently looking for a home and take 'selfies' with them.

Annie Keogh, Animal Care Assistant, said the team at the shelter hopes the initiative will give all animals some attention for Valentine's Day.

"We decided to make this event as we have a lot of animals who don’t get as much attention as others at the minute such as ferrets and reptiles, as well as dogs who are having no luck in the owner department," Annie explained.

"We are hoping that the snuggle booth will give our animals the snuggles they truly deserve this valentines and also give members of the public the opportunity to come and meet some of the animals in our care," Veterinary Department Manager, Jenna Baker, added.

The Snuggle Booth will also be the opportunity for islanders to learn more about the animals with a "slightly bad reputation" such as snakes and ferrets.

Annie said: "We thought the snuggle booth would be a good event to help some of the animals who haven’t had any interest yet, who knows if you come down you may meet your new best friend."

Dog owners are invited to bring their "hound and a few pounds" so that they can be snapped in celebration of their 'puppy love'.

The practice is even offering the option of a homemade card.

The booth is accessible for a minimum donation of £3, with proceeds going to charity Pets as Therapy.

Maja Jeromkin, Student: Five things I would change about Jersey