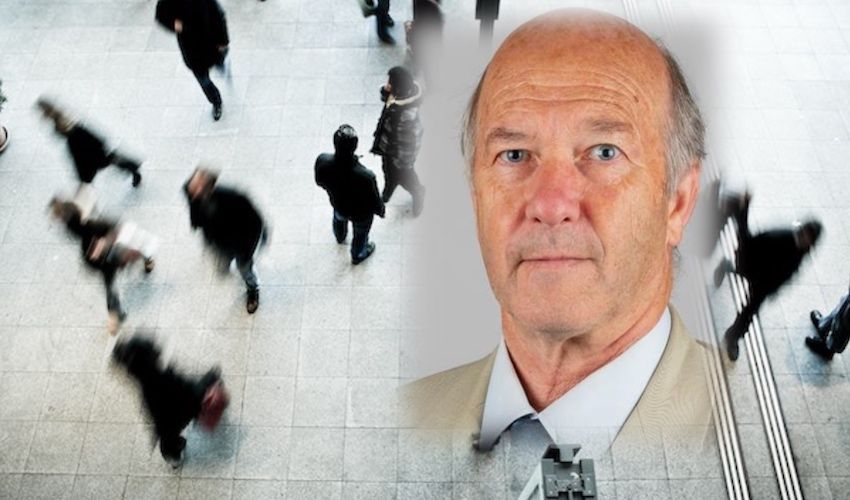 The government has insisted that progress on Jersey’s population policy won’t be pushed back after a dangerous driving charge led the politician leading development efforts to "step aside."

The Migration Policy Development Board – an advisory panel of politicians and lay members tasked with researching the options Jersey could take when devising an immigration system – is due to deliver its final report to the Chief Minister imminently.

Despite their Chair, St. John Constable Chris Taylor, having “stepped aside” from his duties as Assistant Chief Minister after being charged with driving dangerously in June 2019, the government says that the Board is still on track to file their final report before the end of January.

Whilst Constable Taylor has temporarily opted out of his Ministerial duties, a government spokesperson told Express that Social Security Minister Deputy Judy Martin will chair the Migration Policy Development Board in the meantime, while Senator Lyndon Farnham will take over Constable Taylor’s role as Chair of the Housing and Work Advisory Group (HAWAG).

The spokesperson added: “While Constable Taylor has stepped aside from all official duties, he continues to hold the position of Assistant Minister.”

The January deadline for the delivery of the Board’s findings emerged within the Assistant Chief Minister’s response to a report penned by the Corporate Services Scrutiny Panel, which examined the Migration Policy Development Board's approach.

Filed prior to the Constable's 'side-stepping', the report levelled a number of criticisms at the Board, but primarily focused on: the make-up of the board; the level of consultation across all industries; lack of progress; and the materials considered by the board members.

Responding to the Scrutiny panel’s recommendations, Constable Taylor defended how the policy board carried out its work and the selection of its members.

When challenged about lack of representation for different industries and diversity on the board, Constable Taylor responded: “To keep the board to a manageable size it has not been possible to have representatives from all industries.”

Of the board’s diversity, Constable Taylor said: “The Board was selected based upon knowledge, experience and enthusiasm. The Board was opened up to lay members in order to get a wider understanding of the issues and to include the views of those who are not currently politicians. The Chair does not discriminate by age, gender or nationality.”

Concluding his response, the Assistant Chief Minister said: “I am grateful to the Corporate Services Scrutiny Panel (CSSP) for its detailed review of this important subject. The comments raised by the CSSP have been carefully considered by the Board.

“As with all projects it is right to review the work carried out and to reflect on the processes used. This will allow for future Policy Development Boards to evolve their processes and set up procedures.

“I would like to thank all members of the Migration Policy Development Board for the effort and commitment that they have given. I would like to extend special thanks to the lay members of the Board for the valuable knowledge and insights that they have brought. All of the lay members’ posts are honorary and the Board’s work has required a significant investment of their time.

“The Board looks forward to presenting its recommendations to the Chief Minister in January 2020 and trusts that its work will help inform a future debate on responsive migration controls for Jersey.”

The commitment to deliver the policy development board’s final report by the end of the month follows a speech by the Chief Minister at a recent Chamber of Commerce event, promising “a year of action” – including a debate on population by the summer.

Explaining this process to get to that stage, a government spokesperson said: “The remit of the Migration Policy Development Board is to act as an advisory panel for the Chief Minister. The terms of reference for the Board are that its findings will be drafted into a report and provided to the Chief Minister.

“The Board expects to submit its final report to the Chief Minister at the end of January, and the findings will also be provided to the Council of Ministers. It is up to the Chief Minister to decide how he wishes to progress the recommendations of the Board once he has considered them. He has explained in his Chamber of Commerce speech that he is aiming for a States Assembly policy debate on migration controls to take place this summer.”