Ministers say Waterfront must go ahead despite protests 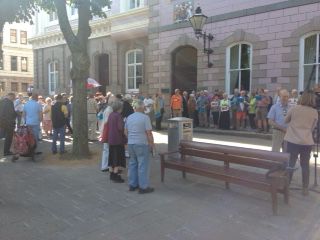 Ministers say Waterfront must go ahead despite protests

Taxpayers will lose millions if work on the new finance centre does not go ahead immediately, say the Council of Ministers.

With public disquiet mounting about the controversial development – and more than 100 Islanders protesting this morning as Members arrived in the States for a last-minute debate on a short delay – ministers have said that there is no time to wait until the end of the month for an independent Scrutiny report.

And they say that holding off, even for a few weeks, would break legally-binding agreements signed by the States’ development company and give Jersey a reputation as an unreliable partner to do business with. 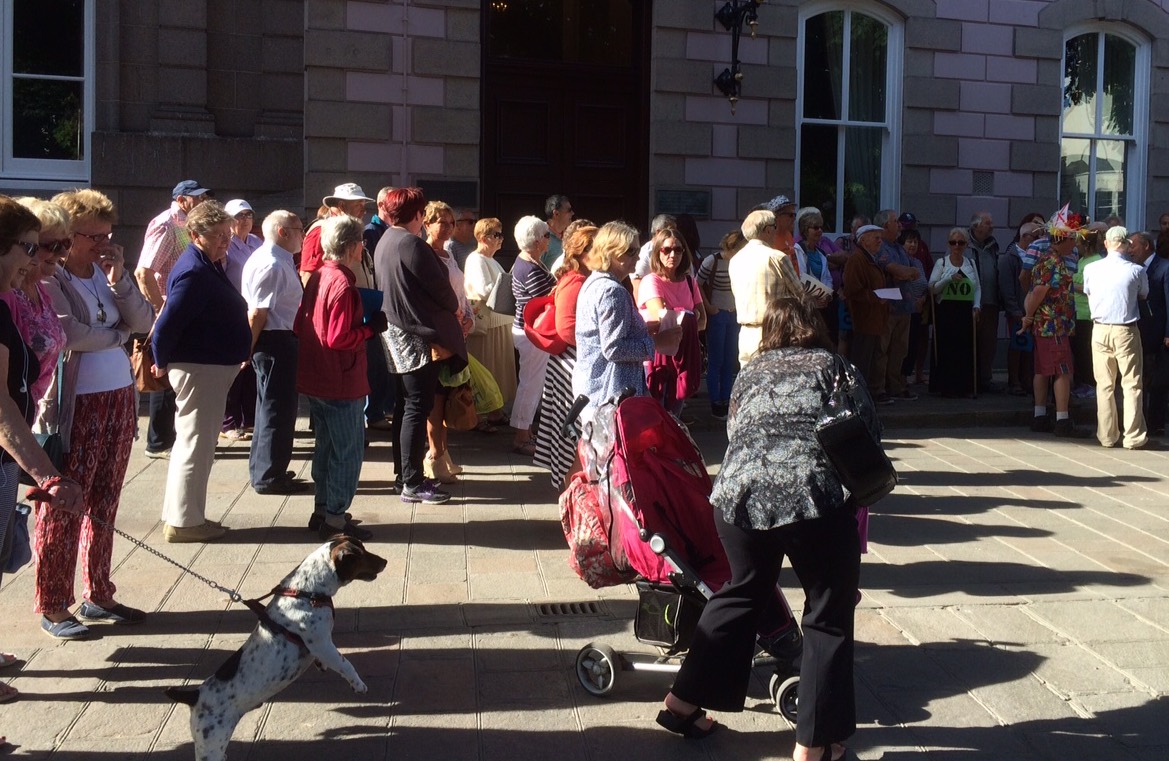 Their comments come ahead of the debate on Deputy Montfort Tadier’s proposition to stop work ahead of a Scrutiny report – expected by the end of the month – has been published, and until the States give their approval again.

In their comments, the Council of Ministers say: “If we stop the development now, as the proposition asks, the States of Jersey Development Company will suffer significant financial losses. In line with States decisions, they have entered into legally binding agreements to let premises, to borrow money, and to construct Building 4.

“Perhaps even more importantly, our reputation as a reliable partner for business would be fundamentally compromised. We should not place ourselves in a position where the democratically elected Assembly makes decisions, contracts are entered into, and then we have to break those contracts because the Legislature changes its mind."

Last month, it was announced that after years of delays and missed deadlines, work on the Waterfront finance centre was finally due to start after UBS signed a lease for part of the first of a planned six buildings. Local firm Camerons are due to construct the building, which will house UBS’s 200 staff.

But last year States Members and the public were told that work would only start when 200,000 square feet of offices – the equivalent of almost two entire buildings of the six-block development – had been signed up by tenants in secure contracts.

That commitment was originally given in 2009, but was repeated in February 2014 – six months before the last election.

Ministers have since said that the commitment was made by mistake, and that the 200,000 square foot threshold referred to a previous arrangement with private sector developers.

Posted by david forde on Jun 16th, 2015
These incompetents use that in the hope the public swallow the story. They should be held accountable!
Posted by June OKeeffe on Jun 16th, 2015
This is a message to the public, in future do not support, give assistance to, opinionate or assist the states in any way - why - they dont care about the people of Jersey and tougher tactics must be found
Posted by nigel pearce on Jun 16th, 2015
Will the 'millions' we lose by delaying be more or less than the millions we shall lose by going ahead?
The public of Jersey have spoken. The States' members should listen to their wishes, not just to the voices of those with financial interests.
Posted by Simon Dodkins on Jun 16th, 2015
I do hope all those who voted in favour of this disaster have their new careers mapped out. I cannot imagine a single one of them being voted back in the next time they actually have to listen to us at election time. This is a disgusting display of the lack of willingness to listen to the public. They tell us if the development is stopping Jersey will be seen as an unreliable partner. So tell me, how will going ahead with the development look in respect to the governance of Jersey? How poorly will Jersey look to the outside world with respect to its elected officials actually representing the people? How will Jersey look when it is saddled with (another) white elephant?
Posted by Jon Needham on Jun 17th, 2015
A sad day where democracy has not had it's say. The Minister will ultimately bare the responsibility and be accountable. Yes the plan has in origins in 2002 but the world is a different place since 2008. More particularly the world of finance is demonstrably different.
Posted by Davey West on Jun 17th, 2015
June OKeeffe above is correct and we as family have discussed this. It is obvious that the Ministers and other politicians have their own personal agendas, and care nothing for working islanders. We have just sent back the latest social review, and suggest that they fill it in themselves as the states don't listen. Any correspondence from the states and St Helier Town Hall, will be sent without the post code or department being named.
All legal, let us see what happens in the near future when the rest of the population becomes unhelpful. Oh yes, we will pay our St Helier rates and all accounts at the end of the allowed time. Certainly not when the bill arrives as we normally do. Silly politicians.
To place a comment please login Login »