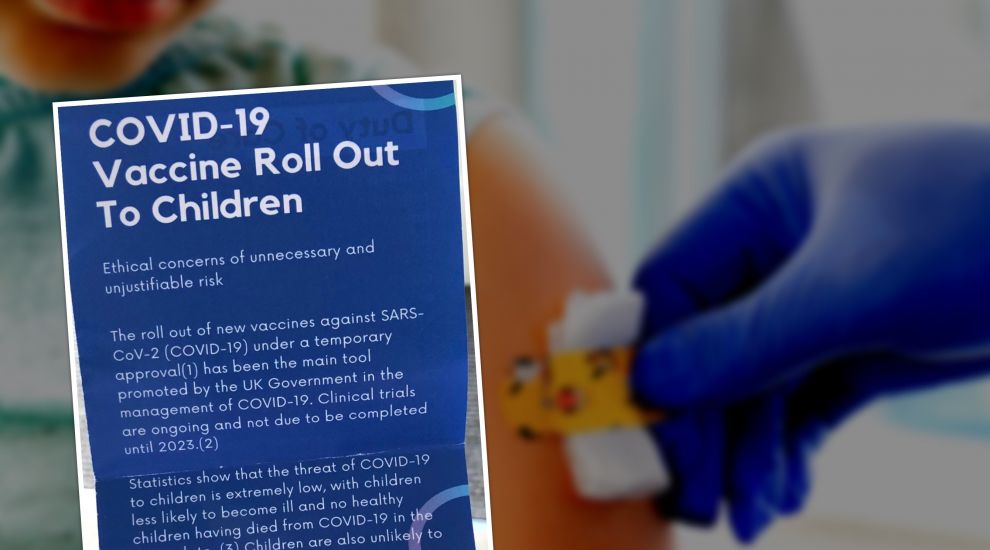 A doctor is warning islanders about leaflets containing “misinformation” on vaccinating children being dropped outside local schools.

The leaflet, which appears to mimic the style of official Government communications, speaks of “ethical concerns of unnecessary and unjustifiable risk”. It also references Nazi experiments.

The author of the document is not featured.

The covid vaccine is not currently being given to under-18s in Jersey, but discussions are ongoing about doing so in future. Jersey’s vaccination programme follows the guidance provided by the UK’s the Joint Council on Vaccination and Immunisation (JCVI).

Emergency Department Consultant Dr Rob Greig said he encountered one of the leaflets in the area of St. Martin’s School yesterday.

He said he was particularly concerned that it referenced Nazi experiments and resembled a Government of Jersey document, and decided to contact Medical Officer for Health, Dr Ivan Muscat, about it, as well as warning islanders on Twitter.

“Leafleting anonymously outside of schools is just wrong: it’s misinformation that causes doubt it’s similar to what we have seen in social media,” he told Express.

This is so wrong.
Individuals are now leaflet dropping parents outside of primary schools.
The appearance of the leaflets suggests it’s from @GovJersey.
It is not.
IF it comes to the stage that certain ages need vaccinations it will be done with science behind it. #jerseyci pic.twitter.com/IGwC8D5Qlw

“It’s also wrong that the leaflet has the appearance of something from our Health Service - that’s a clever psychological ploy that gives this leaflet initial kudos and makes the reader more open to the concepts within.

“Our medics make sensible, informed, metered decisions that are shared openly with the people of Jersey.

"We need to continue having faith in Dr Muscat and the Public Health team.”

Dr Greig also issued a reminder that covid itself can cause PIMS-TS in children, “a disease that has cardiac consequences.” 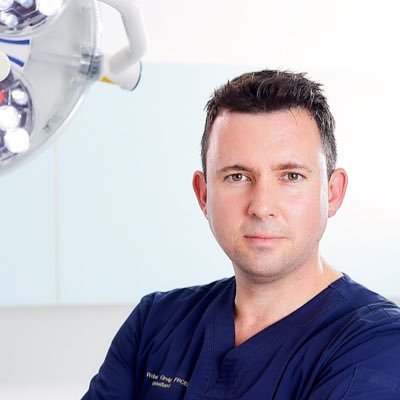 Pictured: Dr Greig said the decision to mimic the style of Jersey Government communications was a "clever psychological ploy."

“Lots of viral diseases in children can have serious sequelae but vaccinations have prevented that,” he noted.

This morning, Vaccination Lead Becky Sherrington said her team was “really disappointed” about the leaflets, describing their contents as “misinformation”.

Health Minister Deputy Richard Renouf added: “We are aware, that yesterday a leaflet was distributed outside some schools, containing unofficial COVID-19 vaccination information.

“Members of the public can be reassured that the Government of Jersey, including all departments and schools, does not endorse any of the messages contained within the document nor does it condone the spreading of misinformation." 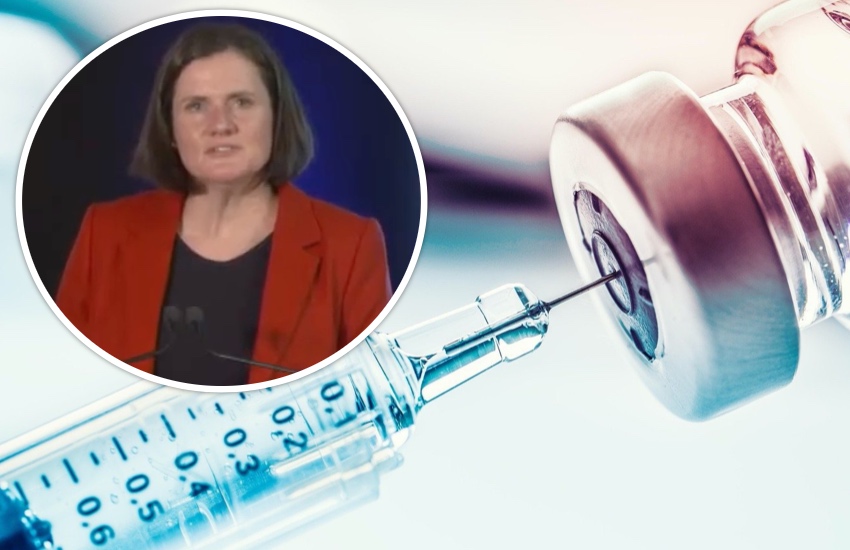 He continued: “Any decision to vaccinate those under 18 is yet to be made by the Joint Committee on Vaccination and Immunisation and UK health authorities.

"Throughout the pandemic the Government of Jersey has followed the advice of this body, the Medicines and Healthcare Regulatory Agency and UK health authorities to ensure public safety.”

According to the latest vaccination statistics, around 70,000 first doses have been given, while around half of the population is now fully vaccinated with both jabs.

In November last year, the Government launched a campaign against 'fake news' on covid-19. 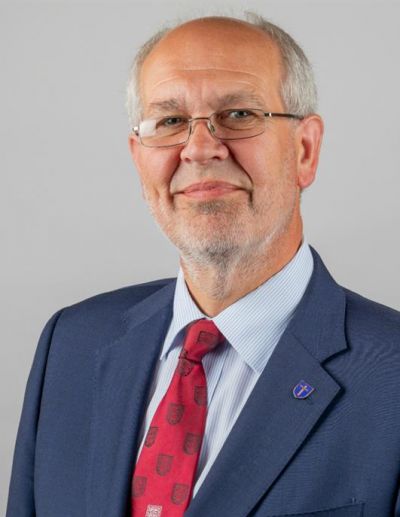 Pictured: The Health Minister was clear that a decision had not yet been made on whether under-18s would be given the covid vaccine.

In November last year, the Government launched a campaign against 'fake news' on covid-19.

With social media being used to share information about the virus, islanders were urged to take the following steps to ensure the information they are reading, and sharing, is accurate:

More information about the Government's vaccine programme can be found HERE.

Posted by Martin on Jul 1st, 2021
I saw Elvis Presley delivering these whilst riding Shergar!

Joking aside, IF the author was SO sure of the accuracy of the contents then why not provide their identity?
Posted by Danny Moisan on Jul 1st, 2021
a symptom of brainwashing is "an ability to listen to or to entertain any other opinion of doctrine" and whilst this leaflet may contain some inaccuracies it is simply another point of view!
Posted by Private Individual on Jul 1st, 2021
It's very simple if you wish to verify if the leaflet is factual or not, have a look at the gov uk website and see for yourself, its yellow card system and the number of adverse reactions to the vaccine on it.

I am not anti-vaccine but people should have an informed choice. Most of what was on the leaflet are freely available information that is on government websites.

It should be the parent's and children's choice if they wish to take the vaccine or not. Where will it end if the government is allowed to dictate what medication you take?

Perhaps a cocktail of antiviral drugs to stop the aids virus from spreading amongst promiscuous teenagers?

It is a dangerous slippery path society treads when it allows compulsory vaccination at any cost.
To place a comment please login Login »