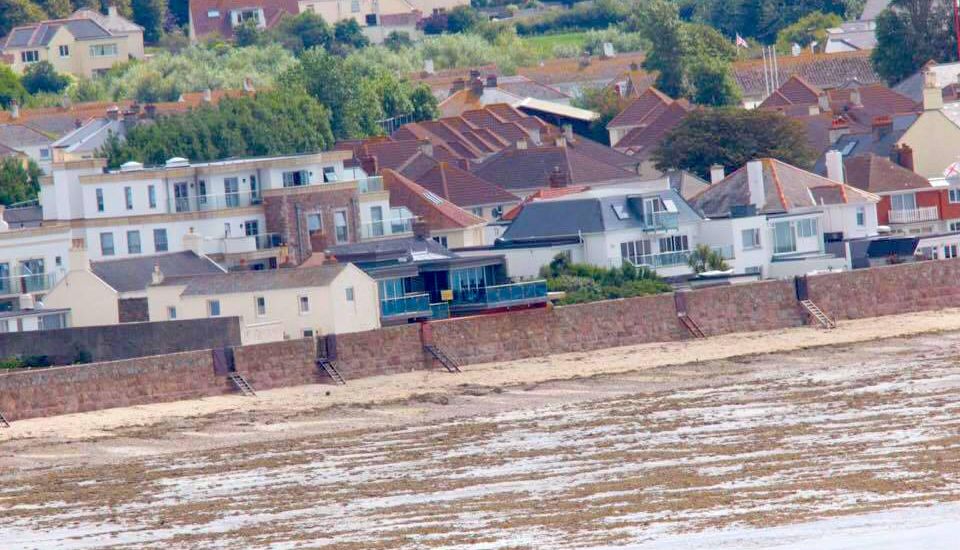 More than 400 properties along Jersey’s coastline could be made to pay the Government to rectify boundary issues under its new ‘Foreshore’ policy, Express has learned.

The policy, which has been years in the making, will feature a ‘sliding scale’ of retrospective charges for those with properties that have bought property on, or built on, ill-defined land between the historic high tide and low tide marks around the island.

That land – called the Foreshore – used to be owned by the Queen, but was gifted to the island in 2015. 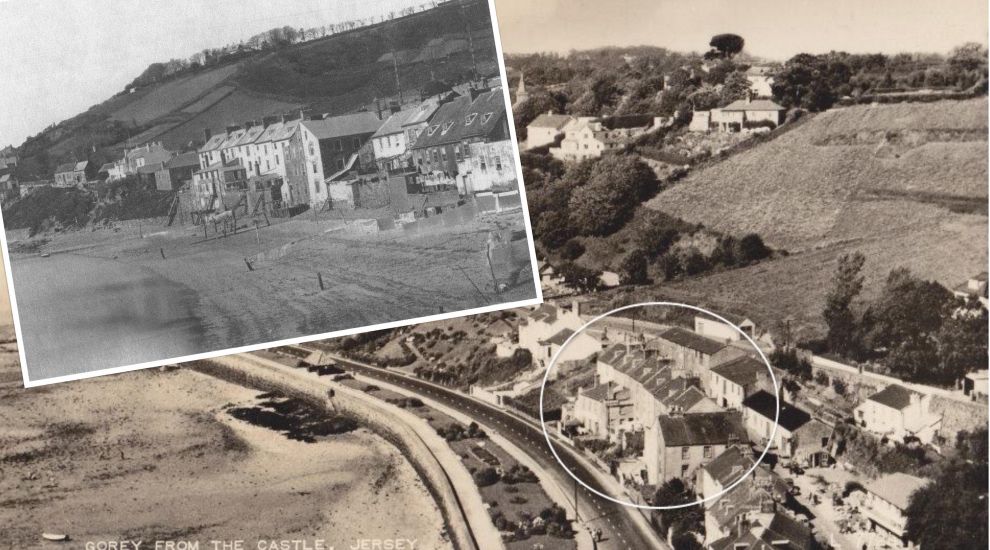 Pictured: The 'Foreshore' is vaguely defined as the land between the high and low tide marks - but historic images show how difficult that is to define at present.

Express revealed in 2017 that, since then, the Government has been quietly pursuing coastal property owners for ‘compensation’ for any ‘encroachments’ on this land when they go to sell their homes – even if they didn’t put them there themselves.

The rationale, they say, is that these property owners have unjustly benefited from public land, are stopping the public from accessing it, and may cause difficulties when the sea wall needs repairing.

But many homeowners will not have been aware that the land was not their own when they bought or extended their properties.

Some – like Julian Mallinson, who was fined around £20,000 over some wooden steps leading to the beach when he sold his property – had no reason to believe that extending their properties was wrong because they were given permission by the Planning Department and the Crown. 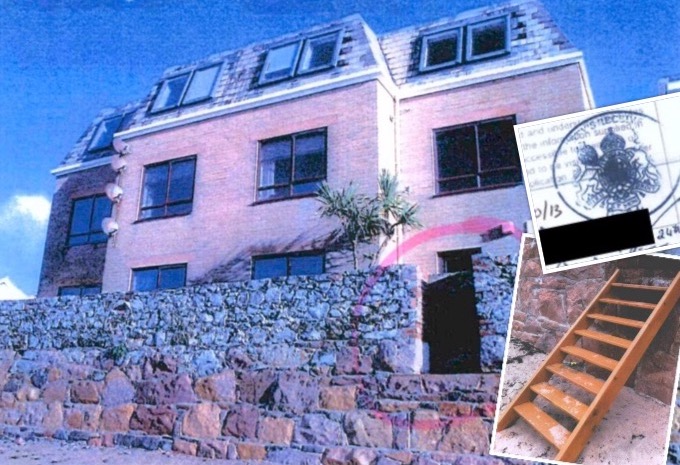 Pictured: Julian Mallinson had the Crown's permission to put some steps leading to the beach in place.

Alan Luce, meanwhile, was made to fork out £30,000. He nearly lost the sale of his home during what was already a difficult period in his personal life, and the saga caused him so much stress that he decided to leave Jersey.

For years, the pair have been campaigning for a transparent policy setting out exactly which properties sit on the Foreshore, and how much each person should pay.

Moreover, they say that the ‘trigger’ for making coastal properties owners pay shouldn’t be when they are “over a barrel” mid-property sale.

The States Complaints Board agreed with them in 2018 – but a finalised written policy is still yet to emerge.

However, Express has learned that policy is now close to completion and due to be released soon.

While one source described it as “zero tolerance”, it will include a sliding scale allowing for ‘discounts’ depending on how long the encroachments have been there and their severity. 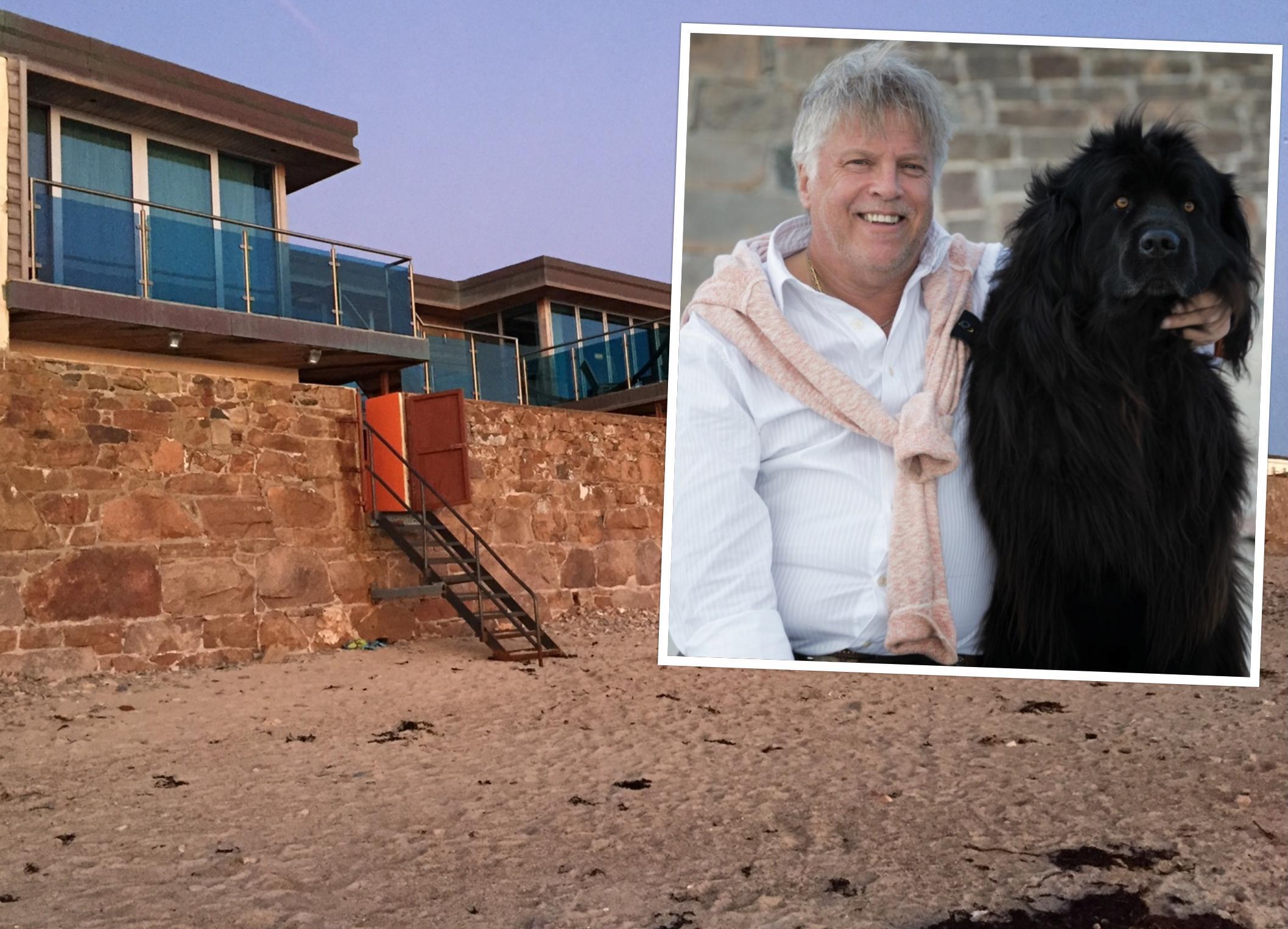 Pictured: The Foreshore saga stress affected Mr Luce, who had to pay £30,000, to such a degree that he left the island.

Minor encroachments might include the positioning of tables and chairs, while more major ones would include those that have interfered with the sea wall.

Costs would be set at what the Government describes as a “fair” sum in line with advice from the Royal Institute of Chartered Surveyors.

Drawing up the policy has involved individuals from across Government, ranging from Infrastructure to Jersey Property Holdings and the Law Officers’ Department, including the Solicitor General.

In developing the policy, analysis was undertaken by Government to understand how many properties would fall under it. A source told Express this number is in excess of 400.

Once the policy is in place, Mr Luce and Mr Mallinson could be partially compensated if the amounts set are less than what was already paid. 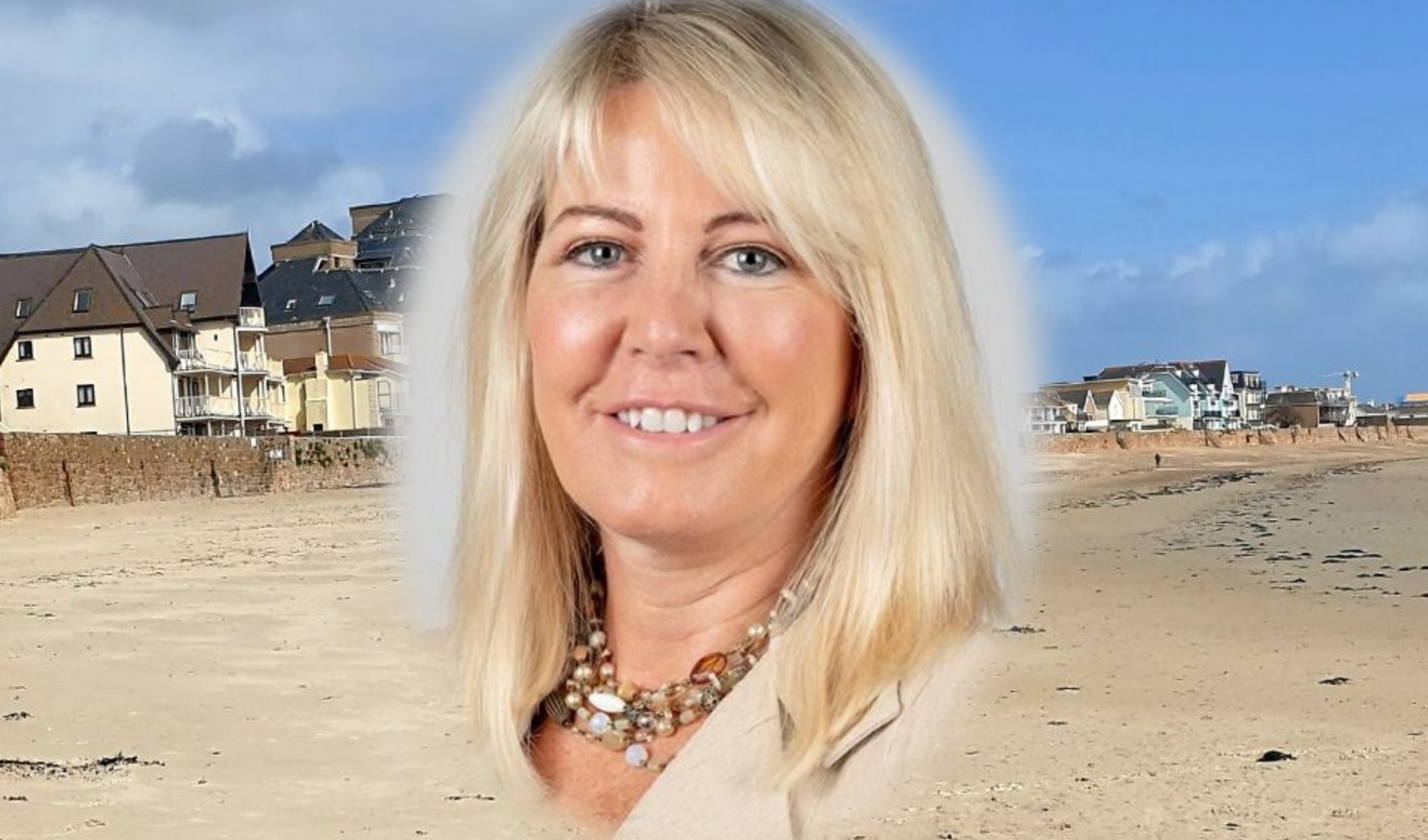 Pictured: Deputy Carolyn Labey, who is fighting to put an end to the Foreshore controversy.

The revelations comes ahead of a States Assembly meeting next week in which Deputy Carolyn Labey will urge States Members to vote in favour of halting the charges, refunding Mr Luce and Mr Mallinson and forcing the Infrastructure Minister to produce a Foreshore map.

But the Minister for Infrastructure, Deputy Kevin Lewis, has challenged this bid in a number of amendments to her proposals.

He also rejected the idea of producing a map, describing it as “irrelevant and unworkable.”

The Minister reasoned: “A project has just been completed to research the upper, landside, limited of the foreshore. There is now comprehensive information on that line and the encroachments which exist. The revised policy is to engage with third parties to explain the claimed position, and to allow resolution to take place in the usual manner. Should a third party be able to produce new information to substantiate his/her claim to already owning the land, then that may resolve the case. To attempt to produce a map showing private encroachments in advance of the third parties having an opportunity to seek to resolve matters would be grossly unfair to those parties. There is also the matter that certain upper limits of the foreshore are substantiated with more than one source of information, leading to complex claims as to ownership. It would be misleading to attempt to mark a single line on a plan without the opportunity to communicate the supporting information.” 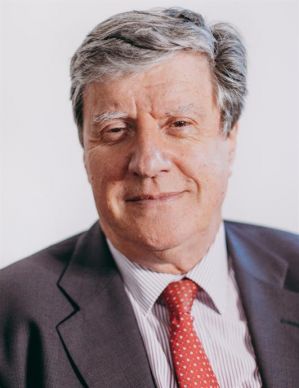 The amendment was officially published after a crunch meeting was called this week, which ended in a walk-out.

Deputy Labey was invited to meet officials from Property Services and Law Officers, and asked former Senator and Bailiff Sir Philip Bailhache, who brokered the Crown land transfer deal, to join the meeting.

No longer a Government official, Sir Philip was not allowed to take part, which led Deputy Labey to leave.

Posted by Scott Mills on Sep 17th, 2020
does this mean buildings would be allowed on Royal Golf Course as it's common land?
Posted by David Moon on Sep 17th, 2020
This and the foreshore fiasco highlight that the Jersey property Holdings are out of control. In regard to La Pulente one should ask why the public toilets have been sold off to developers to convert into toilets. There are already complaints at the nuisances committed by the public further along St. Ouens Bay by reason of the lack of public conveniences. This is only going to aggravate the problem. No doubt the owners of the new cafe don't want the Hide Out to continue to operate as they expect to acquire their clientele. The foreshore saga is remarkable from the absence of any representation of professionals representing the public view point at the reported meeting. Little attention has been paid to the properties on the foreshore having their boundary on the 'plein de mars' , a natural boundary and not the artificial boundary created by the construction of the sea walls which may have reduced the are of land which the properties would cover if they still enjoyed their natural boundary. Perhaps it is time for the activities of the Jersey Property Holdings to be examined in depth and their role redefined to serve the public interest rather than operate as a private development company whose sole interest is the generation of profits without regard to the wider public interest.
Posted by AlanLuce59 on Sep 17th, 2020
Anybody wishing to receive a copy of all my research and submissions to JPH and Jersey Complaints Board. Which is cohesive, sensible and reasoned arguments. I am happy to forward. Sadly all the sensible rational work by myself and expert legal team have been ignored by JPH.
Posted by Philip Hudson on Sep 18th, 2020
Well that was a big mistake in 2015 by the Queen making gifts to the S.of J. is not smart or safe
Posted by Michael Du Pré on Sep 18th, 2020
May I suggest that those with encroaching properties which have been erroneously permitted by Planning be allowed to retain them but that they must ensure that there is a clear public right of way footpath maintained through or over the encroachment enabling the free passage of walkers at the highest of tides? The long term objective would be to enable the public to walk around the whole island without having to make inland diversions on to the busy roads.
To place a comment please login Login »