Victory for sure! Coastal homeowners “vindicated” after damning report 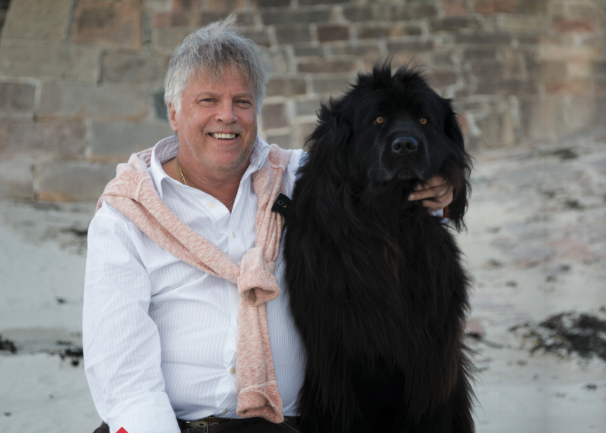 Victory for sure! Coastal homeowners “vindicated” after damning report

Coastal homeowners who complained of being “bullied” by the States into paying tens of thousands for alleged Foreshore encroachments when they tried to sell their homes say they feel “vindicated” by a damning report accusing the government of failing to act “fairly, promptly and transparently.”

Alan Luce and Julian Mallinson were two of a handful of islanders to be pursued for ‘compensation’ totalling more than £50,000 between them – despite no official States policy being published until more than a year after they had paid up.

The pursuit for money, which they claimed was conducted by Jersey Property Holdings (JPH)  in an “aggressive” and relentless manner for over a year, left both suffering with stress and anxiety – so extreme was this in Mr Luce’s case, that he made the decision to leave the island.

Their plights were revealed by Express in July 2017, sparking questions and fierce criticism by concerned States Members and members of the public.

But today, nearly a year after the issue was first raised publicly, the pair are celebrating the findings of the States Complaints Board – Geoffrey Crill (Chair), John Moulin and Gavin Fraser.

Their report, which followed a hearing in April, slammed JPH’s approach, calling for a clearer policy to be drawn up by the new Minister for Infrastructure, and for Mr Luce and Mr Mallinson to be refunded any difference in the compensation that should be paid under the redrafted encroachment regulations. 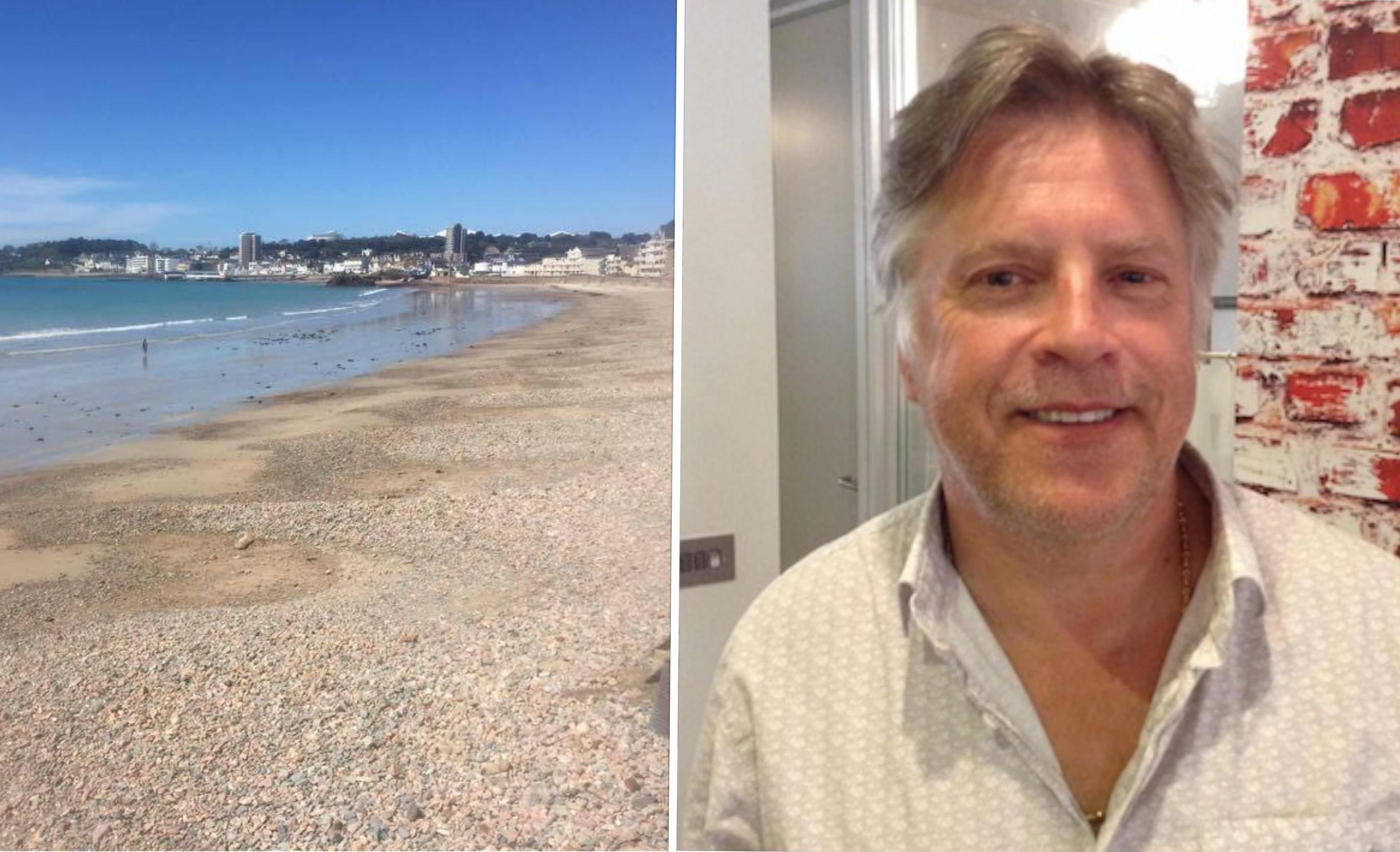 Pictured: Alan Luce, who was forced to pay around £30,000 when he tried to sell his coastal home, Roche de la Mer, despite not having created the encroachments himself.

During the hearing, the Panel heard how the duo were provided with valuations of how much they owed for encroachments on the Foreshore – a vaguely-defined area between high and low tide with no map to show its exact boundaries – and were unable to negotiate this. In Mr Mallinson’s case, JPH chose to charge several thousand more than the official valuation.

This “‘take it or leave it’ stance” was blasted by the Panel, who later argued that it was “inappropriate…to seek to maximize profit” from the public.

They were equally critical of the time taken to resolve the issues – 16 months in Mr Luce’s case and 19 in Mr Mallinson’s. “JPH was aware of the stress and anxiety being caused to the Complainants by the continuing delay, yet it appears to have done nothing to bring matters to a timely conclusion,” they wrote.

Contractual conditions imposed as part of the compensation process – one of which meant that the pair had to pay for their encroachments, but could also be asked to remove them at any time, at their own cost – were deemed “unacceptable.” 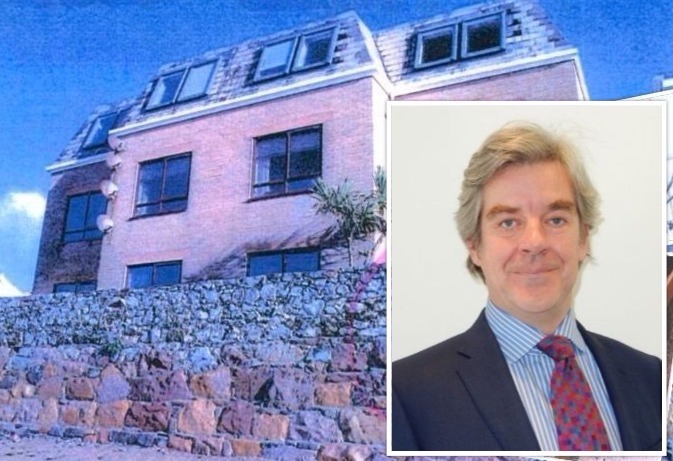 Pictured: Julian Mallinson paid around £20,000 to the States for parts of his former property, the Brise de Mer apartment complex, that encroached on the sea wall and foreshore.

JPH had attempted to justify this during the hearing, suggesting that the seawall area could, in future, form part of a promenade, and that, being in public ownership, the public should have right of access. But the Panel said that they were “extremely concerned” by this suggestion.

“…The implication is that JPH is happy for the general public to have free access onto what neighbouring owners have, for many years, thought of as “their” property. Whilst the Board would applaud any plan to establish more accessible coastal promenades, or pathways, suitable for public access, such a plan must sit alongside a clear policy for the clarification of boundaries towards the seawall where it is not intended to establish a promenade, or other public access.”

Speaking about the potential impact on thousands of other islanders with coastal homes, who could suffer a “detrimental effect on the value of the properties”, they stated: “Given the huge potential number of similar situations which will arise in the near future, involving virtually every other property adjoining the foreshore where boundaries and possible encroachments may be unclear, the Board urges JPH to refine its procedures, determine responsibilities, and above all make public its policy with regard to its stewardship of the foreshore.”

The Infrastructure Minister will now have to provide a response to the findings within two months.

Pictured: A new policy on how to deal with coastal encroachments, which could affect many thousands of islanders, could be drafted in light of the findings - if the new Infrastructure Minister agrees.

Chairman of the Complaints Panel, Geoffrey Crill said “We feel when it is approached by a neighbouring owner seeking clarification, or ratification of a boundary, the Public has a clear duty to act fairly, promptly and transparently in its dealings with that owner. We do not consider that JPH did so in either of these cases.

“We hope that once a clear policy regarding the fixing of the boundary of the foreshore and the payment of compensation in relation to any encroachments has been adopted, the Minister will review the terms concluded with Messrs Luce and Mallinson and refund them any difference between the compensation each of them paid and the amount of compensation that would be payable had the new policy been in place at the time.”

Mr Luce and Mr Mallinson were this morning celebrating the findings of the States Complaints Board. Thanking Express for bringing his case to light, Mr Mallinson commented: “I’m delighted the Panel has deemed the actions of JPH to be “unjust, oppressive and contrary to the generally acceptable principles of natural justice." Moving forward, I hope the new Minister of Infrastructure will implement the Panels recommendations to ensure the public are in future fairly treated in cases involving the foreshore."

Mr Luce echoed his comments, but nonetheless stated that the report did not "truly reflect the personal anguish and trauma of the greatly lengthened sale process." "To watch the value of your prime asset tumble offer-after-offer is a greatly stressful process, the ultimate fear being that your house sale is blighted to the point of unsaleable," he said.

He added that he hoped the architects of the scheme would be held to account. "This sort of draconian 'we are government, we are correct' will lead to social unrest as hardworking individuals will become further disenfranchised... I have left the Island and as a Jerseyman this is a sad indictment on this method of governance."

Room with a view? We're watching you

Posted by John Henwood on Jun 1st, 2018
Excellent outcome. But will the new minister recognise the injustice and follow the SCB's recommendation? Former Deputy Eddie Noel is in the lifeboat so escapes possible and justified censure, but it is to be hoped his successor will act responsibly. That action might and probably should involve severe sanctions on Jersey Property Holdings' senior managers who pursued landowners despite the complete absence of a public policy on the issue. As a long-standing critic of JPH this came as no surprise, the department is a shambles. It's not so long ago that the were mired in the cock-up over the fuel farm lease when they were on record as saying that it wasn't their job to come up with a property strategy. The sooner JPH is wound up the better.
Posted by Alan Luce on Jun 1st, 2018
Thank you John for your appropriately strong condemnation of JPH. There really needs to be a head on a stake. But i would say that.... wouldn’t I
To place a comment please login Login »