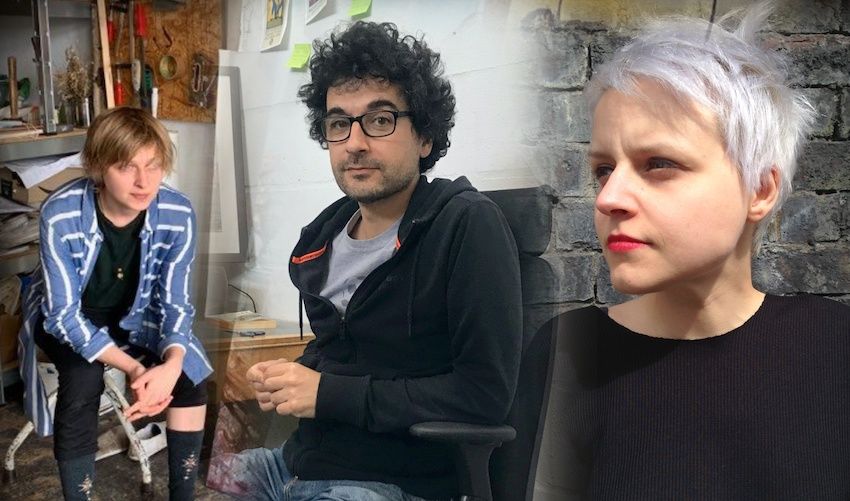 Three artists from Portugal, Poland and Romania have been chosen to create works for a new exhibition that will celebrate Jersey’s multicultural communities.

ArtHouse Jersey put a call-out for artists in 2021, and after a competitive process have selected three artists to take part: Cliff Andrade (Portugal), Natalia Kalicki (Poland) and Dana Olărescu (Romania).

The trio will visit Jersey to learn about the lived experience of their compatriots, and each will create a piece of work that celebrates the contribution that these communities make to island life.

The artwork will be showcased in an exhibition in February 2022.

During their visit to the island, the artists will also meet with a visiting street artist to brief them on the experiences of Portuguese, Polish and Romanian people in Jersey. This will inform the street artist’s creation of a mural that will be produced later in the year.

ArtHouse Jersey has been grateful for the support of the Polish Cultural Institute, The Embassy of Portugal and the Romanian Cultural Institute and is exploring opportunities to exhibit the artworks in London.

Read on to learn more about the selected artists…

Cliff Andrade works with a diverse and dynamic range of media, combining traditional printmaking, photography and time-based media to explore notions that dominate his lived experience.

He is particularly interested in the idea of ‘home’ and its importance to our sense of personal identity. His work contains great imaginative, emotional power within a very intelligent, analytical approach, and it is the tension between these two elements that make it fascinating. 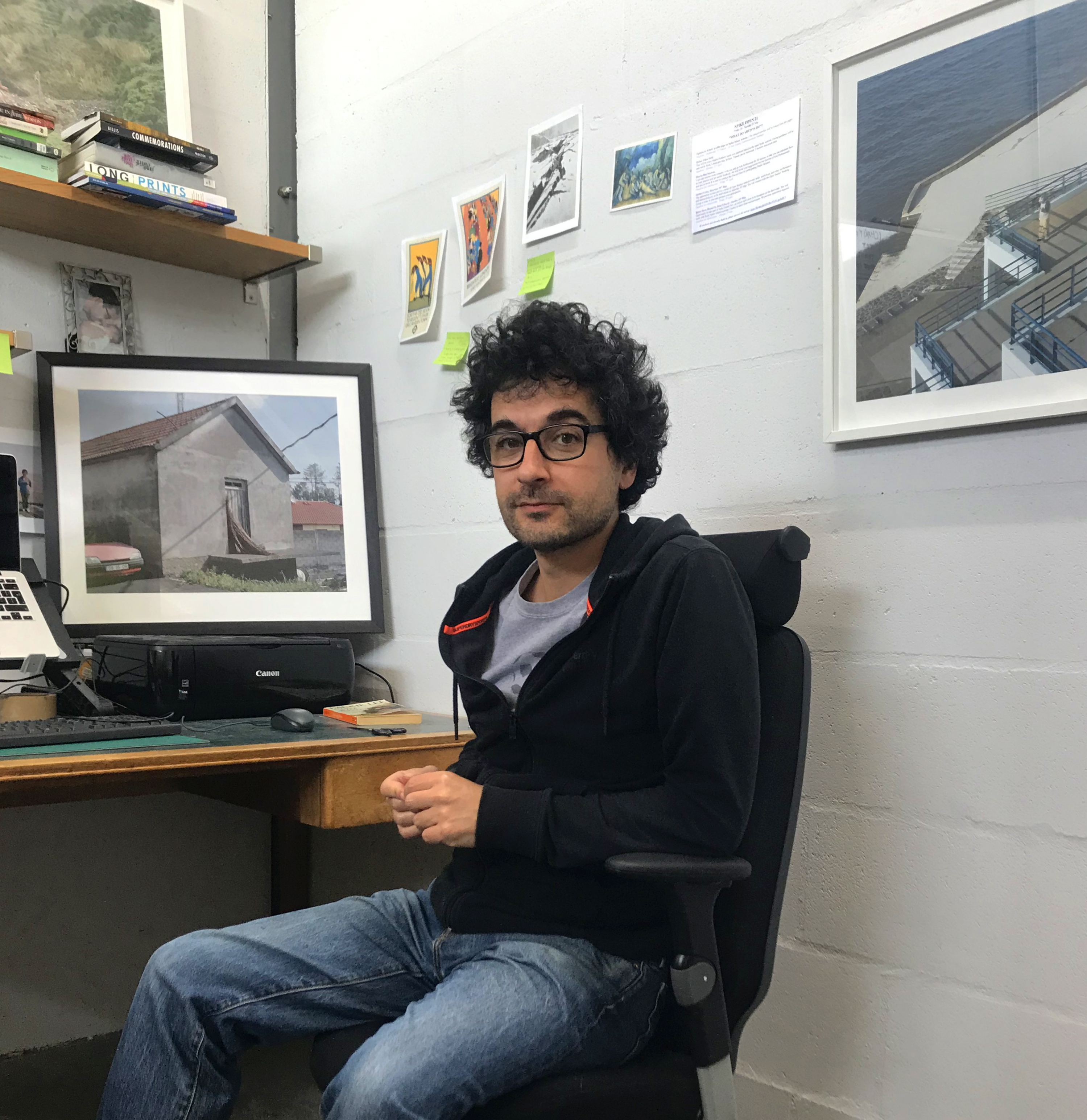 Pictured: Cliff Andrade is one of three artists selected for the ArtHouse Jersey exhibition.

Earlier in 2021, Cliff, alongside fellow Portuguese artist Ana Palma, won a competition to have his work included in ‘Paula Rego and Her Contemporaries’, an exhibition that ran in summer at London's 12 Star Gallery.

Drawing on personal and social histories, his rigorous commitment to research allows him to weave many sources and references into his work. Often working directly with migrant and particularly Portuguese diasporic experiences and communities, he fuses the personal and culture specific with broad references to relate to both the individual and the universal.

Cliff was aware of ArtHouse Jersey after an art school friend had told him about the organisation. “I knew there were Madeirans there, in Jersey, and given the themes of my work I thought maybe one day I might be able to make a proposal or apply for a residency to ArtHouse Jersey to work with that community,” he said. 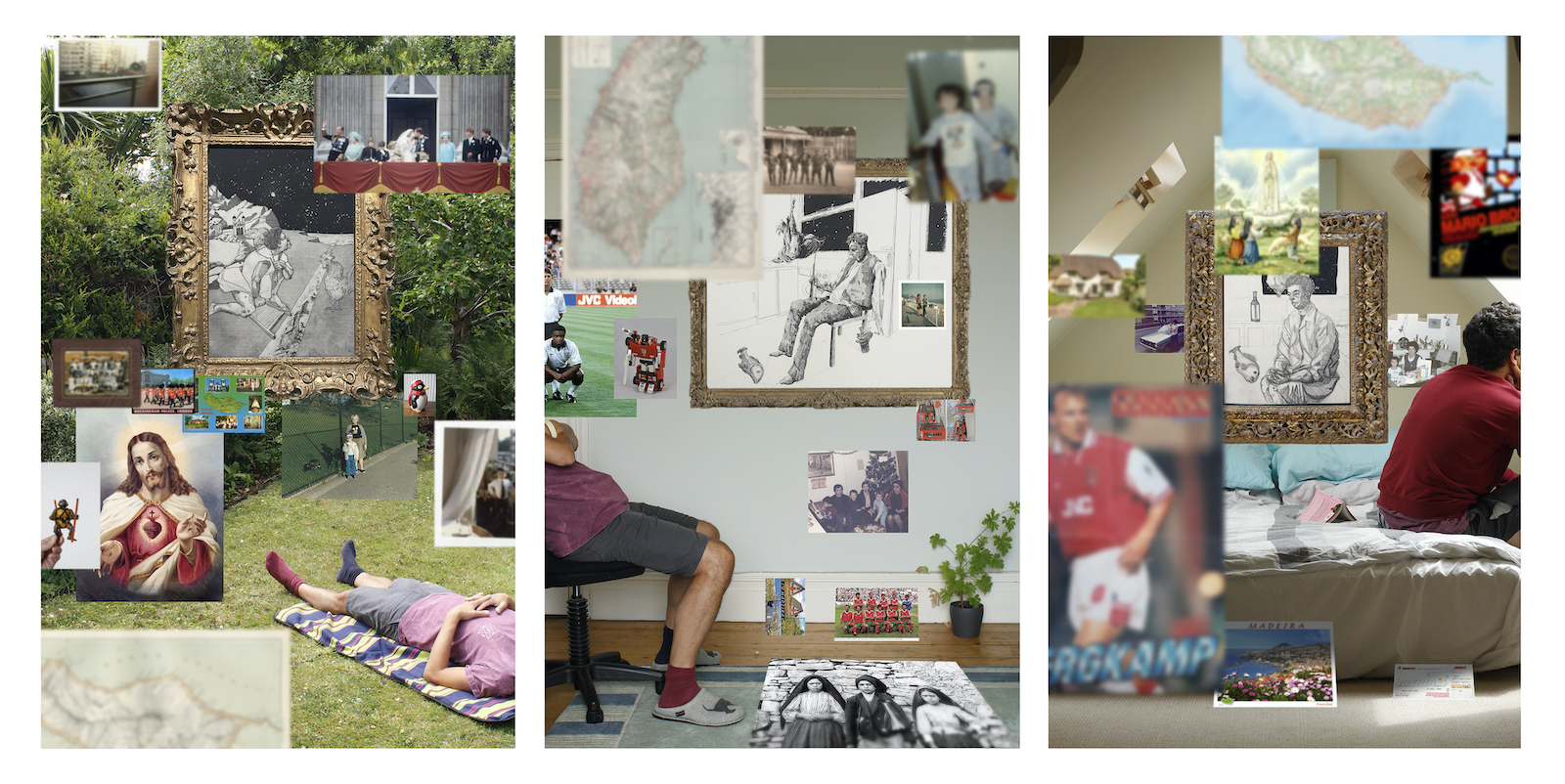 “I am super-excited to come to the island. Firstly, because I finally get to visit the mythical island of Jersey. It is mythical to me because I’ve always known that there were lots of Madeirans there and that the majority of them were descended from my village on Madeira. So I have always been curious about it.

“As an emerging artist, I am also looking forward to being on the island with two other artists who I hope to learn from and exchange ideas and ideas about approaches with as I develop my skills of working with and in a community setting.”

Raised between the Canadian West Coast and Warsaw, Natalia Kalicki is an artist, researcher and cook with a background in anthropology. She holds a BFA from Concordia University and an MA degree in Anthropology from the University of Leipzig. 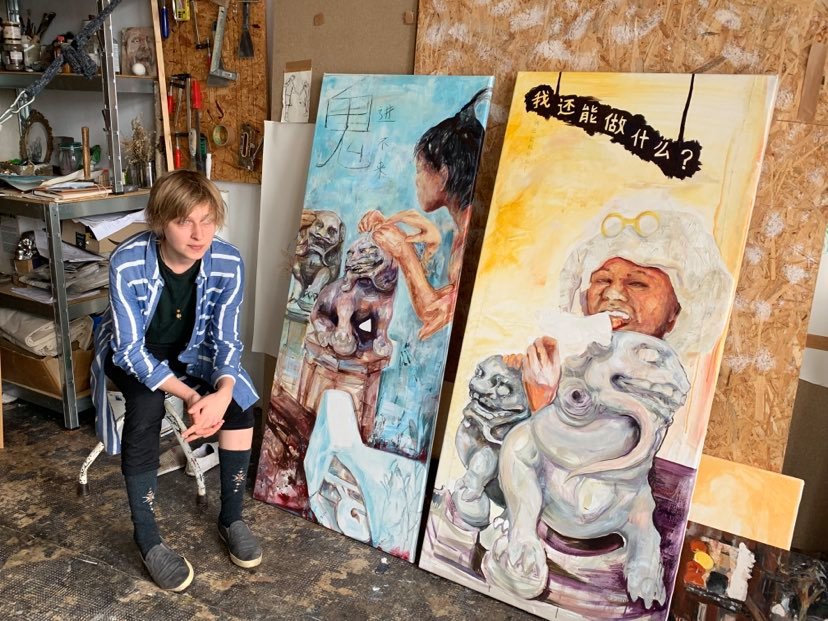 Pictured: Natalia Kalicki, from Poland, has worked from her studio in Leipzig, Germany, since 2016.

Natalia has maintained a studio practice in Leipzig since 2016, where she interweaves installation and text with painting and drawing. Her written work focuses on issues of cultural governance and sustainability.

She has received two DAAD scholarships, CALQ mobility funding, the Skammdegi AIR award, and was granted support by the Elizabeth Greenshields Foundation twice.

Natalia said: “Engaged art practices, migration and memory, trans locality; there are so many areas of my personal and professional interests that meet through ArtHouse Jersey's residency program. I feel very lucky to be a part of it.”

Dana Olărescu is a London-based, socially engaged artist who focuses on challenging minority exclusion and environmental injustice. Through participatory methodologies that democratise access to art and knowledge, she aims to give agency to underserved migrant groups so they can become active co-producers of culture.

Most recently, she has co-designed and built a low-impact straw bale classroom with young asylum seekers at May Project Gardens, London. She has also engaged with residents affected by West Burton power station’s decommission in Gainsborough, as part of the ‘Decommissioning the Twentieth Century’ investigation run by Keele University. 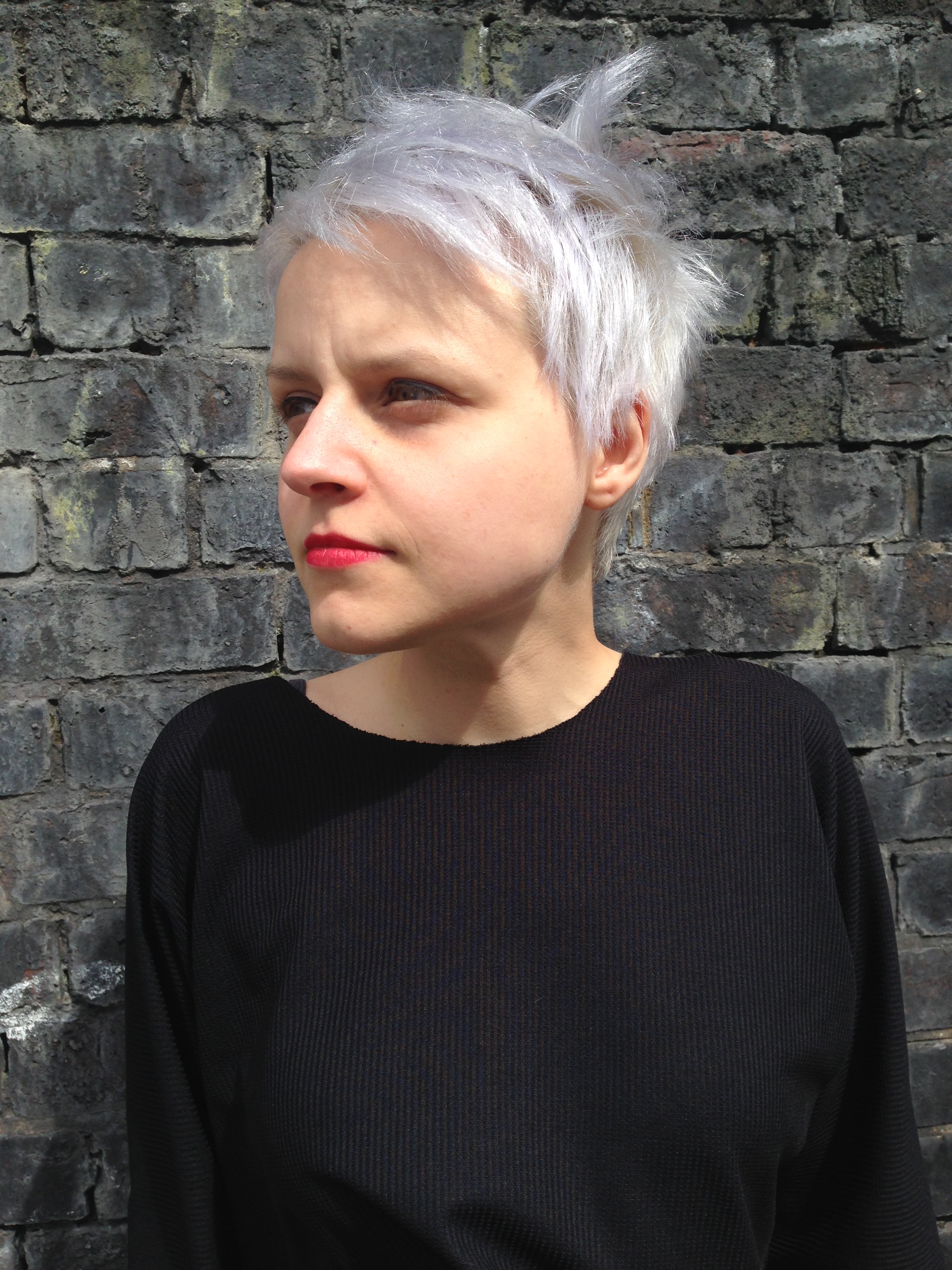 Pictured: Dana Olărescu is a London-based artist from Romania.

Dana was previously half of performance company There There, whose concerns revolved around reclaiming Eastern European identity in the West. Together, they worked with numerous participants, co-creating performances and building alternative platforms that enabled conversation between minority groups. 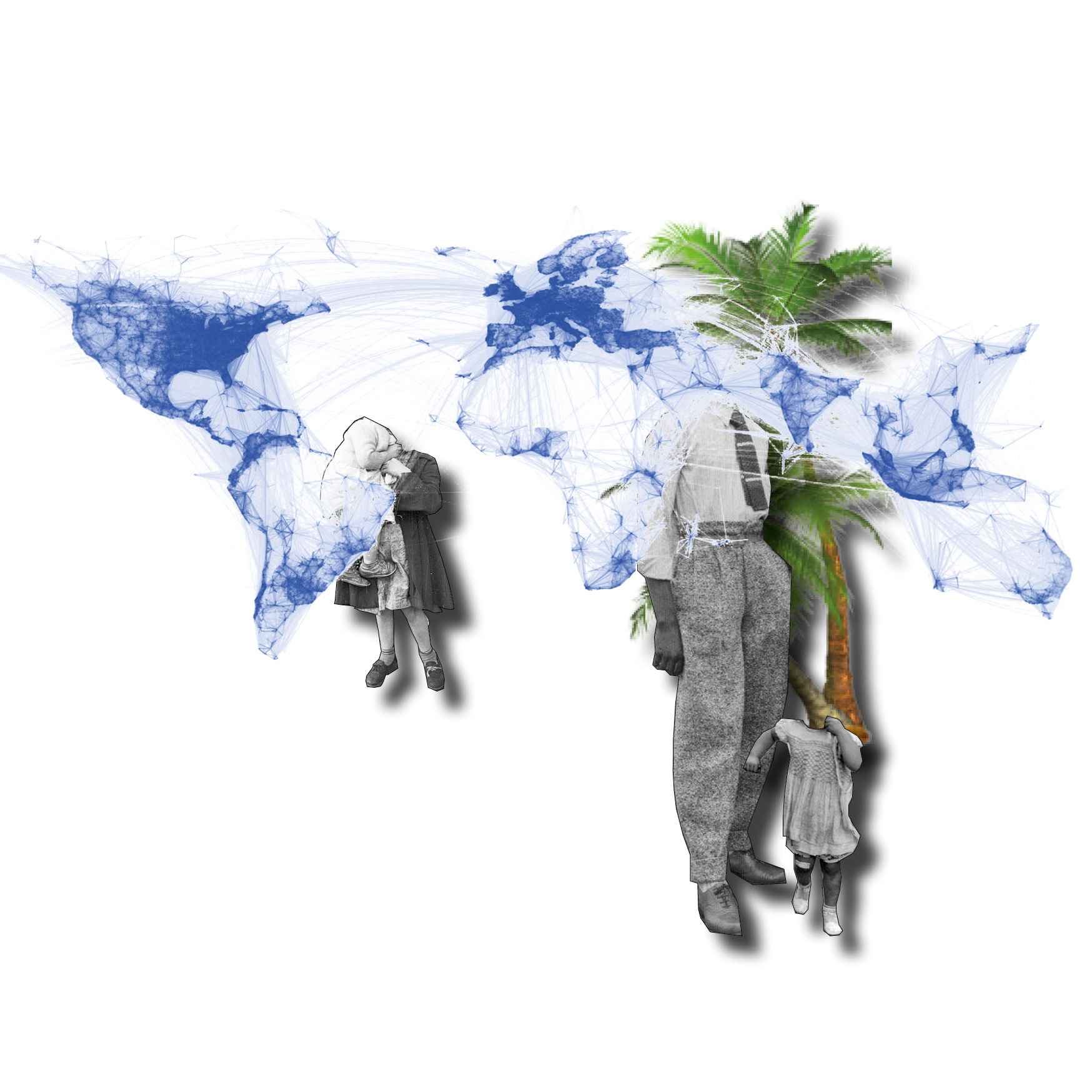 Dana heard about the call-out from a former school friend, who is now based in Jersey.

“I am incredibly excited to be taking part in the Home residency at ArtHouse Jersey, where I will be engaging with fellow Romanian locals and creating artwork reflecting migrant experiences,” she said.

“Diasporic identities tend to vary widely depending on geographical locations, and I am keen to discover how Jersey’s specific environment affects this.

“I hope participating in the residency will equip me with the space and time to build relationships based on trust with Romanian participants, local allies, and fellow artists in residence while pushing me to create artwork that echoes current global concerns, seen through a hyperlocal lens.”