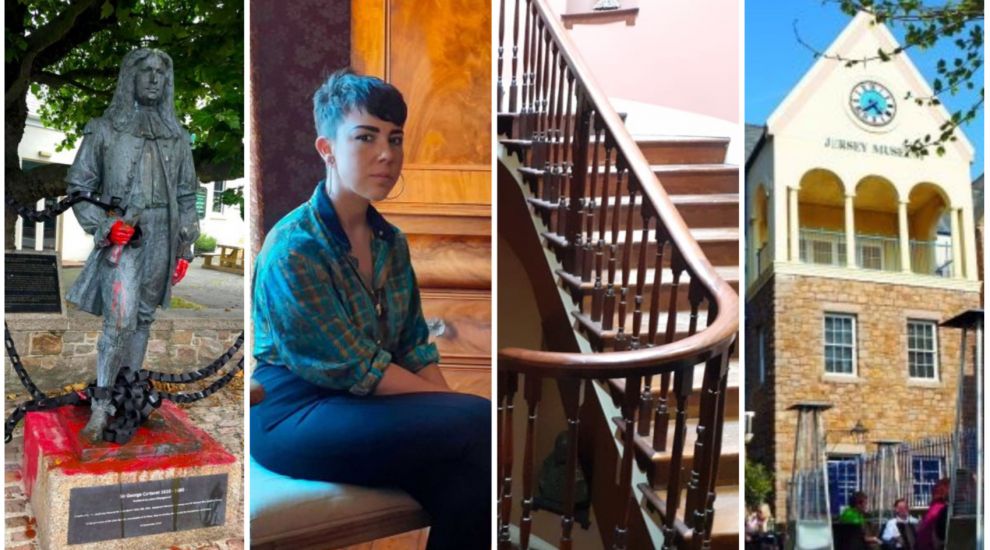 For many years, the mahogany staircase in Jersey Museum's 'Merchant's House' was a "showpiece promoting success" - its existence was not tied to the "largest forced migration in history."

That changed last night, with the opening of exhibition Trade Roots on the UN’s International Day for the Remembrance of the Slave Trade and its Abolition by the Bailiff, Sir Timothy Le Cocq.

Based in The Victorian House at No. 9 Pier Road, the exhibition - whose opening was attended by members of Jersey's black community, Chief Minister Kristina Moore and other local politicians - includes evidence of the Island’s involvement in transatlantic slavery.

Trade Roots is designed to expose some uncomfortable new stories from the island's past and examine the legacy and impact of transatlantic slavery on Jersey’s community today.

In a powerful speech at the opening yesterday, Co-Curator Jade Ecobichon-Gray explained how the exhibition aimed to bring to the fore voices of individuals whose history had been "whitewashed".

Being of mixed heritage herself, she said she felt she was "living proof" of the ability for two narratives at the same time, noting that the "good old Jersey surname" of 'Ecobichon' reflected her status as an islander, while the 'Gray' indicates that her ancestors were once the property of a Scottish slave owner in Jamaica.

"One does not negate the other," she noted.

Ahead of the opening Lucy Layton, Jersey Heritage Exhibitions Curator, explained that the ‘Trade Roots’ exhibition was "the culmination of two years of historical research and community consultation" led by the Jersey Heritage Diversity and Inclusion Group which was set up in 2020, in the wake of the Black Lives Matter protests.

Like many museums around the world, Jersey Heritage took the opportunity to begin reviewing its interpretation and collections in order to acquire more knowledge and promote an understanding of different communities. The ‘Trade Roots’ exhibition was a key action point from JHDIG’s first report, published last year.

"Slavery is a difficult and distressing subject, and curating the exhibition required careful consideration," Lucy said.

“We had a number of questions to answer, including how to tell these stories and what language to use. Huge thanks go to the members of our Jersey Heritage Diversity and Inclusion Group, who gave their time to help us piece together an important part of the Island’s history that up until now has remained largely untold.

“While Jersey was not a major centre of slave trading, such as Bristol or Liverpool, the island was part of a global network of trade in slave-produced goods, such as sugar, coffee, cotton, tobacco and, most significantly, mahogany. There are a number of individuals directly involved with the slave trade, most notably Sir George Carteret, and it is these stories and the evidence behind them that form the basis of the ‘Trade Roots’ exhibition.”

Lucy explained that ‘Trade Roots’ is based in The Victorian House, with its impressive mahogany staircase, because new research had shown that the house was built partly on the profits of the transatlantic slave trade.

She said: “Our interpretation in The Victorian House had previously focused entirely on the personal stories of those who lived there.

"‘Trade Roots’ looks at a different aspect of the house’s past that, while not being so obvious and at times being challenging and uncomfortable, is equally as important to share.” 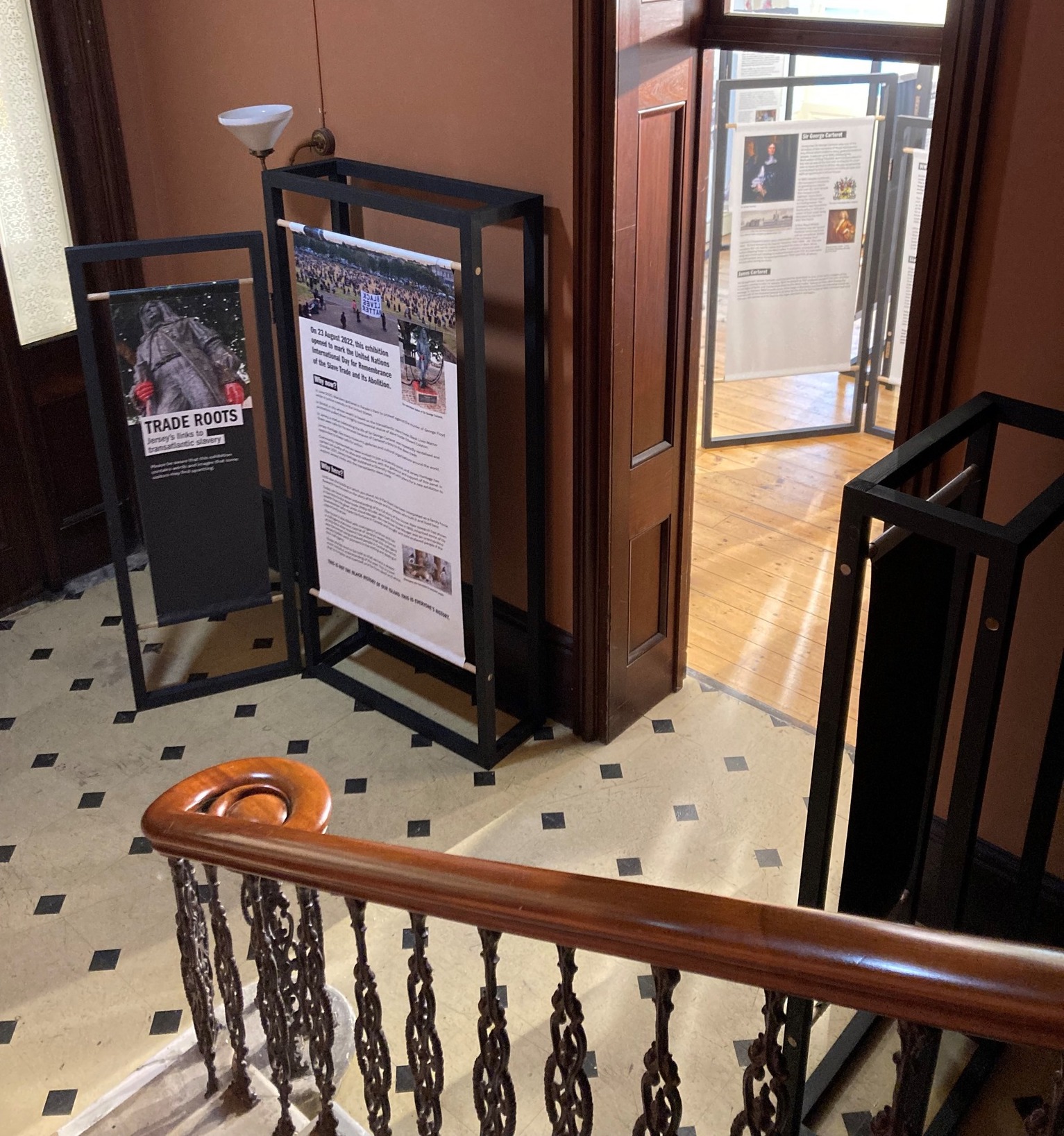 Pictured: The exhibition is based at The Victorian House as new research had shown that it was built partly on the profits of the transatlantic slave trade.

“The importance of decolonising history cannot be underestimated," Jade said ahead of the opening.

"The ‘Trade Roots’ exhibition began with a commitment to broaden the perspectives through which we engage with, and learn from, historical information. To recognise that there is no one singular narrative associated with the events of the past.

"Challenging long-held dominant viewpoints allows for a broader, more nuanced understanding of the history that continues to shape our societies and communities. Curating the whole-story history of transatlantic slavery is crucial to our ability to learn from the past, so that we may take action in the present.” 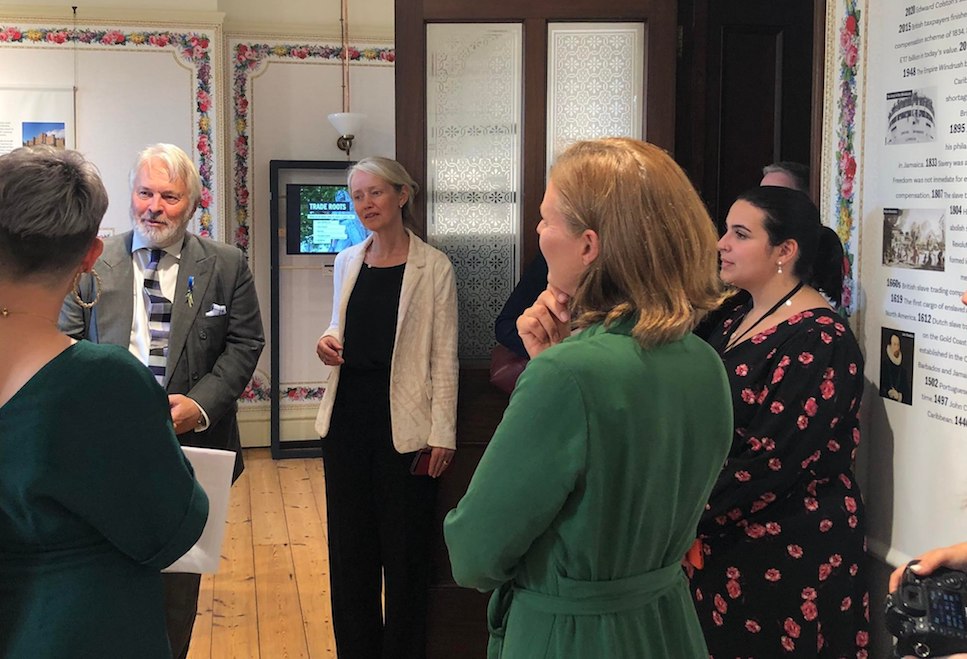 Pictured: The Bailiff, Sir Timothy Le Cocq, and the Chief Minister, Kristina Moore, were shown around the exhibition by members of JHDIG.

Following the opening of ‘Trade Roots’, Jersey Heritage will be running a dedicated schools programme centred on the exhibition, as well as a number of associated events in October to mark Black History Month.

These will include a series of talks, including speakers from UCL’s Centre for the Study of the Legacies of British Slavery. 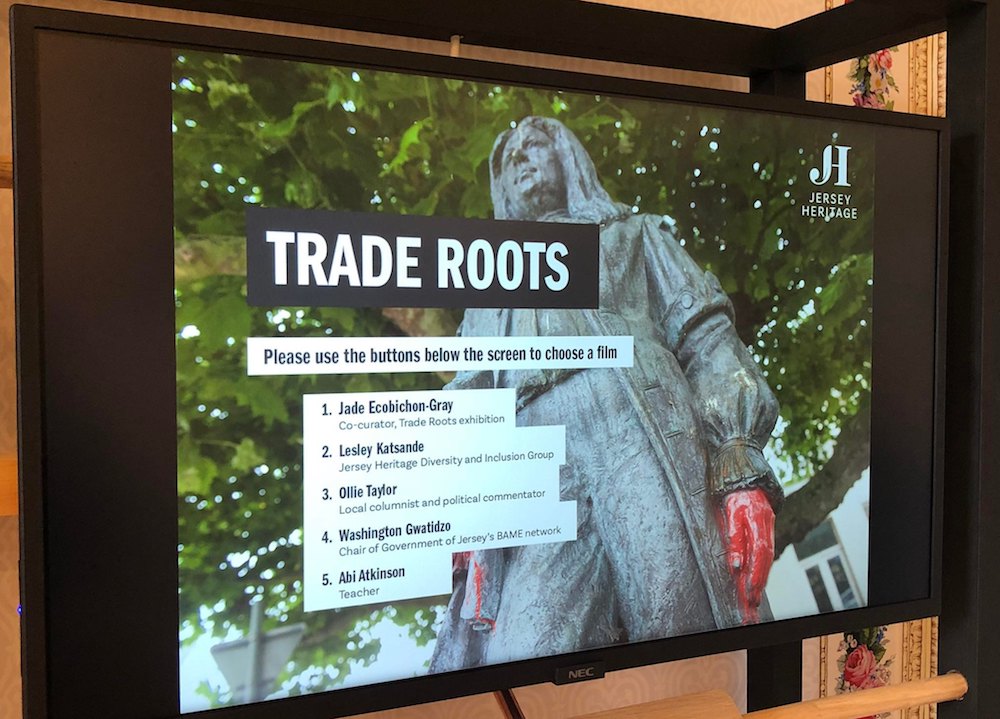 Following the release of the report exposing the Merchant's House's ties to the transatlantic slave trade last year, Express spoke to Jade about the legacies of slavery...

Slavery is not just about black & white; as many speakers would have you believe.

Who do you think built those wonderful pyramids or the glorious historic buildings in Rome or Athens ~ yes, slaves gotten from everywhere those empires conquered, including ancient England.

All slavery is a dreadful thing, but it is part of ALL of our history and MUST be respected as such.
Posted by David Moon on Aug 24th, 2022
Despicable as it was it does have to be put in the context of the working classes in, Jersey, the UK and Europe who were little better than slaves having to work long hours in poor conditions for a pittance, living in crowded bad housing on the bread line without opportunity for education other than that provided for the lucky few by religious schools.
To place a comment please login Login »