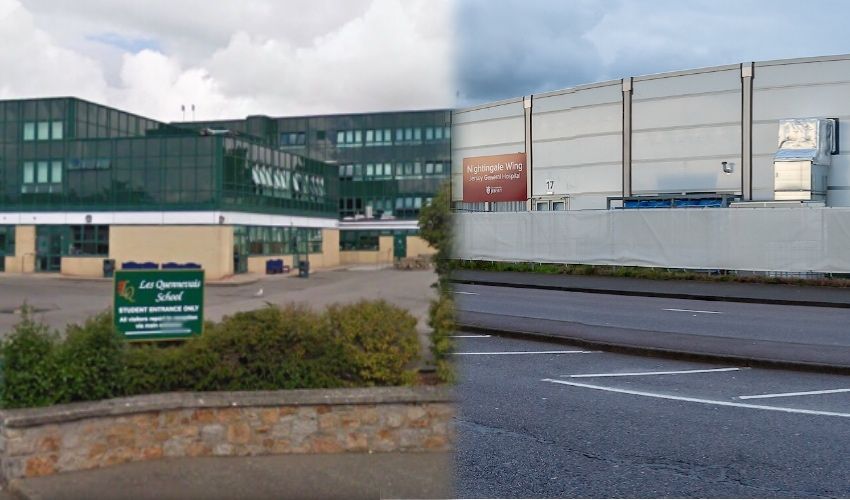 Equipment from the decommissioned Nightingale Hospital could be used in the temporary hospital at Les Quennevais in order to keep costs down.

The project team behind building the new Hospital, which will involve services currently at Overdale moving to the former school while the £804m Westmount campus is built, said it was doing all it can to ensure that the ‘decant’ stayed within its £15m budget.

This figure has already risen by £5m after the detailed design of the temporary hospital was finalised.

Speaking to Scrutiny recently, project director Richard Bannister said the total budget for the Les Quennevais part of the project was capped at £15m but would hopefully cost less.

“We are looking wherever we can to make savings,” he said. “And we are trying to explore to see whether we can use equipment from decommissioned parts of the Nightingale and other areas to create those savings.”

A planning application for change of use from education to health is on course to be submitted next month, although the overall project timeline has slipped, with services not expected to be up and running at Les Quennevais until Autumn 2022.

Originally, it was envisaged that the temporary hospital would open early next year.

Mr Bannister said: “In terms of timetable slippage, it comes down to establishing the practicalities of moving all those services from where they are now to where we’re proposing to put them. 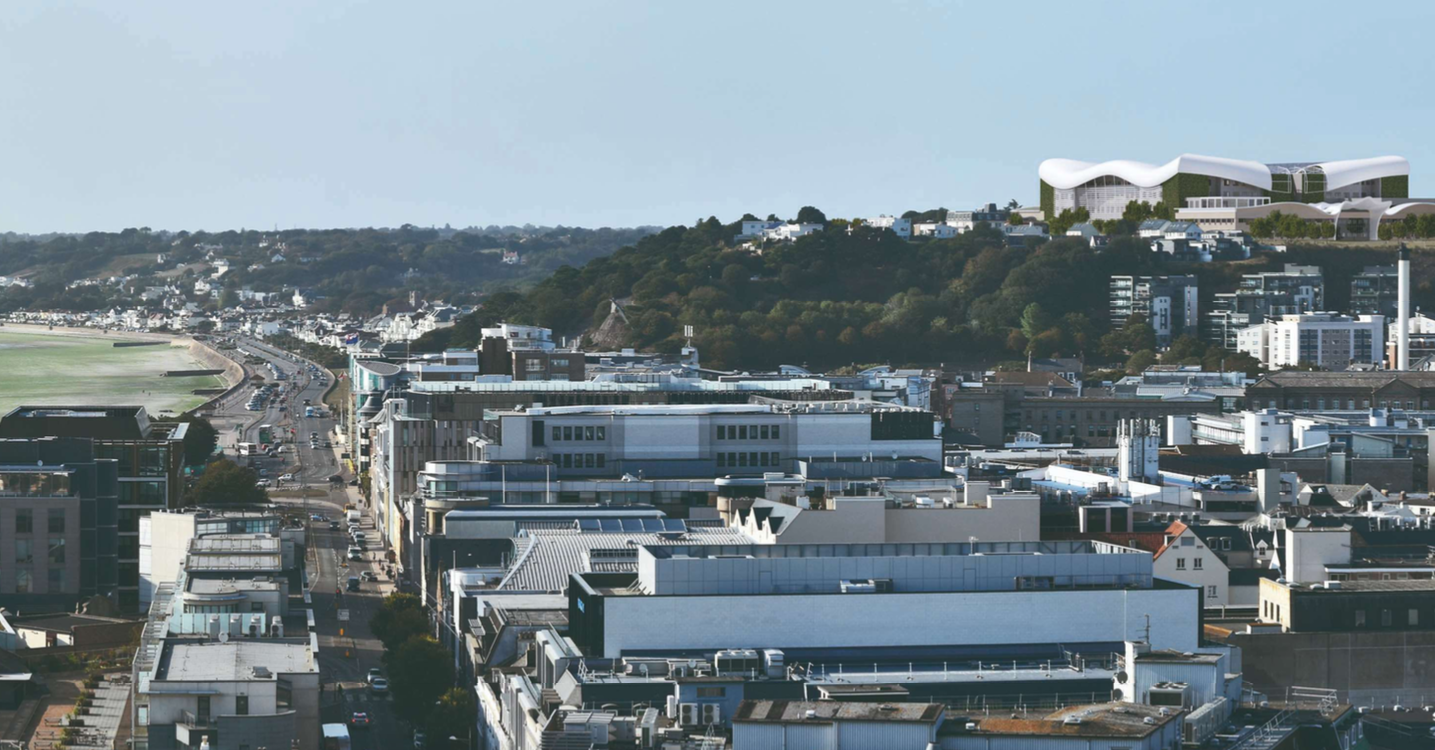 Pictured: Most - but not all - services that are 'decanting' from Overdale to the old Les Quennevais School will be returning to the new hospital in 2026.

“There was also some time lost while we were trying to identify solutions for the decant from Overdale. It turns out there was only one credible option, which was Les Quennevais.”

The majority of services currently at Overdale, including physiotherapy and speech and language therapy, will return to the site when the new hospital opens in 2026, however not all will.

These include the Child Development and Therapy Centre and Older Mental Health and Psychology Outpatient Services because the clinicians leading these departments do not want to be part of a hospital campus that is primarily focused on acute and inpatient services.

Professor Ashok Handa, Clinical Director of the Our Hospital project, told the Future Hospital Scrutiny Panel: “Alternative suitable provision will need to be made for these services.

“However, certainly for those focusing on mental health, a significant proportion of the outpatient services will be provided in a more dispersed way in the community rather than in hospital.”

Giving an update on the move to Les Quennevais, Professor Handa said that the location and size of all clinical-facing areas, which will be on the ground floor of the former school, had been agreed by all individual departmental leads, staff and the Health and Community Services executive team.

This week, all non-patient-facing spaces would be finalised.

The delayed ‘Outline Business Case’ - a document which sets out how the new hospital will be paid for - is due to be lodged next month with Scrutiny being given the opportunity to see it beforehand. The States Assembly will be expected to vote on it in September.

Posted by Private Individual on Jun 21st, 2021
One of the most important health policies in our history is being made up on the fly!

Millions spent with no one held responsible and an afterthought about what will happen to all the very expensive equipment they just spent taxpayer's money on.

Incompetence at the highest level of government.
Posted by John Sheen on Jun 21st, 2021
At last some common sense being applied in this project. As the taxpayer has already paid for the nightingale and all of the equipment in it, then nothing should go in the bin. Good to hear some of it being reused at les Quenevias.
Posted by RobertDe la Haye35 on Jun 21st, 2021
What we need is a few consultants, we could throw away all the unused equipment from "The White Elephant Hospital" and buy new to equip the building not fit for use as a school, but now fit to be a hospital!!!

What a catalogue of disasters at Tax Payers expense.
Posted by The old git Git on Jun 21st, 2021
I suppose it is better going to Les Quennevais than to La Collette. It will cost them to separate the materials as they're very fussy down there.
Posted by Paul Troalic on Jun 21st, 2021
The most sensible thing I have seen come out of this catastrophic development. Knowing the States past record all the stuff would have been skipped. Of course it should be used and Quennevais is the best place to use it, albeit on a temporary basis.
Unfortunately the way everyone is limping through this process is quite unacceptable. You can never fit a square peg into a round hole no matter how many properties you buy and Overdale will never be the best site for a modern General Hospital. Of course it will make it a little more difficult for the odd drunk who folks over to get access to hospital treatment but it's just in the wrong place.
If Planning allow the monstrosity that has been suggested to be built then there is no hope for Jersey.
It is never a bad thing to admit you've made a mistake and look for something better like St Saviours or Warwick Farm and very little will be lost.
Posted by Bruce Willing on Jun 21st, 2021
I am sorry to disabuse the author of the article about the ‘facts’ on the Nightingale equipment. The beds and mattresses do not go together and the bedside tables require two nurses to raise and lower them as they are locked in position by a knurled nut and are a cheap version of the ones currently used in the General Hospital. Are we really going to store beds and tables for five years? It would be better to give them to overseas aid to distribute
Posted by Sarah Ferguson on Jun 21st, 2021
Bruce is absolutely correct. The equipment was bought in a hurry and I question the knowledge and/or experience of the procurers.
The patients can’t be lifted out of the beds in an emergency, if you operate the mechanism in a particular manner you will trap the nurses’ feet. The general feeling is a that the equipment is not fit for purpose.
Posted by Keith Marsh on Jun 22nd, 2021
If Sarah is correct, and I'm certain she is, this equipment should either be scrapped or as Bruce mentioned given to overseas aid to distribute.
To place a comment please login Login »