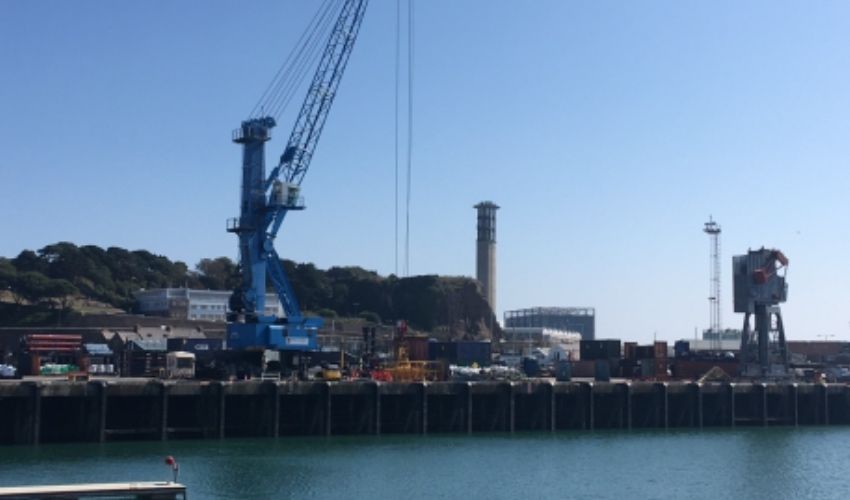 Ports of Jersey is pushing to create a "new waterside community" with homes - and possibly visitor accommodation - built at the site of the former La Folie Inn and on New North Quay, it has emerged.

The public-backed company has not yet released its latest long-term ‘masterplan’ for the Harbour, but elements of it have been included in Island Plan documents published this week.

They reveal that Ports wants to remove commercial activity from the New North Quay, which is also home to the Maritime Museum and St. Helier Marina facilities, to create a “new waterside community in the heart of St. Helier”.

The “load-on, load-off” facility at the southern end of the pier, where a large blue crane is able to lift freight to and from ships, will move to the Elizabeth Harbour, where a deck will be built over the rocky ‘spending’ beach, if the plan is implemented. 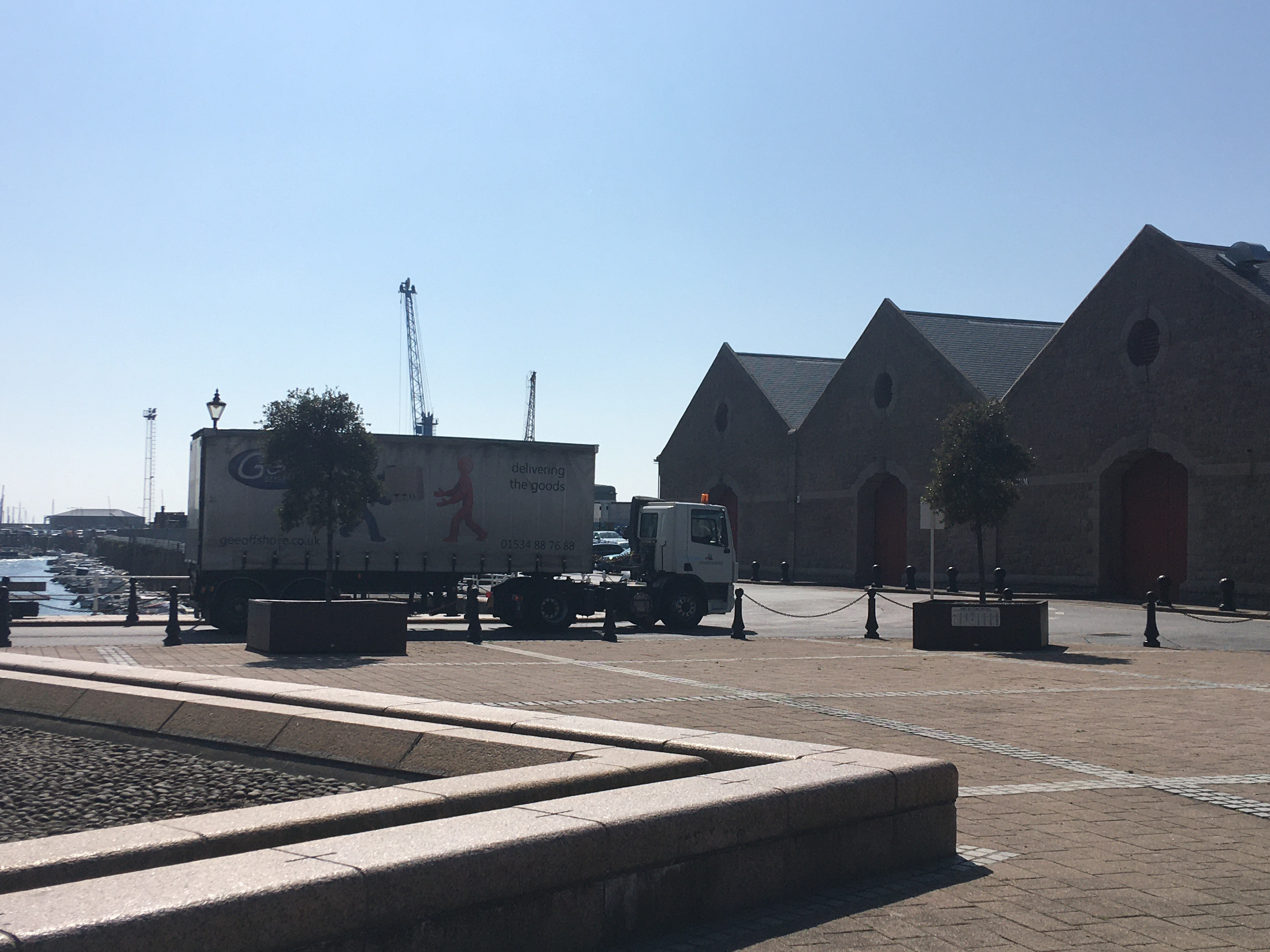 Pictured: The New North Quay is currently used for leisure and freight.

Ports believe they have a strong case to make in building housing on the New North Quay and the La Folie site, which it wants designated for “residential-led development, potentially with visitor accommodation”.

This is because the company responded to the Environment Minister’s ‘call for sites’ in the early stages of the Island Plan process, and the two areas of the Harbour received favourable scores.

During the consultation phase of the three-year plan, which will define the level and location of development between 2022 and 2025, Ports requested that the two sites are given a “site specific designation” in the bridging Island Plan.

Although the plan does not go into as much detail, one of its policies does make “provision for the potential release of land for forms of development that are not specifically related to the operation of the port, where the strategic function and operation of the port is not prejudiced”.

Environment Minister John Young added in his response to the consultation: “The preamble to the policy makes explicit reference to the development of the St. Helier Harbour Masterplan and the potential opportunity for development at New North Quay is explicitly identified."

Making its case for housing on the New North Quay, Ports say: “This site is in a highly sustainable location, capable of delivering a new waterside community in the heart of St. Helier.

“It is of such a scale that it can provide a form of development which can include public spaces and activity to enhance the waterside environment and enable visitors and residents to connect with a vibrant harbour.

“The New North Quay also has the potential to link to the Steam Clock site, and onward, to wider pedestrian routes into the heart of St. Helier.

“Its context - with no immediate residential neighbours - also means that the site can accommodate a design-led development of a scale and height which is maximised to support sustainable spatial development objectives.”

Pictured: The former La Folie Inn is currently empty but Ports hope to covert the area into housing and visitor accommodation.

It adds: “As is acknowledged in the bridging Island Plan, Ports of Jersey have developed an operational masterplan for the Port of St. Helier to deliver a safer and more operationally efficient facility with an enhanced handling capacity.

“The initial phase will focus change at Elizabeth Harbour, including relocation of load-on / load-off facilities currently at New North Quay. This will then provide the opportunity for New North Quay to be released for alternative use.

However, Ports warns: “Without a positive and site-specific identification in the Island Plan, New North Quay would just be in the Built-Up Area, with no further policy designations to pro-actively support this excellent site coming forward as a residential development opportunity.”

The bridging Island Plan itself says: “The development of any new infrastructure or changes to the use of land and the development of new uses at the port will need to have regard to its impact upon listed buildings and places, both within and around the Harbour, but also in relation to the wider townscape setting of the harbour and key landmarks, such as Elizabeth Castle.

“Consideration will also need to be given to matters such as resilience to climate change and sea level rise; and any impact on the marine environment.”

It is not the first time that the New North Quay has been earmarked for leisure and residential use. A previous Harbour masterplan proposed building a low-cost hotel there, but this never materialised.

Similarly, in 2017, Ports shared a vision of an "upmarket bar-restaurant", retail units and Jersey Heritage-style lets on the La Folie site, but this did not come to fruition in the years that followed.

Express has asked Ports of Jersey for more detail about its masterplan and is awaiting a response.