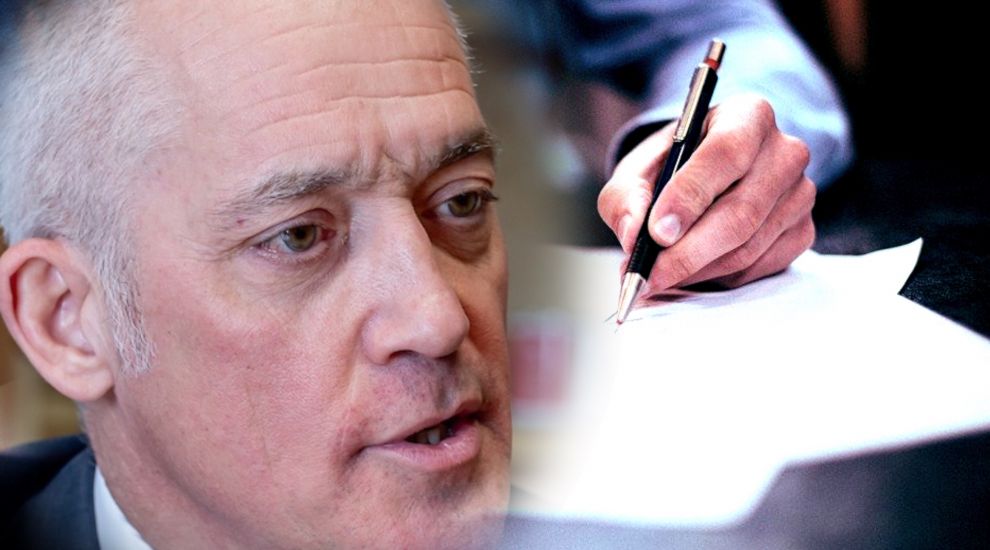 The Chief Executive will not receive residential qualifications, it has been confirmed following the shock announcement last night that he had agreed to step down.

The Chief Minister confirmed this morning: "The Chief Executive is receiving his contractual entitlement and no more."

He added that "there is no additional pay-out and no 'extras'" and confirmed that Mr Parker has "not got his qualifications for residency."

When he took on the role of Government CEO in 2017, Mr Parker was controversially awarded residential qualifications on the condition that he complete "five years of satisfactory performance in that role."

"We have honoured his contract and further speculation at this time will make it more difficult to tie up the final arrangements," Senator Le Fondré added.

Pictured: Mr Parker was controversially given a 'quallies' perk when he signed his contract in 2017.

The Chief Minister's comments came as he defended himself against a vote of no confidence, which was triggered by his verbal agreement to Mr Parker that he could take on a second role as a Non-Executive Director at UK real estate firm New River.

Under the terms of his contract, however, Mr Parker should have obtained written permission for the role from the States Employment Board (SEB).

The second job with New River was later retrospectively approved by the SEB - but was also ruled as being “not compatible” with his role as head of the island’s civil service by the Council of Ministers. Both bodies are led by the Chief Minister.

In a letter to the Chief Minister made public last night, Mr Parker wrote: “It is with great sadness that I am writing to confirm that following our discussions I have agreed to step down as Chief Executive and Head of the Public Service for the Government of Jersey. 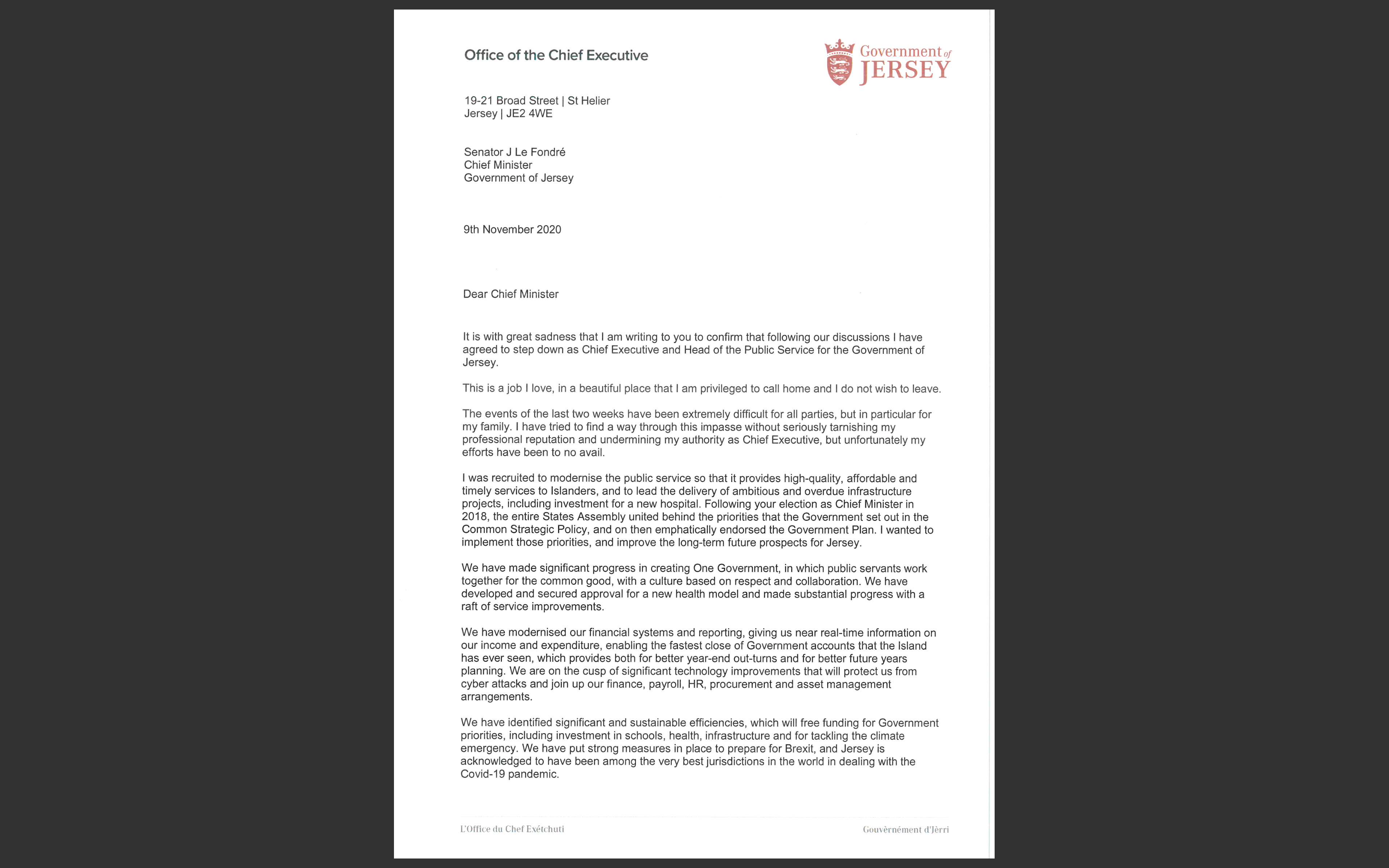 CLICK TO READ IN FULL: Mr Parker's letter announcing that he has agreed to step down.

In his letter, Mr Parker also addressed today's 'vote of no confidence' against Senator Le Fondré.

He wrote: “I am truly appalled that what should be an uncontroversial individual employment matter has been used as a catalyst to challenge your position - especially at a time when we should be focused on our winter planning for covid-19, the economic recovery and the delivery of the Government Plan.

He said: “Whilst the Government has set out the draft Government Plan, setting a more certain future for the Island over some challenging years to come, we have found ourselves significantly distracted by an overt attempt to derail the progress that this Government has made over the past two years and a challenge to our plan for the future. 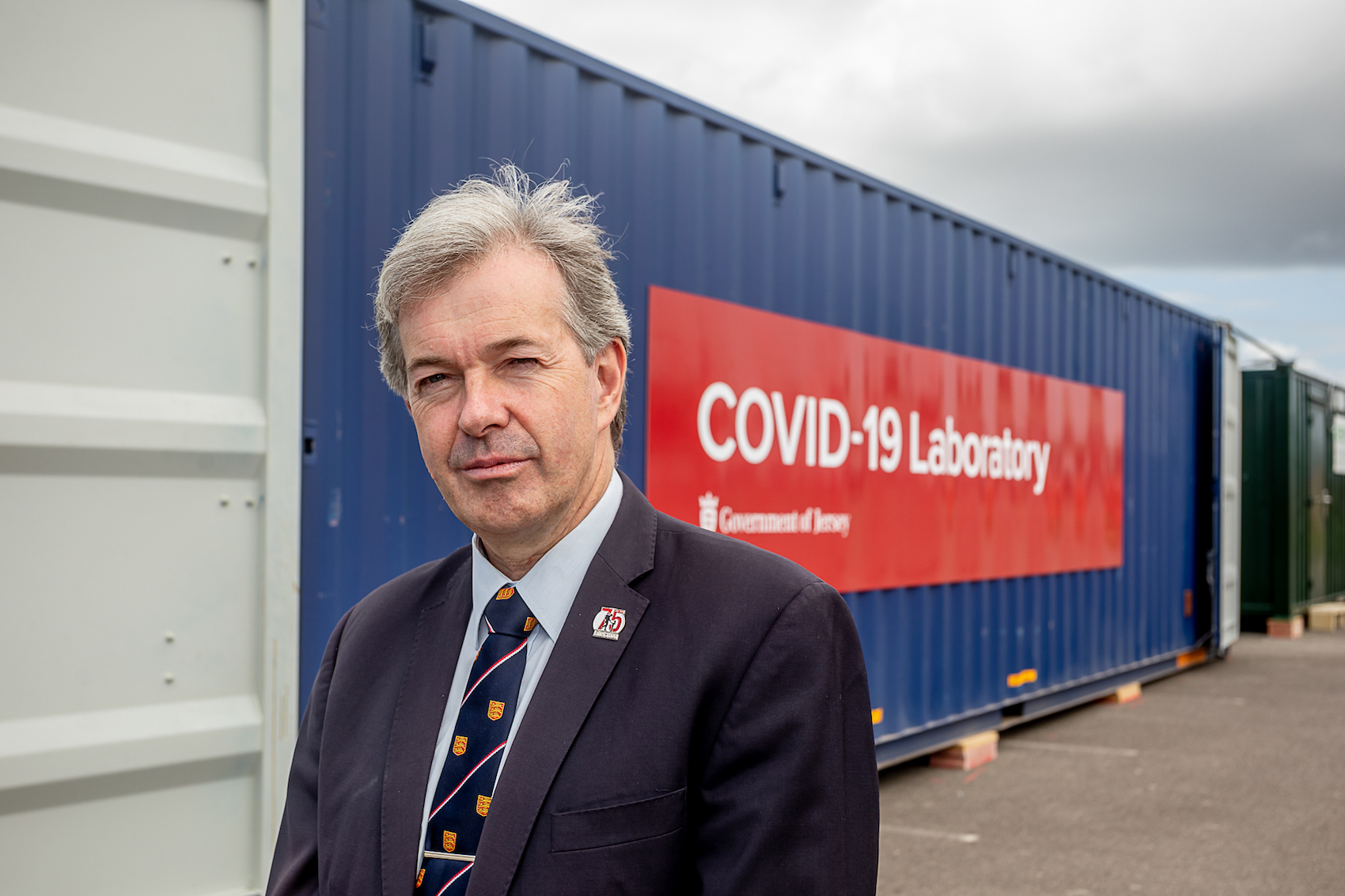 Pictured: The Chief Minister praised Mr Parker for his work, but said his second role had become a "distraction from the Government agenda."

“Tomorrow, I will set out why my leadership and this Government needs to continue to deliver our ambitious agenda. We are getting things done where many others have not made progress before.  We will continue to do so and rise above the politics that are engulfing and consuming others.”

The vote of no confidence debate continues this morning and can be watched live HERE.

FOCUS: No confidence vote balanced on a knife-edge

Posted by Paul Hadikin on Nov 10th, 2020
Why is he still here
Posted by IanSmith97 on Nov 10th, 2020
Don’t know why CP is temporarily still here (as if we can’t do without him, yeah right, he has destroyed the service to the public). J le F is now still here because C P walked the plank, simple as. If C P hadn’t resigned J Le F. Greater love hath no man than this than a man lay down his life for his friends.
To place a comment please login Login »