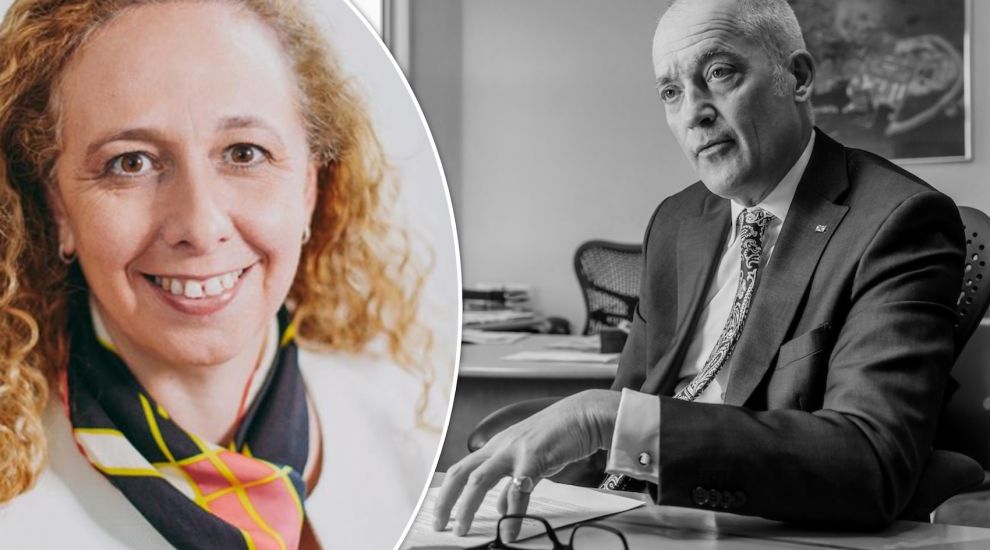 A failure to consult the Treasury before handing the Government's former Chief Executive a £500,000 'golden handshake' has been described as a "grave oversight" by the States spending watchdog.

The Public Accounts Committee has disagreed with the Chief Minister's explanation of the error as just a "technical breach" of Government spending rules, and his claim that Mr Parker's payment was no more than he was due under his contract.

They have also said that Mr Parker "...failed to respect the contractual obligation that formal approval for his secondary employment could only be obtained in writing from his employer"; and that his appointment was announced before the contract had been signed, leaving the Government in a "weaker bargaining position."

The PAC has found that Mr Parker's contact permitted the former Chief Executive to take a second job, provided that it was approved in writing by the employer. This didn't happen when he accepted a role with property firm New River, with verbal approval from the Chief Minister only being given, without any consultation with the States Employment Board. 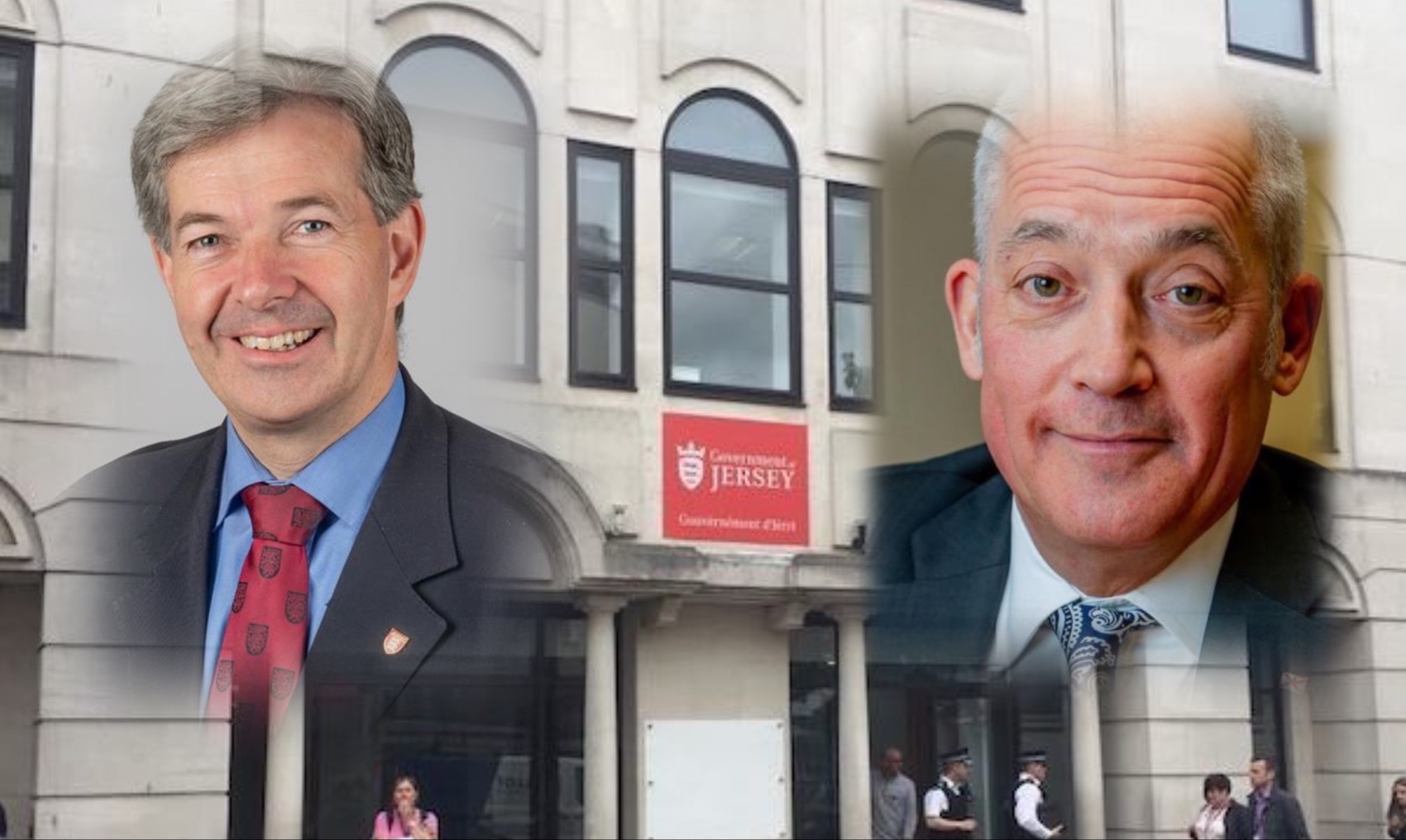 But there was no specific disciplinary procedure for the CEO, which led to a problem in providing a fair appeals process for him:

The comments come in a formal review of the 2020 States Annual Report and Accounts by the Public Accounts Committee (PAC), which they describe as "particularly challenging" because of covid, the exit payment for Mr Parker, and the fact that for the first ever in the history of the States accounts, the Government Auditors gave a "qualified" opinion, specifically because of that payment.

In an explosive report, the PAC also says that:

3) "The line management of, and process for, entering into compromise agreements for the Chief Executive or resolving scenarios regarding any secondary employment or appointments s/he may undertake, is flawed because the disciplinary processes and procedures for States’ employees have not been designed with the unique post of Chief Executive in mind."

4)  "The Committee does not accept that the minimal contractual entitlement was ‘to the value of £500,000’as stated by the Chair of the States Employment Board, and concurs with the Comptroller and Auditor General’s finding that the former Chief Executive was paid more than the minimum (and maximum) contractual entitlement, particularly given that the States Employment Board have accepted the factual accuracy of the Comptroller and Auditor General’s Report." 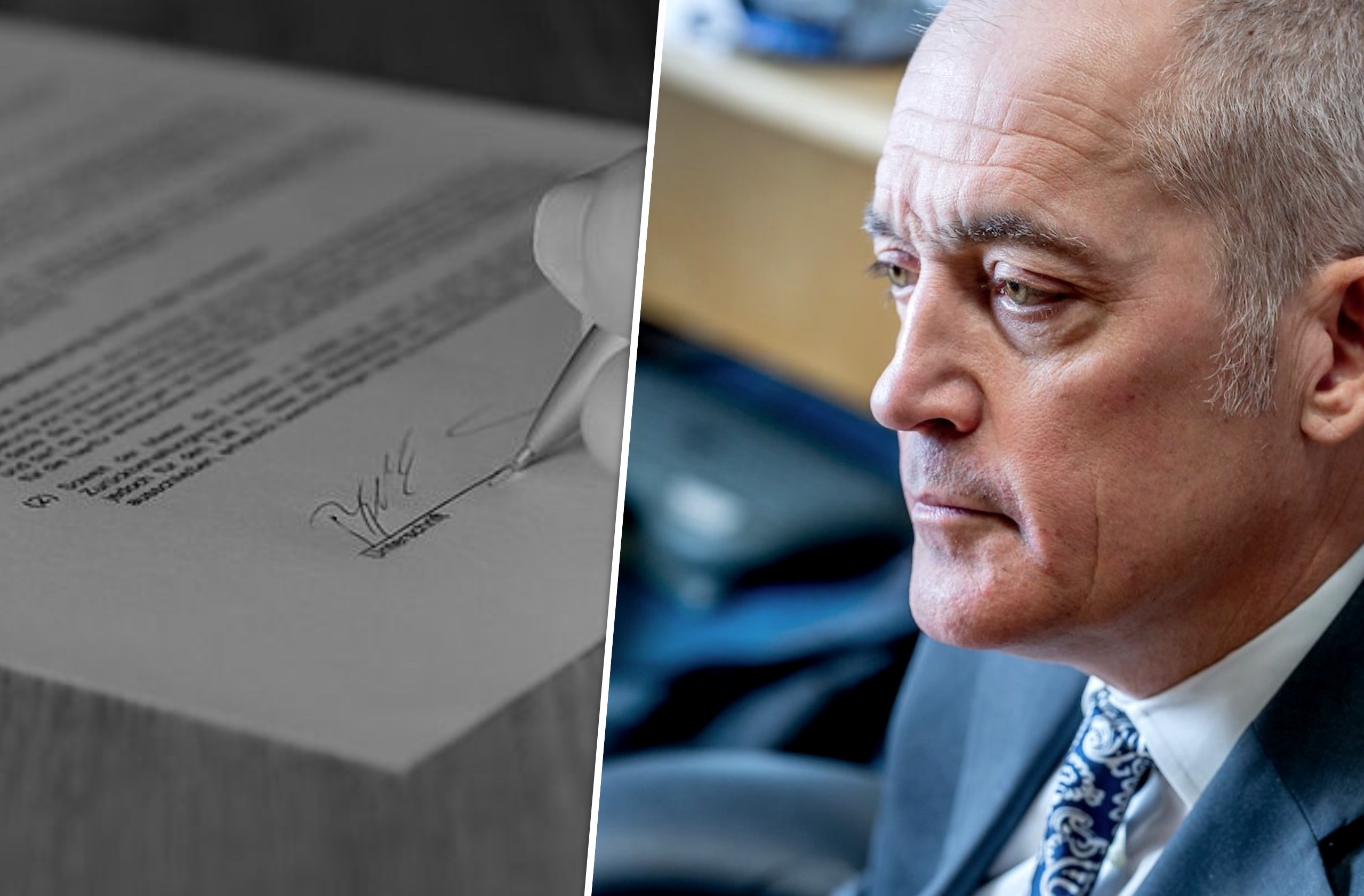 Pictured: the payment to Mr Parker led to the first ever 'qualified' report on the States accounts in history.

And it is the £500,000 payment to Mr Parker to avoid legal action over his departure from the Government which attracts the strongest criticism from the PAC, specifically the fact that Treasury Officials weren't consulted in advance - something the Chief Minister, Senator John Le Fondré described as a "technical breach" of the government's rules.

PAC Chair, Deputy Inna Gardiner, commented: "...the PAC does not share the view of the Chief Minister, in his role as Chair of the States Employment Board, that the lack of consultation with any member of the Treasury and Exchequer before or during the time the exit payment was negotiated with the former Chief Executive was a mere “technical breach” of the Public Finances Manual.

"The PAC is of the view that it was a grave oversight which may have caused, contributed to, or given the impression of, an absence of proper financial oversight and/or expertise in respect of the final negotiated settlement."

While accepting that the payment itself was "not unreasonable" the PAC goes on to call for a specific disciplinary procedure to be put in place for Government's Chief Executive - something that wasn't there for Mr Parker, and is thought to be a key reason for the way events surrounding his departure unfolded.

They have also set out a list of other changes which need to be made before a permanent successor is appointed.

Deputy Gardiner also warned that the Government needs to be much clear in how it defines savings, with some "efficiency savings" having only been achieved by deferring spending from 2020 to 2021:

"Other findings we have made support our recommendations that future Annual Report and Accounts should separate spending made in response to covid-19 or other non-recurrent expenditure from routine annual spend and greater clarity should be provided to distinguish ‘efficiency savings’ from the deferral of growth and other rebalancing and savings measures."

EXPRESS OPINION: Power without process has just cost us £500k

Posted by captain sensible on Aug 16th, 2021
Another expensive blunder by the Circus, interesting that the excuse for paying £500k was to avoid any legal action that the former Chief Exec CP may choose to take.
In my experience if someone takes legal action, there is no guarantee that they will win. it seems that JLF and SP decided that The States would lose , so just put their hands in our, the taxpayers, pockets.
Posted by Guy de Faye on Aug 16th, 2021
A number of descriptive words and phrases have been applied to Charlie Parker's £500,000 payoff and I would like to add two extra - utterly disgraceful.

Putting all other matters to one side, it was well known within Jersey's public service that Mr Parker not only maintained tight control across all departments and any policy development, but he was also a close monitor of the Government of Jersey's public image via the hugely expanded Communications section.

It has been suggested by civil service sources that a media release would, generally, not be issued without Mr Parker's approval, so it is stretching credulity to think that he was not wholly cognisant with the media release that claimed Jersey's Chief Minister and Deputy Chief Minister had verbally approved his appointment as a non-executive director of the New River real estate investment company.

Whether Mr Parker dictated, drafted or ordered that media release, the key element is that the view of the Deputy Chief Minister was, according to Senator Farnham, completely misrepresented. In respect of the New River non-exec directorship, Senator Farnham maintains he advised "not to touch it with a barge pole".

I challenge any expert in employment law to demonstrate how fabricating and misrepresenting a statement of Jersey's Deputy Chief Minister was not misconduct in public office and a breach, or indeed a gross breach of the Chief Executive Officer's contract.

This issue needs further investigation. All the email exchanges pertaining to the media release should be examined and, preferably, published - plus the Communications section should explain who handled it, what directions were issued by Mr Parker and why were the stated positions of the ministers not checked with them personally?

Gross misconduct carries repercussions that can include immediate dismissal plus loss of bonuses and pension rights. A departure with a £500K hand out beggars belief and a deeper inquiry may well reveal that a number of other personnel should be considering their positions or departing as well - without immense reward.
Posted by Davey West on Aug 16th, 2021
It is good to know that the Public Accounts Committee and the Comptroller and Auditor General are strong, articulate and not afraid to question the executive and publish it's dismal failings. If Chief Minister Le Fondre and Treasury MInister Pinel after reading the report had any decency they would both resign themselves to the back benches. Should they both decide to offer themselves for a further political run come the next elections it will be interesting to see if the people support them after the recent long line of fiascos ?
Posted by Richard Lock on Aug 16th, 2021
And of course we wait with baited breath to learn how much the resignation of Mr Blazeby of Home Affairs will cost the taxpayer.
Posted by Michael Blampied on Aug 18th, 2021
A grave oversight eh? In other news our Rome correspondent advises that the Pontiff favours Catholicism whilst an eminent team of scientists have concluded that bears have a predilection for defecating in wooded areas.
To place a comment please login Login »