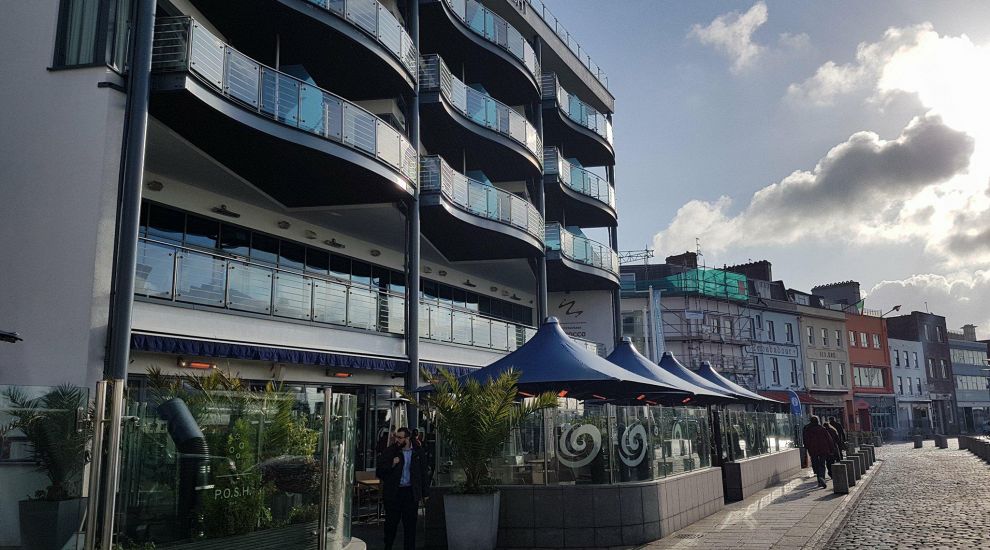 The venue at the centre of a major covid investigation to make sure the necessary rules were all followed at a private party - which officials believe is linked to a big rise in active cases - has been confirmed to be the Royal Yacht. The news comes as the total of active cases in Jersey hits 200.

On Thursday, the Government’s daily covid update revealed 35 new cases, a 23% increase in one day, many of them believed to be linked to what they described at the time as a, "...private event held last week in the hospitality sector."

Tonight the government has confirmed the number of active cases has risen sharply again, from 181 yesterday to 200 today, one of which is in a care home. Two people remain in hospital. Since Thursday case numbers have risen from 149.

It's now been confirmed to Express that the private event in question was held at the Royal Yacht, and officials are currently trying to confirm that all the proper rules were followed to minimise the likelihood of passing on the virus.

When asked by Express about the private event, James Taylor, Chairman and Chief Executive Officer of the Royal Yacht Hotel, said he would not comment but added that the venue always follows the covid safety guidelines.

Deputy Chief Minister and Economic Development Minister Senator Lyndon Farnham, who is a director and consultant of the company that operates the venue, also declined to comment, adding that he had no involvement in the day-to-day running of the business.

However, coming at a time when it looked like the number of active covid cases was beginning to level off, Chief Minister John Le Fondré, and Health Minister Richard Renouf, could not hide their frustration at a government media briefing. 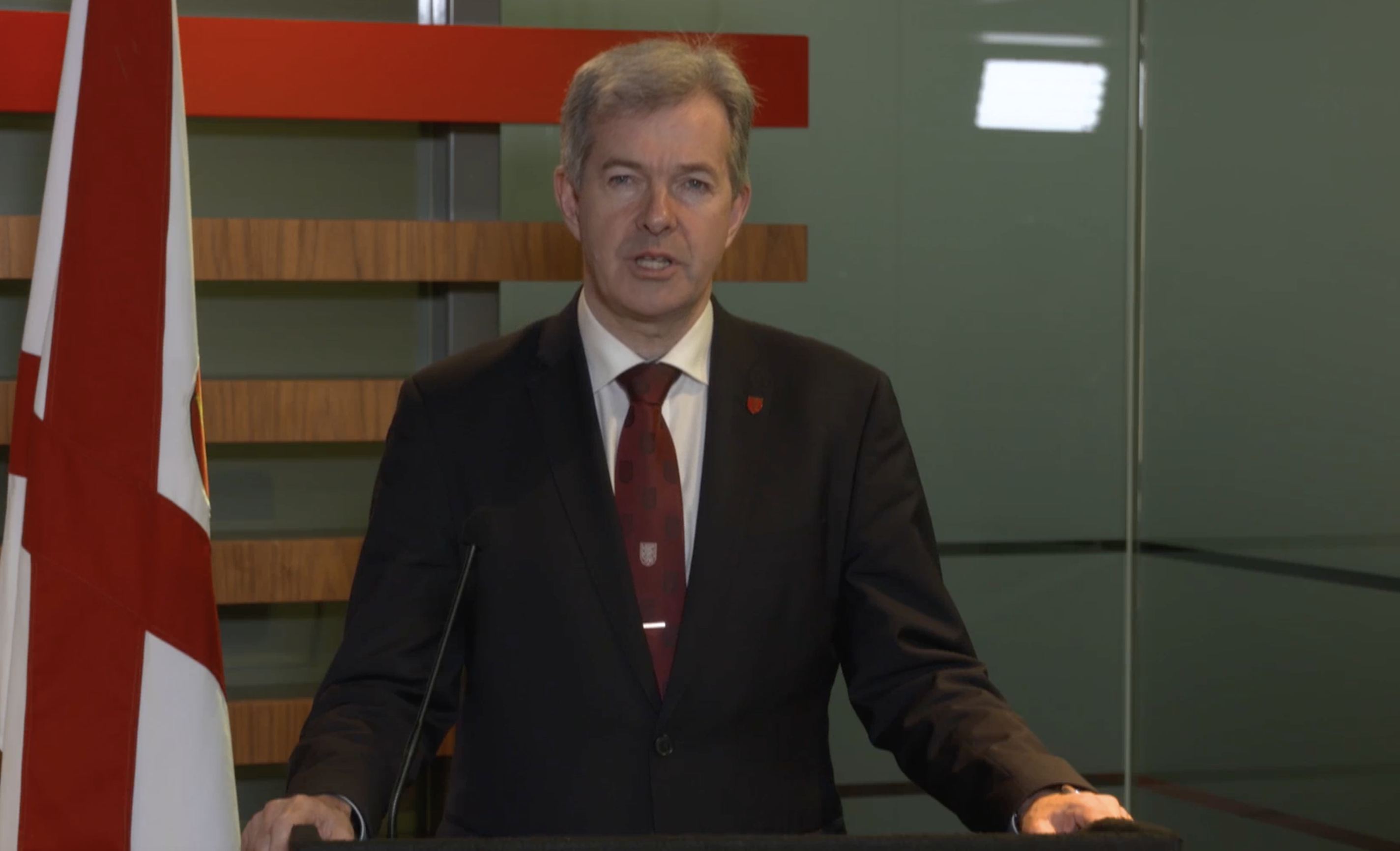 Chief Minister, Senator John Le Fondré: "The consequence of this particular event is that schoolchildren will now miss a part of their education"

Although the conference was held to give details about the planned vaccination programme, ministers were also asked for their response to the news about the recent spike in covid cases.

"The consequence of this particular event is that schoolchildren will now miss a part of their education. There are some really good examples within the hospitality sector of making sure everybody is registered, of separation, of people being dealt with in a safe way.

"It is very much down to the hospitality sector, who we are really trying to support through this process, to make sure that their members understand that when these breaches occur it makes everybody’s life an awful lot more difficult to avoid a lockdown. It is the balance between lives and livelihoods.

“It all comes down to what was the law at the time the event took place. The priority has been to try to get that cluster nailed down and we can then deal with the aftermath."

“We’ll know more later how many numbers have come out this event, it is more than disappointing – which is the expression I am somewhat diplomatically using at this stage – that a particular event has generated this number of positive cases.”

Pictured: Health Minister, Deputy Richard Renouf: "I wish people would understand that all gatherings are a risk."

Health Minister Deputy Richard Renouf took the opportunity to remind islanders that they still need to be careful, particularly in the lead-up to Christmas.

"I wish people would understand that all gatherings are a risk. All sorts of people appear to have been affected, with people having to go into isolation because a positive case emerges. How ridiculous, we only have a few months to put up with this and we can keep our island steady and secure if we just applied a bit of thought.

"We are seeing now just a few cases in hospital and we don’t want those numbers to grow. The riskier we become, the more likely we will see increased numbers in hospital."

Responding to the Ministers' comments about the hospitality industry, Simon Soar, CEO of the Jersey Hospitality Association, said: “The JHA has always encouraged our members to wholeheartedly follow the guidance. But while we do our absolute best to contain the virus, it is very difficult to stop the virus when people are asymptomatic. We have seen the virus spread this way more in private settings because the hospitality industry goes above and beyond what the guidelines say."

Posted by neil faudemer on Nov 27th, 2020
The Government are being exceedingly irresponsible by not naming or confirming the establishment and could be putting lives at risk by not making the General Public specifically aware of the precise circumstances of this outbreak. A bit of openness and transparency would go a long way in such circumstances but is so sadly lacking with potential serious consequences.
Posted by David Kingham on Nov 28th, 2020
Will be interesting to see if the GoJ sweep this serious matter under the carpet. Surely if the Yacht has contravened the regulations and law following the so called investigations, a price has to be paid, and assume this will lead to the suspension of their licence. In my view there should not be any 'kid gloves' approach to what is a serious situation which could have an effect on a considerable number of the islands population.
Posted by L Brindle on Nov 28th, 2020
The more you're told that transparency and accountability is the number one priority, the less likely it is that it's true. Just making yourselves look foolish with the wishy washy round the houses it wasn't me approach to press releases. People aren't stupid, so stop treating them like this.
Posted by Steven Simon on Nov 28th, 2020
Let’s just hope if they did break the rules they get what is coming to them as a company. But somehow I very much doubt it?
Posted by Paul Acton-Phillips on Nov 29th, 2020
It is all very well blaming the establishment, but what about the participants in this party? Everybody knows that meeting up in enclosed places will encourage the growth of the number of cases. I have declined several invitations to events recently because I don’t want to catch this thing, or pass it on. We will all be able to catch up with friends when the main tide has passed and we get into a period of near normalcy.
What would our forebears say, who went through real wars? Perhaps ‘ oh the poor dears they can’t get their usual six glasses of Prosecco, they have to go without’!
Get a grip people, and do the right thing!
Posted by neil faudemer on Nov 29th, 2020
Paul Acton -Phillips I am not blaming the Government but naming the time date and place of the incident immediately prevents rumour and acts as a safeguard irrespective of any ongoing investigation. I completely concur with your sentiments regarding the participants it is incredibly stupid and totally selfish and must be dealt with accordingly.
To place a comment please login Login »