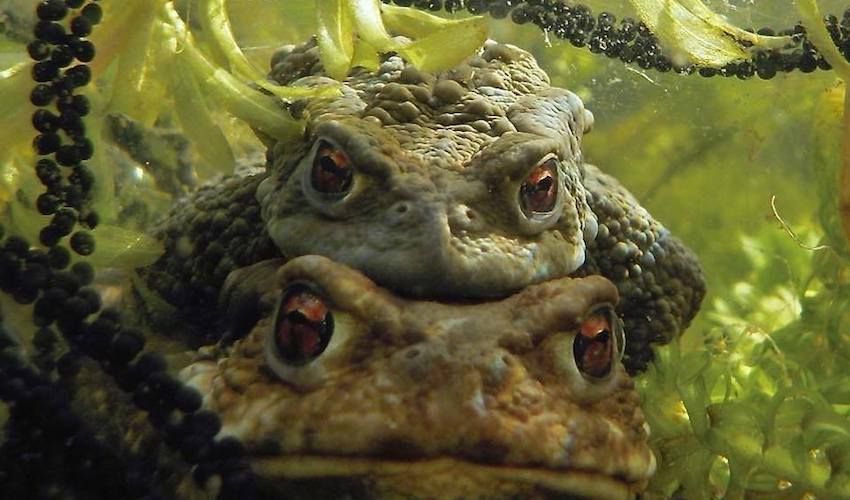 Footpaths around Les Landes have been closed off to make space for toads in the throes of love in the next few weeks.

With Valentine's Day just around the corner, crapauds are imminently due to start breeding in ponds and puddles across the area.

Once a familiar sight in local ponds, Jersey crapauds are now more rare, and efforts are being made to identify them throughout the year and protect them during breeding season.

As well as closing the footpaths off around Les Landes, the Jersey Biodiversity Centre (JBC) - which spearheads an annual 'Toadwatch' campaign - is asking islanders to create 'slow down' signs in areas where toads might be vulnerable.

The National Trust also advised: "Let's help our Crapauds by avoiding water bodies where they could be breeding and keep an eye out whilst driving during wet evenings, where they are likely to be moving around to find their breeding grounds."

JBC wants islanders to log any sightings of toads so they can build a pattern of their activities and movements at various life stages.

While they are likely to be found around ponds in the coming weeks, outside of breeding season, they like taking cover under damp leaves and logs.

If you spot a toad while out and about, log your finding <HERE.

'Spider Man' is coming to Jersey!