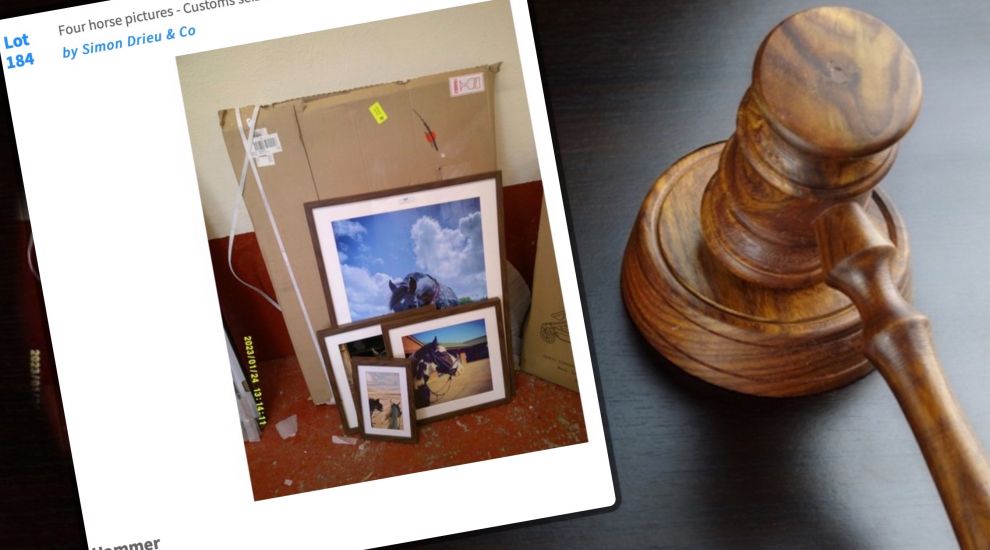 An islander was forced to make an auction bid for a series of photographs of her own horse after a GST "mix-up" meant they weren't delivered to her door as planned.

The photographs of Samuel the horse, which were labelled as "Customs seized items" on the auction catalogue, sold under the hammer at £55 at the Simon Drieu and Co's Glencoe auction house today.

Having spotted them, an eagle-eyed member of the local equestrian community posted on Facebook about the photographs in the hope of reuniting them with the owner.

Fortunately, Samuel's owner - Betty Dorey - was on the case.

Ahead of the auction, she said: "Unfortunately it was all a mix-up with the declaration and GST on both sides. It's not really anyone’s fault, just one of those things."

She added: "I’m hoping my bid will be the only one on them as I can’t imagine they would be of any use to anyone else."

Thankfully, Betty was able to retrieve the photographs after a friend bid for them on her behalf.

The whole saga arose due to a GST practice many islanders may not be aware of. 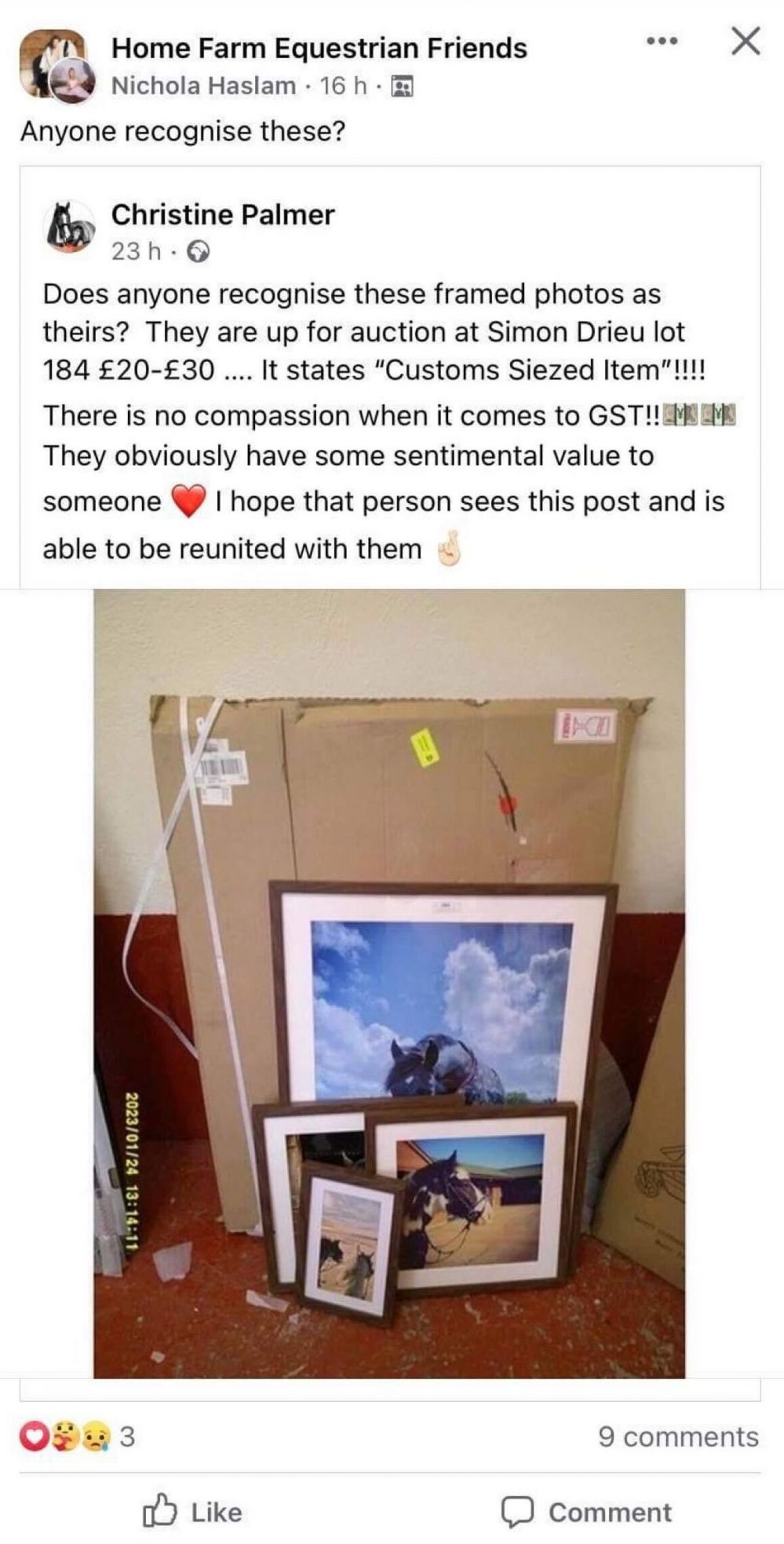 Pictured: A member of the equestrian community posted on Facebook about the photographs.

The photographs were provided to the auctions house by the Jersey Customs and Immigration Service.

In the event of non-payment of GST, Customs can legally sell any seized item provided that they have provided the owner with seven days' notice.

Any proceeds from the sale go into the miscellaneous Customs income account, which is then forwarded to the Treasury.

Today's auction also saw a litany of other items seized by Customs go under the hammer - among them, a set of golf clubs, a new booster seat, a Weber rotisserie, a bunk bed, and a cordless muscle massager.

All were sold, though it remains unclear if they reached their original destinations or are now destined for another islander's home...

Posted by Austin Marsh on Jan 26th, 2023
If the auctioneer had some sense he would of cancelled the sale
To place a comment please login Login »

Six-fold increase in number of work permits issued since 2020