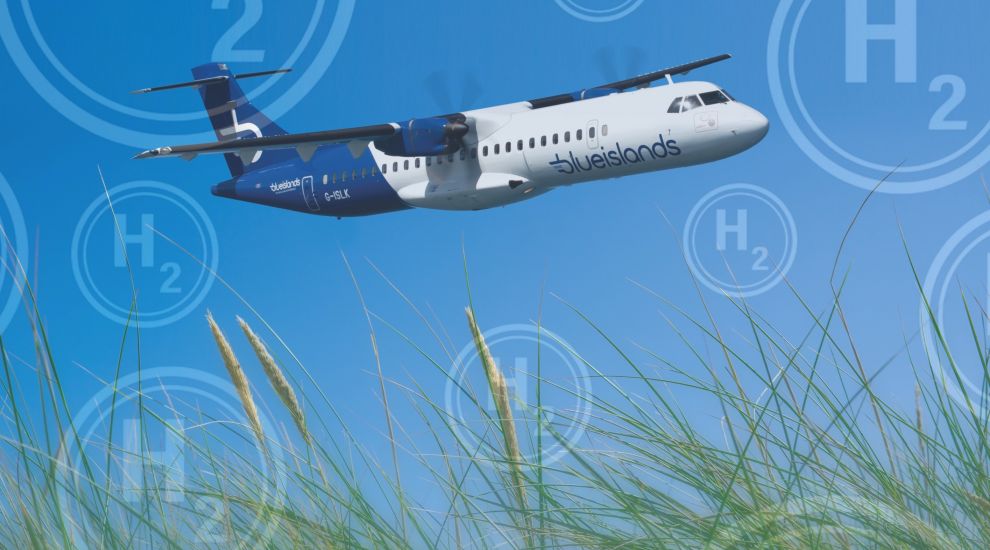 Jersey’s ports authority and Blue Islands have announced a plan to “transform aviation in the Channel Islands” with the help of “clean hydrogen” as early as 2025.

Hydrogen is known as a “true zero-carbon fuel”, as it is made from water and its only emission is water when it is used as fuel.

Ports of Jersey and Blue Islands have signed a letter of intent with Universal Hydrogen to purchase five ATR-72 conversion kits for the airline’s fleets to enable it to run off hydrogen.

The agreement, which remains subject to technical and commercial considerations, would also allow the business to provide fuelling services using modular capsules at the airport.

Ports and Universal Hydrogen will collaborate on sourcing hydrogen, while the latter will work on supply and delivery logistics. 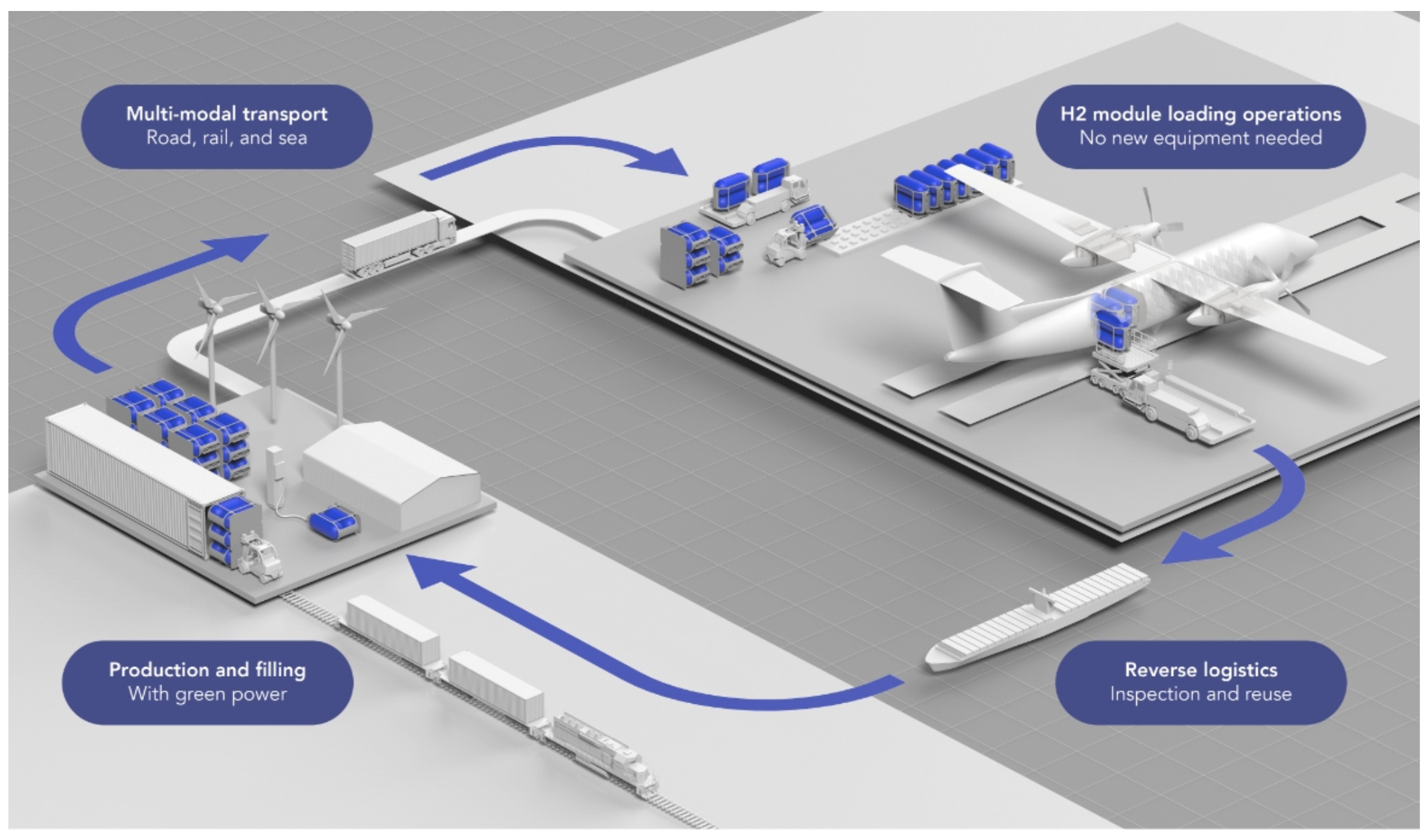 Pictured: The proposed hydrogen fuelling set-up at the airport.

Ports said it hoped the collaboration would stimulate demand for hydrogen locally, and ensure that new hydrogen infrastructure is not a barrier to decarbonising aviation.

“We’re committed to responsibly connecting our islands and ensuring that we remain focused on, and committed to, a sustainable future. Hydrogen-powered flights are a possibility. There remain steps to take, but we want to be part of the journey towards truly sustainable aviation,” he said.

“Airline connectivity for many regions like the Channel Islands is essential for its communities and economy,” Paul Eremenko, co-founder and CEO of Universal Hydrogen added.

“Universal Hydrogen is able to provide a true zero solution for Blue Islands’ services as early as 2025, and Jersey is already very well-positioned with a large part of its electricity grid being supplied by clean energy.”

“The speed of the innovation needed to achieve zero emission flights is incredible and it is gathering pace. This partnership aligns perfectly with our objectives and our commitment to ensure that Jersey plays its part in the decarbonisation of aviation,” said Ports’ CEO Matt Thomas.

Ports of Jersey stated its intent for the island to become a testbed for green technology when it launched its ‘Planet and People Plan’ earlier this year.

The publicly-owned business has joined three consortiums of aviation businesses, including engineering firms and airlines, who are vying for a share of up to £65m of UK Government funding to develop and demonstrate future aviation systems and new vehicle technologies.

It hopes that the ease of getting to Jersey, the fact that Ports runs most services in-house, including air traffic control, and the advantage that the island has its own area of airspace and civil aviation regulator, will make it an attractive location to test future aviation technology.

Other specific targets of Ports’ plan include:

Reacting to the new agreement with Universal Hydrogen, Economic Development Minister Kirsten Morel said: “I am pleased that Jersey is taking a leading position in sustainable air travel within Europe, thanks to this partnership between the Government, Ports of Jersey, and Blue Islands. It demonstrates our ability to collaborate and innovate for the benefit of islanders and the planet.”