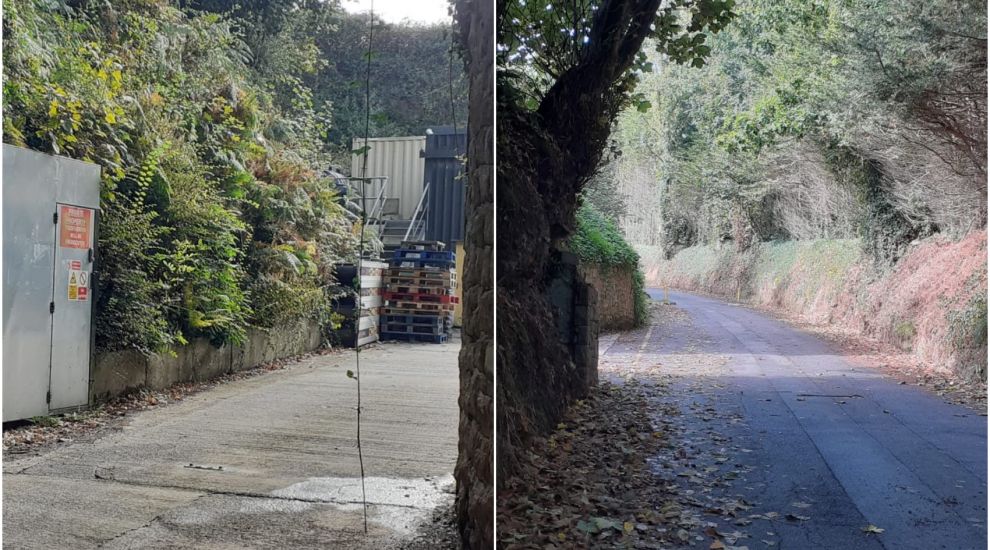 An application to build a storage depot for a building firm in an old quarry above Grouville Parish Hall has been rejected.

ROK Construction applied to construct a building made up of four units in a disused quarry in Rue des Alleurs. It also asked for permission to alter the entrance and the roadside embankments.

However, Planning has refused the application after the Planning officer assigned to it concluded the proposal would result in “unreasonable harm” to the amenities of neighbouring properties.

She also found that the increased number of units on the Green Zone site, together with more traffic and new parking and vehicle-turning arrangements would cause safety issues along Rue des Alleurs and its junction with Rue à Don.

The officer also said that not enough information had been provided on several matters, including the impact of the proposed development on wildlife, surface water and operational details.

Pictured: The location of the former quarry in Grouville (Credit: Google Maps).

She added that the plans also did not include a sufficient number of electric charging points and bike storage, which is a requirement of the Bridging Island Plan, which sets all planning policies.

Both the Parish of Grouville and the Infrastructure Department had objected to the proposal on the grounds of highway safety due to the increased intensity of use at the site. There were 44 objections in total.

The application is not going to the Planning Committee so the Environment Minister's refusal is based on the officer's recommendation.

Developers hit back at complaints over Grouville quarry plans