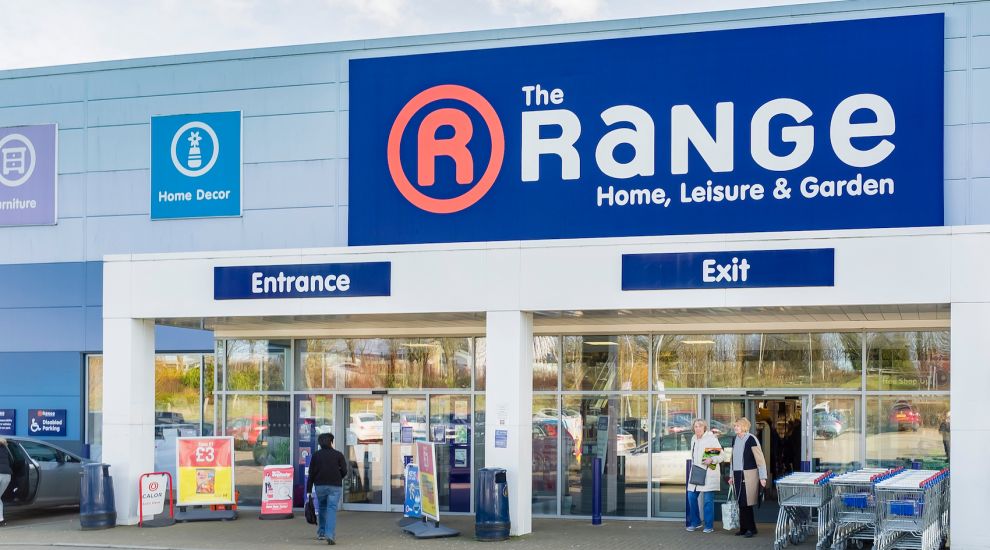 A planning application to change the Motor Mall on St. John’s Main Road into a home, garden and leisure superstore has been refused.

The Range – founded by Jersey resident Chris Dawson and describing itself as the "fastest growing retailer in the UK" – had applied to change the motor showroom, sales area, workshop and petrol forecourt into one of its stores.

However, it has been turned down by Planning, which has concluded that the change of use does not adhere to policies set out in the Island Plan.

One of these is ‘NE7’, which states that where there is a change of use of employment land in the Green Zone, and where there would be an intensification of use, it cannot create "undue noise, disturbance or a significant increase in travel and trip generation".

The officer dealing with the application found that the proposal did not meet this test.

In her assessment, the officer added: ““There can be no doubt that such a proposal on the island will attract significant interest and therefore be likely both to generate and divert trade from existing retail outlets.

“The submission rightly states that competition is not a planning consideration, but the policies within the Island Plan are, and the proposal does not adhere to these, and undoubtedly undermine trade in St. Helier.

“On a more detailed level, the existing use of the site presents challenges. It has a large open frontage with no soft landscaping and the building is utilitarian in appearance.

Pictured: The Range applied to planning to take over the Motor Mall on Grande Route de St. Jean.

The officer recognised that the proposal addresses some of these issues, but others had not been explained in sufficient detail, adding “the acceptability of the proposal in detail can only follow if the principle is acceptable.”

She also judged that the proposal would intensify the use of the site and generate additional trips, causing disruption to the road network, both in terms of the amount of traffic and highway safety.

The Range was founded by Mr Dawson in Plymouth in 1989 and now has more than 175 stores across the UK.

It says it stocks more than 65,000 products across 16 different departments, from homewares and furniture to DIY and art supplies.

Mr Dawson and his wife Sarah were worth £2.05bn, according to last year's Sunday Times Rich List.

Posted by anthony turmel on Feb 23rd, 2022
site for a new Hospital...just saying. !
Posted by Jon Jon on Feb 23rd, 2022
Hope they appeal! amazes me how planning allow some commercial sites to set up deep in the countryside and refuse others like this especially when a commercial business is already there.We live in the countryside but it didn't stop planning allowing a commercial site effecting our property!
Posted by Valerie Payne on Feb 24th, 2022
Ridiculous! As soon as we look forward to a decent, affordable shop with great products that people would welcome planning say no! It’s disgraceful, I hope they appeal.
Posted by David Kingham on Feb 24th, 2022
What a suprise, what about the Piwerhouse & B&Q, guess they dont affect the volume of traffic and noise then
Posted by John Henwood on Feb 24th, 2022
Seems the refusal is on very tentative proposition that there will be an increase in traffic movement in and out of the site. I wonder, has Planning taken the time to measure the traffic flow? Motormall has always offered just about the cheapest among local fuel prices, hence it attracts a huge number of vehicles at it's pumps. Also, the reference to town trading overlooks the consumer benefit of the introduction of The Range, which is renowned for its very competitive pricing model. I think an appeal would probably succeed.
To place a comment please login Login »