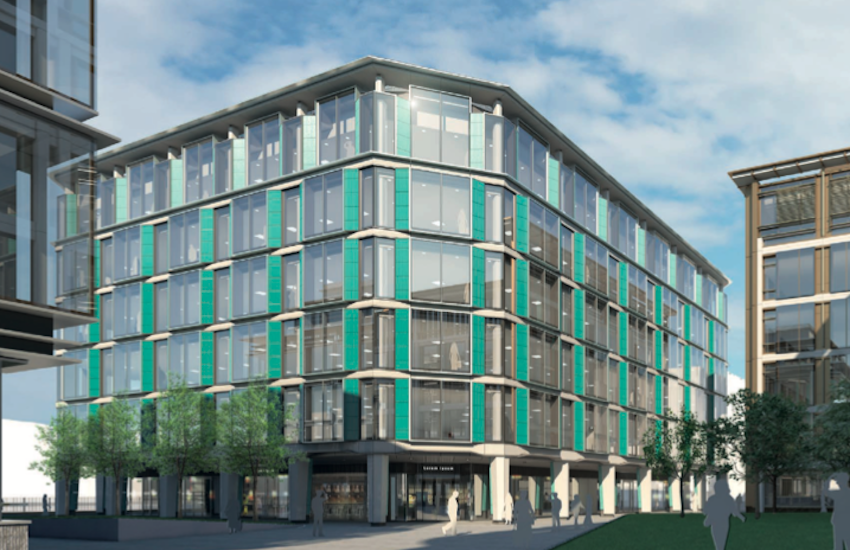 Plans for what will be the tallest and largest International Finance Centre building have been approved unanimously by the Planning Committee - despite one member describing its design as “not the greatest”.

IFC2, the fourth in the Esplanade set, will be seven storeys high, with a total surface of 13,250sqm.

It will include an underground carpark as well as retail and food and beverage units on the ground floor.

The office levels will be arranged with a core unit surrounded by a flexible space tenants will be able to arrange according to their requirements. 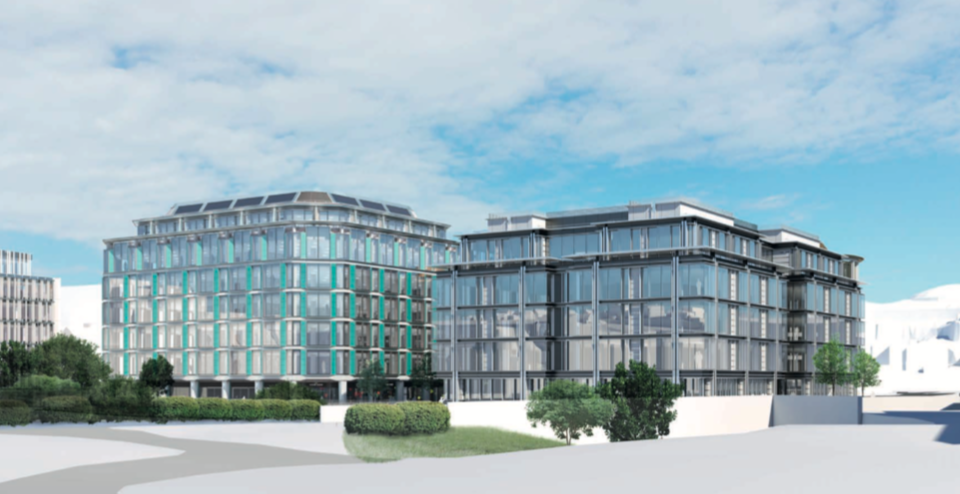 Pictured: IFC2 (left) and IFC6, whose construction is due to start later this year.

Lawrence Davies, the Officer in charge of the application, told the Planning Committee the Jersey Architecture Commission had praised the design.

He also indicated that, while IFC2 is a storey higher than the other buildings, the Planning Department believed it was appropriate within the context.

As part of the application, Trenton Square – which has recently come under fire due to its links with William Trent, who both traded and owned slaves – will be expanded between IFC2 and IFC6.

Mr Davies said the application for IFC2 was consistent with the rest of the IFC scheme and noted the “high quality of architectural design” before recommending it for approval. 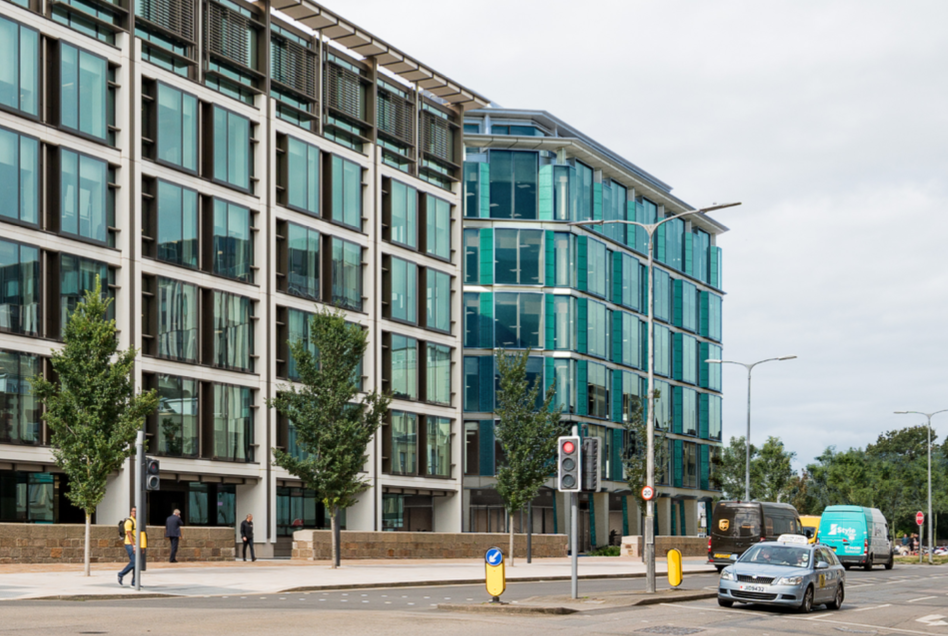 Pictured: The ground floor will include retail and food and beverage units.

John Baker, the Chairman of Jersey Action Group, spoke against the application, having previously written a 24-page letter of objection.

He urged the Committee to reject the application and place a moratorium on all futures builds in the area until the area of the IFC is included in the Masterplan for the South West of St. Helier.

He suggested an “arrangement” had been made to keep the area out of such a Masterplan despite the recommendations from the former Environment Minister, Steve Luce. 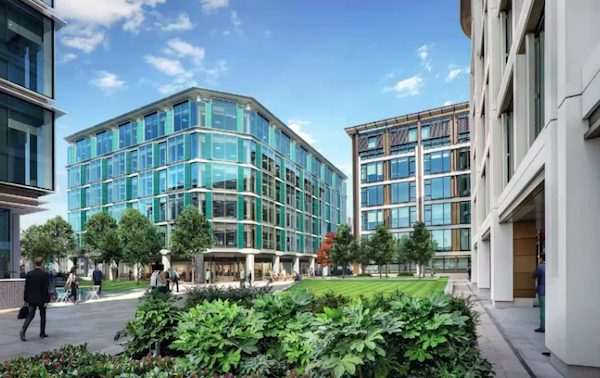 Mr Baker also argued that the changes in business practice brought on by the covid-19 pandemic would probably lead to a reduction in the need for office space, adding that IFC1 and IFC5 still have unlet space.

Former Architecture Commission member and engineer Christopher McCarthy also spoke against the plans, saying it was “Irresponsible for anybody especially for a government backed project to put an application in without an environment impact statement”.

Lee Henry then assured that a number of businesses had already indicated their intention to rent space in the building.

“Whilst we fully anticipate there will be greater flexibility given to employees, there will still be a requirement for office space,” he said.

The Constable of St. Helier, Simon Crowcroft, also spoke in favour of the application. 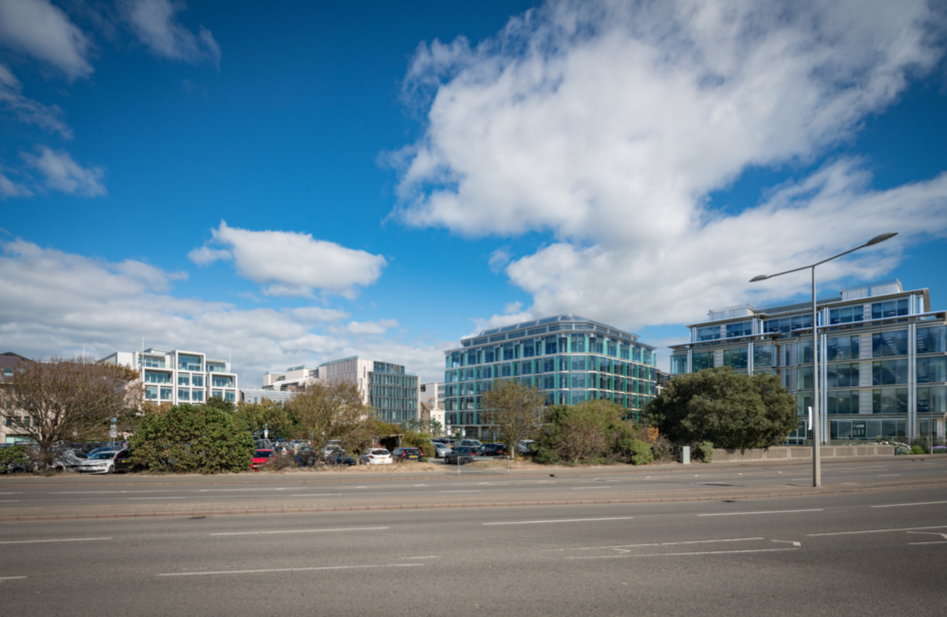 Pictured: A view of the area after the construction of IFC2 and IFC6.

Planning Committee member and St. Brelade Deputy, Graham Truscott, described the site as “controversial”, but said the island should nonetheless be proud of it, praising its “modern architecture”.

He said he was “very happy” to approve the scheme, saying it would create a “really great place for people to visit”.

Trinity Constable, Philip Le Sueur, said IFC2 completed a chapter in the journey the IFC had started on, adding that he liked the architecture. “I do not see any reason not to approve this,” he added.

Deputy Kirsten Morel also approved the scheme, despite saying the architecture of the building was “not of the greatest”.

“It’s my entirely subjective view, but from a design perspective I don’t think they look very nice,” he said.

He also urged the JDC to update the 2016 Environment Impact Statement and to regularly update politicians on the progress of the development. 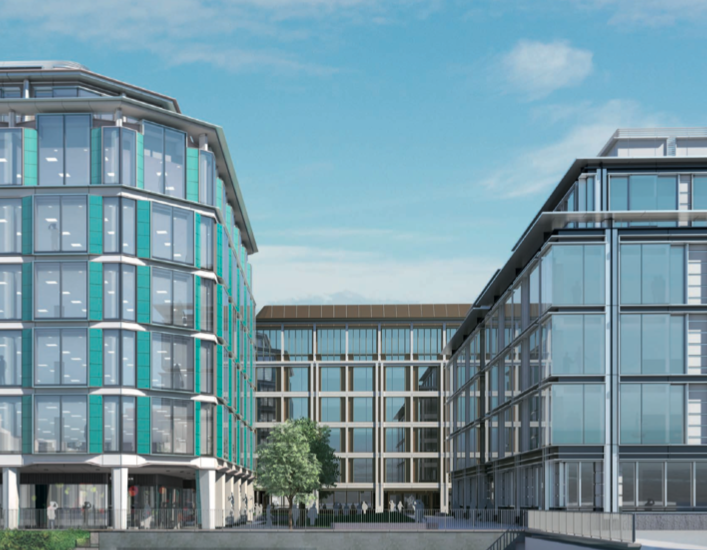 Pictured: The plans were approved unanimously.

Despite concerns about the asbestos contamination in the area and its removal, Deputy Rowland Huelin also approved the application.

Meanwhile, construction of IFC6 - the third building - is due to start later this year.

Posted by Dave Mathews on Jun 21st, 2020
I am surprised they have gone ahead with so much uncertainty with the world economy right now, and obvious changes to the way people wish to work.
Posted by George Gilbertson on Jun 22nd, 2020
Regarding finance centre surely with the number of people that will work from home in the future we will not need these buildings the only people needing them are those who will receive bonuses for building them
Posted by nigel pearce on Jun 22nd, 2020
George, at the nd of the day, I don't think there will be as many office workers opting to work at home as has been suggested. Firstly, it will not be as practical as has been made out as there has to be training and new recruits will need supervising. Secondly, would you want to work at home where your employer will be able to contact you day and night as you will in theory 'be in the office?'Thirdly, people will miss the interaction and what might be described as the social side of working in an office rather than the isolation of home. More likely is that some workers will opt to work some part of the week at home and some at the office.
To place a comment please login Login »