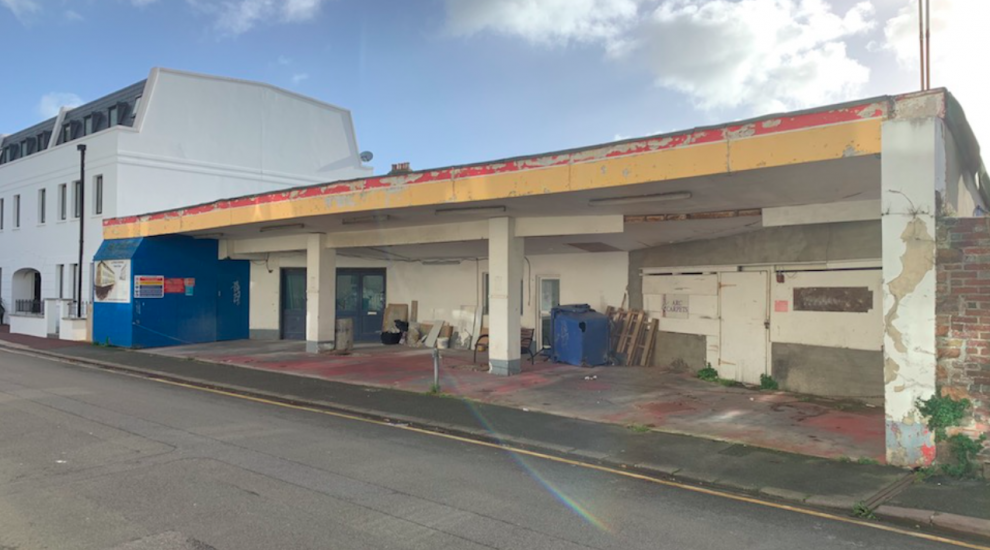 New plans have been put forward to demolish a former garage near Howard Davis Park and replace it with flats.

Submitted by Dyson and Buesnel Architects on behalf of a client, the planning application proposes a three-storey building with six units of accommodation on the site of Park Garage on Hastings Road.

The architects describe the plans as “sustainable development” which will “provide a much-needed addition to the island housing stock”.

A statement submitted as part of the planning application describes the existing building as being in “relatively poor condition”, and suggests that “the site usage for as a residential development is entirely appropriate” due to “the residential nature” of the area and the presence of “similar developments” throughout St. Helier.

If approved, the building, which will have solar panels on the roof, will include a ground-floor entrance lobby, one ground-floor parking space per dwelling, individual flat stores, and a communal bike store with electric bike charging.

The upper two floors are proposed to consist entirely of residential accommodation, with three one-bedroom flats per floor served by stair and lift access. There are also plans for each of these flats to be provided with private balcony amenity spaces.

It's the second time plans for housing have been proposed for the site. 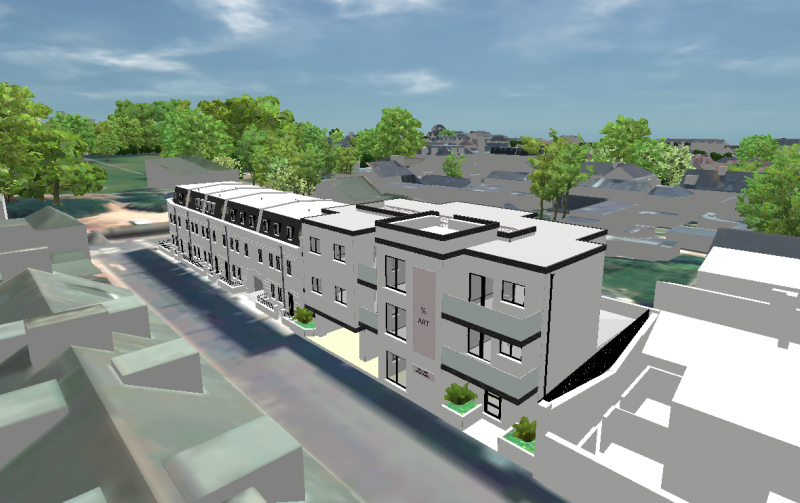 Pictured: A 3D model of the proposed three-story building.

The original planning application – which was withdrawn last year – proposed three two-bed and three one-bed flats. It was not supported by the Planning Department due to its impact on the neighbouring properties and the application has now been revised.

The changes in the updated application include reducing the development yield to six one-bed flats, reducing the building footprint to the upper floors so that the built forms are further away from the boundary, and redesigning the layouts to remove and reposition balconies and windows to prevent concerns regarding impact on overlooking neighbours.

The current plans are now pending and a decision will be made later this month.