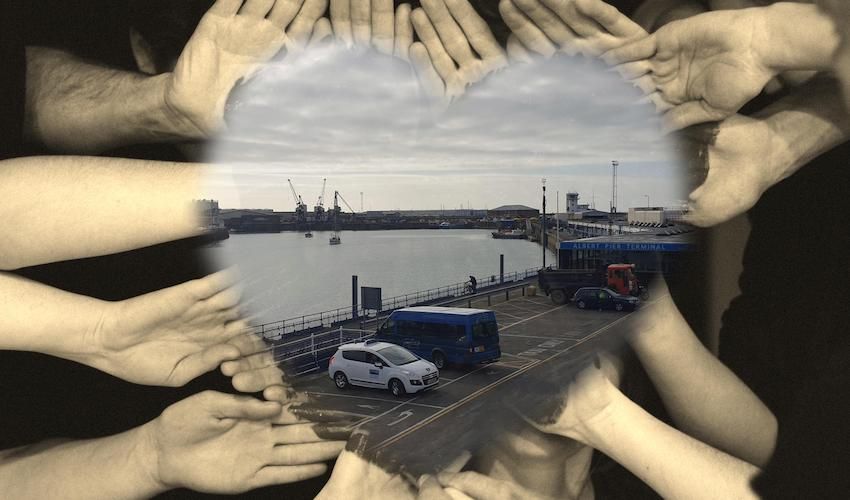 A granite plaque honouring the memory of 1,186 British men and their families who were deported to German internment camps during the Occupation could soon be installed near Albert Pier.

The St. Helier–Bad Wurzach Partnerschaft Committee - the committee responsible for raising awareness of the twinning between the two towns - wants to install the commemorative piece close to where the deportation took place on berth 5.

If approved, the plaque will commemorates the 1,186 British men and their families who were deported to Wurzach, Biberach and Laufen during the Occupation.

On 15 September 1942, the German forces issued a directive to British-born Channel Islanders and their families to report with their families at the Weighbridge, with “minimum language.”

Pictured: The British-born Channel Islanders were deported from the Albert Pier in September 1942.

The Biberach deportees were liberated on 23 April 1945 while those held in Bad Wurzach’s 18th century castle were freed on 28 April 1945 by the Free French 2nd Armoured Division. The United States Third Army freed the Laufen deportees on 5 May 1945.

Sadly, 44 Channel Islanders died in these camps and one during repatriation.

In a spirit of reconciliation, freedom and friendship, St. Helier was twinned with Bad Wurzach in the summer of 2002.

Pictured: Some of the deportees where held in Bad Wurzach’s 18th century castle.

Since then, the Partnerschaft Committee has been working in both towns to raise awareness of the twinning, organising cultural, working and sporting exchanges as well as partnerships involving the Jersey Arts Centre, the Youtheatre, The National Trust for Jersey and Jersey Heritage.

It also established a travel bursary allowing students from Jersey and Bad Wurzach to work in each other’s communities.

Ports of Jersey, who own the wall where the plaque would be installed, have submitted a planning application to obtain permission for the installation as the pier structure is listed.

In a letter to Kevin Pilley, the Director of Planning Policy, Leanne Bass, CSR Development Manager for POJ, said that she was “endeavouring to support the Partnerschaft Committee in the siting of a plaque on the Albert Pier to commemorate the deportation of islanders to internment camps near Wurzach, Biberach and Laufen during World War II.” 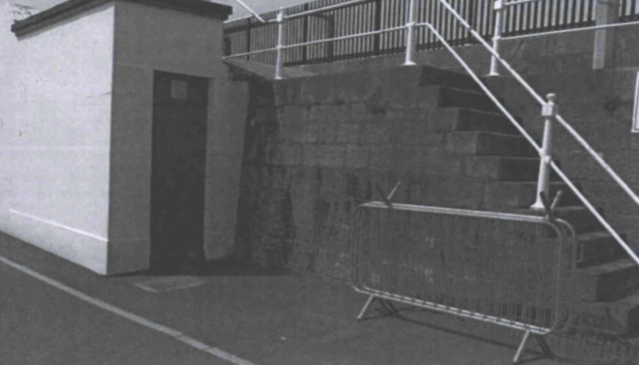 Pictured: The Committee has chosen a "significant" location for the plaque, close to where the deportees were put on the boats.

Explaining the choice of the location, she said: “The Committee have chosen a wall opposite the departure point where the deportees were loaded onto the boats which is significant to them.”

The large black granite plaque will be engraved in silver lettering explaining the events of 1942.

The Partnerschaft Committee is hoping the Planning Department will get their approval soon so that the plaque can be installed later this year.

They hope to hold the unveiling ceremony on 16 or 18 September, whilst Sir William Bailhache is Bailiff, as he has been “extremely supportive” of the Committee’s twinnings efforts for the past few years.