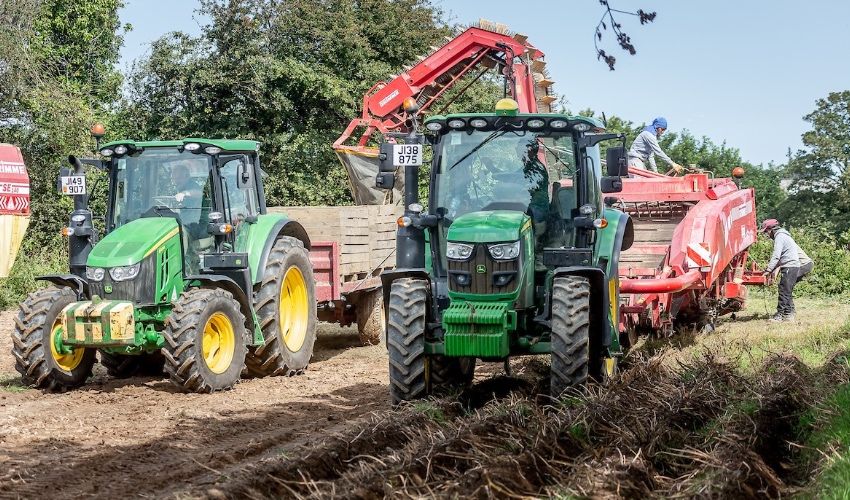 Economic Development Minister Kirsten Morel said it was therefore hardly surprising that Jersey farmers struggled to compete in overseas markets, as he pledged to reverse a 20-year decline in financial support to the agricultural industry.

Speaking at the annual Jersey Farmers Conference at La Mare Wine Estate, Deputy Morel said it was imperative to support local growers – not only large commercial farms but also smallholders and young islanders who want to have a career in agriculture.

He said that next year’s spending plans included an extra £1.5m of support and more money will be available after that.

This is on top of £400,000 of emergency funding given to dairy farmers in September to counter a ‘perfect storm’ of threats, including this summer’s drought, the war in Ukraine’s impact on fertiliser production and rising costs, including an increase in the minimum wage.

Deputy Morel said the Government recognised the importance of farming to the island’s food security, as well as the industry’s efforts to improve productivity, expand mechanisation and embrace new technologies.

A new ‘Economic Framework for the Rural Environment’, published in May, sets out a new mechanism for funding, based on producers being able to demonstrate a clear benefit to the public in what they do.

Deputy Morel told the conference: “We are proposing in this year’s Government Plan, £1.5m pounds in additional support for the rural economy in 2023, more than half of which has been found since July. 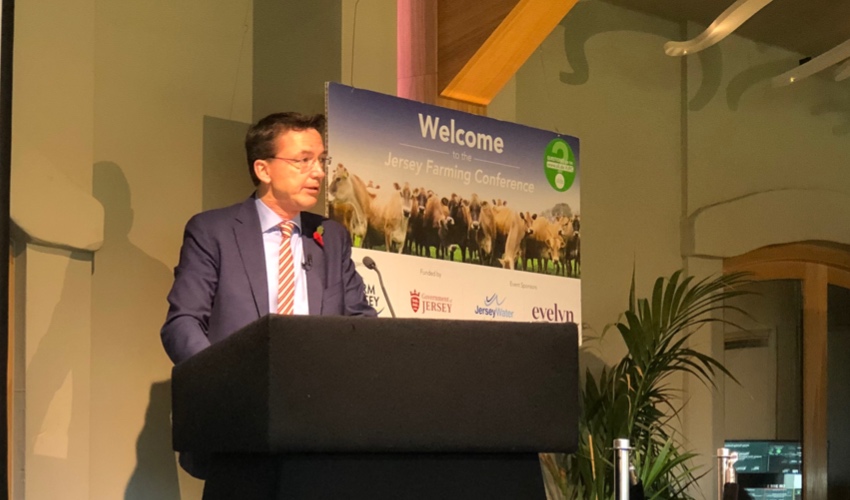 “This will bring the government’s total support for this sector to over three million pounds for the first time in over a decade. That’s less than 0.5% of government expenditure but it represents a big step forward.

“We are still well short of comparable jurisdictions, but it does reflect my commitment to begin correcting the downward trend in support we have seen in recent decades.”

Deputy Morel said he was not sure why successive previous governments had reduced the support for farming.

“With our new rural support scheme and rural economic framework, we now have the tools to effectively direct funds to the sector to provide public funding in recognition of and as a reward for the public goods which are delivered by all those people working in the rural economy.

“This new system will be inclusive, equitable and accessible and for the first time in 15 years. We’ll be able to provide support to growers of protected crops, poultry farmers and small holders because agriculture isn’t just about cows and potatoes or large farms, it is a multi-faceted industry that needs to be supported in all areas.”

The minister also mooted the possibility of ringfencing funds for agriculture as a percentage of total spending, as the Government has done for heritage and arts, but he conceded that there was resistance in the Treasury to this, because it could lead to money sitting in a pot unused. 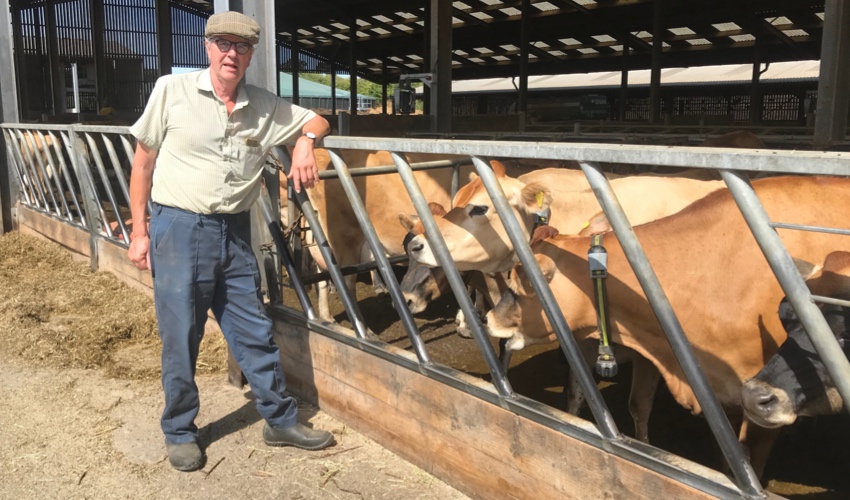 Pictured: Dairy farmer Andrew Le Gallais MBE is stepping down as the chairman of the Jersey Milk Marketing Board next month.

2% spent on agriculture equates to £9m a year, three times more than the £3m to be spent next year.

Deputy Morel said that support in 1993 had been £5m which, in today’s prices equated to £18m – six times the amount farmers will receive in 2023.

The Economic Framework also promises extra support to encourage new entrants into farming, possibly through help to meet the high capital cost of entering the sector, as well as promoting roadside stalls and helping smallholders to supply local produce alongside the large commercial growers.

Farmers said that agriculture was entering a new era of partnership with the Government. But dairy farmer Andrew Le Gallais MBE, who is also chairman of the Jersey Milk Marketing Board, said that the industry needed to better mobilise to make sure that public money was well spent.

He told the conference: “In my opinion, the time is now right to explore the creation of new ‘compacts’ or ‘covenants’ between like-minded farmers and government.

“This would not be in a prescriptive manner as perhaps the Milk Marketing Scheme, but in a way that gives the Government the confidence to articulate with and sustain groups of responsible and unified farmers who meet the its aims and objectives.”

He added: “The crux of this principle is that we need and deserve significantly more funding from Government in the future, but I put it to you, Government needs the confidence that its public investment will deliver a consistent and perpetual flow of quality food in a unified manner.

“This is the underlying principle of ‘quid pro quo’ which has always been fundamental to the negotiations that the JMM has had with government for years.

“But why now? Firstly, because there is a huge amount at stake for the future of the agricultural industry as we know it today.

“And secondly, that in all my 46 years of farming, there has never existed the degree of collaboration, respect and, above all, trust between farmers, between marketing organisations and, it must be acknowledged, between politicians as there is today.

“In our hour of despondency, now is the time to deliberate and organise ourselves for a genuine sustainable future.”

FOCUS: Woodside story – how significant would its closure be?

Nitrates in water and costs reduced by new farming technology

Posted by Keith Marsh on Nov 11th, 2022
Perhaps with greater subsidy from The State locally produced foods will show a reduction in price, and bring those in line with UK + EU prices.
Posted by Richard Milner of leeds on Nov 11th, 2022
How much are guernsey farmers subsidised? Notable by its exception?
Does the Jersey subsidy include things like the ring fencing of the sale of milk? And the subsidy this provides to Jersey farmers?
To place a comment please login Login »