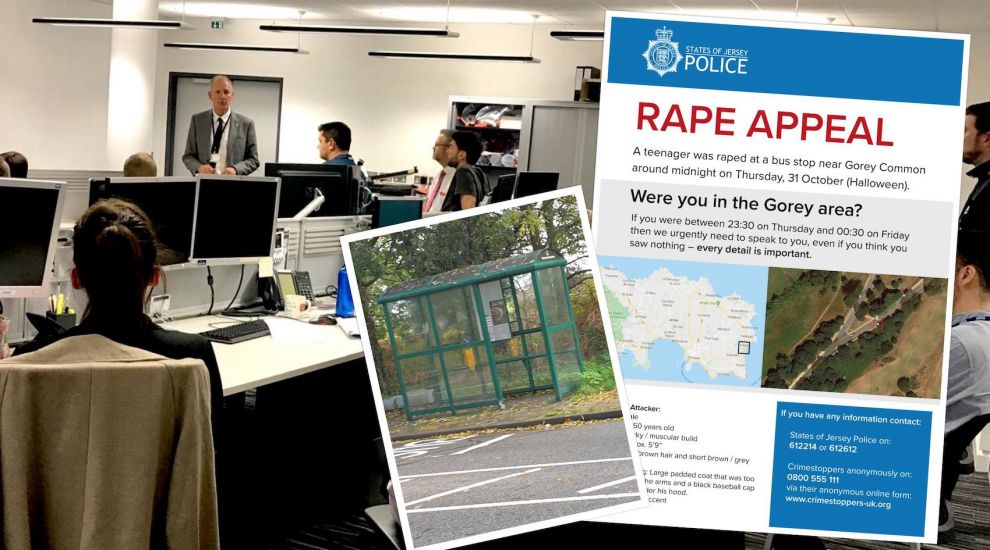 Jersey Police say they have arrested a 36-year-old man on suspicion of the rape of a teenage girl in Gorey.

One week ago, a girl reported that she has been raped after going to a Halloween party - she said she was attacked at the bus stop just after midnight, while waiting for her mum to collect her after a party.

Since then, Police have conducted 250 house-to-house enquiries, analysed CCTV from 15 sources, worked through information from 50 members of the public, and last night staged a reconstruction of what they believe took place.

They also released the image of the route the girl took after leaving a house party.