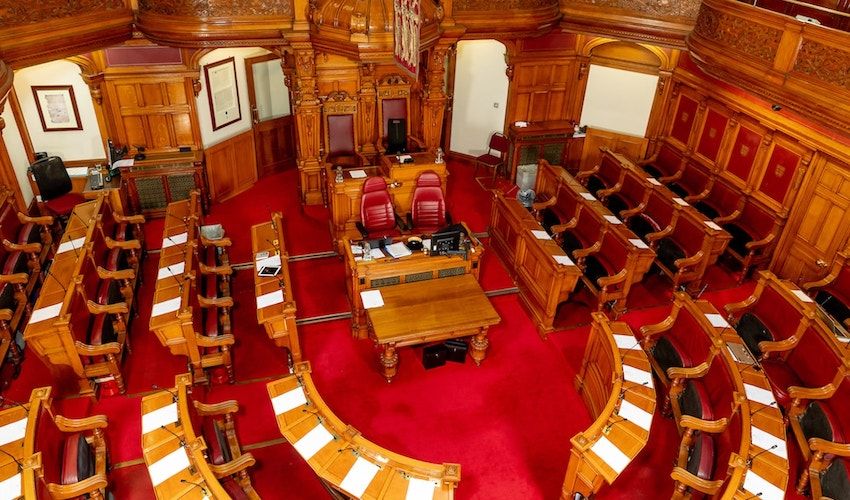 States Members will continue to be paid the same after the Assembly rejected an attempt to pay Ministers more.

While the bulk of proposed legislation to reform the way that Members’ pay is set easily passed yesterday, one article – that called for the current ban on different pay-scales to be scrapped – was defeated by 25 votes to 18.

This prompted one former Minister to criticise those 18, who were mostly Ministers or Assistant Ministers, saying it was reason why many islanders had no faith in their political representatives.

Reform head and ex-Housing Minister Sam Mezec took to Facebook to write: “Imagine one day voting against helping the people you are meant to serve [referring to his defeated proposition on affordable housing], then the next day voting for a chance to increase your own pay.

“Thankfully we beat them, and there will be no extra pay for government ministers. But this is why so many people have no faith in politicians.”

Pictured: Senator Sam Mezec was critical of those Members who voted for the principle of differential pay.

How much States Members should be paid has been a thorny issue ever since they started to receive a salary in 2004.

How much they should be paid, whether certain members should get paid more, and who decides what the appropriate level should be has bogged down the Assembly for almost two decades.

Now, the Assembly’s own internal standards-setter, the Privileges and Procedures Committee, thinks it has found the answer: an independent system will be set up, Members’ pay should be linked to an index, and an independent person or body should review the system every parliamentary term.

The States Assembly has voted to APPROVE part a and part b (i to vi), REJECT part b (vii) and APPROVE part b (viii to x) and part c of the Privileges and Procedures Committee’s proposition.

Pictured: The results of the debate on Thursday.

A 2019 report by the body previously tasked with setting Members’ pay did recommend differential pay – suggesting that the Chief Minister should be paid an extra £15,000 a year, and Ministers, along with the Chair of the Scrutiny Liaison Committee, should get an additional £7,500 annually.

But Members have not only decided that they should all get paid the same but also the body which made those recommendations – the States’ Members Remuneration Review Body – should be scrapped.

The first review under the new system will take place next year, when the pay index will also be introduced.

I ask the BWEx readers to put their views on this forum as to those who deserve more, or less with any reasoning?
To place a comment please login Login »