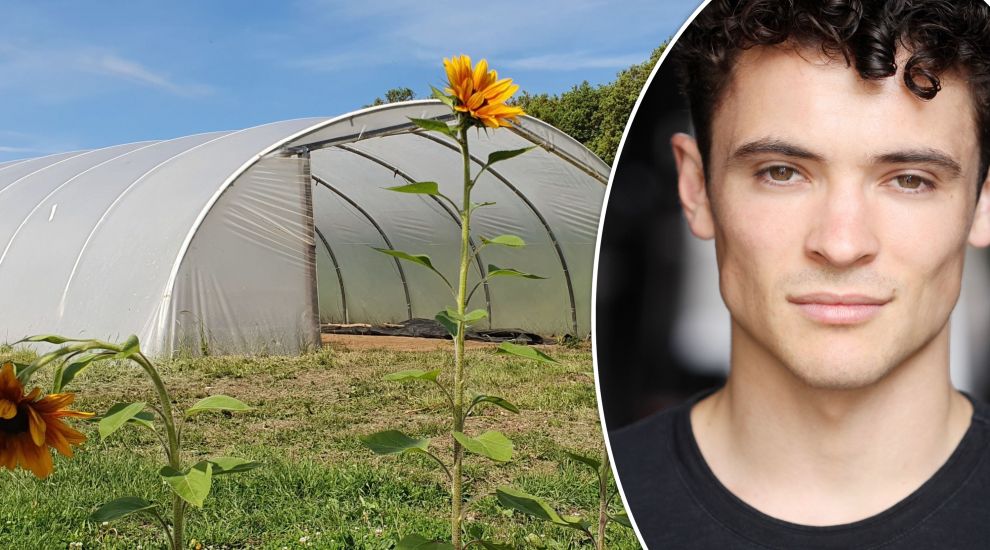 A Jersey-born actor, who grew up on a Grouville farm, has blended his roots with his artistic side to transform an abandoned potato-growing polytunnel into a space for wellness and creativity.

Jonny Labey hopes ARC (Art, Remedies, Community), as the project is known, will help "reinject love and interest into the arts” and teach people about sustainability while they listen to music or view artwork.

The Victoria College alumnus of Eastenders, West End and TV talent show fame told Express that he saw no future going into growing when he was younger, saying: “I realised I felt completely detached from farming and growing... My dad did not really want me to go in farming because there’s no money.”

But it was trying to organise fitness classes on St. Aubin's beach in February that led him back to the farm. As he tried to arrange with PT Angel Elliott, his mum, Collette, asked the question, "What happens if it rains?"

It was question that lit a spark, prompting him to find a way to use a piece of land on the farm that had been “unloved and unused” for 25 years.

The family got to work to convert an abandoned polythene tunnel once used to grow Jersey Royals into a “peaceful, magical, beautiful setting” to host workshops, creative and holistic, as well as events.

“It was clearing out brambles, moving out old rubbish cars, all the useless stuff you keep around the house,” Jonny said.

“It’s been so nice for me to be able to invest in my own family heritage.

"I never looked at that land and thought, ‘I know what I want to do with it’, it was more, ‘Oh my god, that’s just there!' Probably a lot of other families feel the same - we’ve all adapted and gone into different fields, literally.” 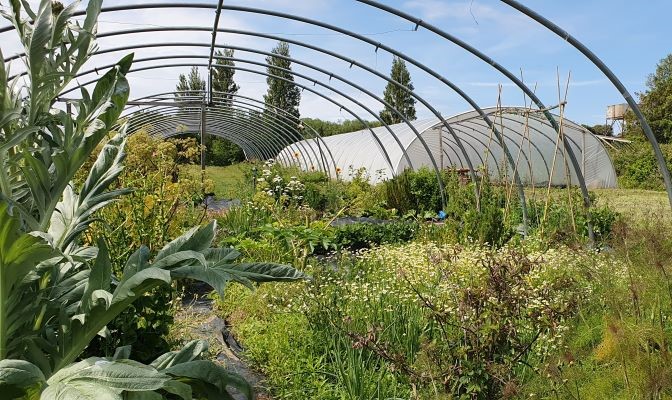 Pictured: The polythene tunnel was once used to grow Jersey Royals.

“It’s trying to sort of dismantle what people go to the arts for - whether it’s theatre, or music, taking off the formal setting and making it accessible,” Jonny said.

Jonny hopes the project will not only “reinject love and interest into the arts”, but also bring people to “abandoned heritage sites” where they can learn about sustainability and the importance of Jersey farms by going to an art exhibition, a concert, or yoga classes.

He also hopes that providing a new space to the local arts scene will help it start again and “grow organically” by “opening up... possibilities”. 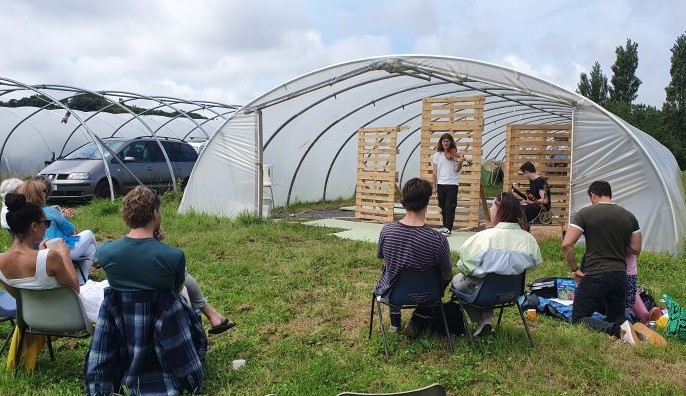 Pictured: The tunnel can host concert, exhibitions and workshops.

“I realised by extending the fitness idea to offer creative workshops and events and by using the tunnels, not only can we restore and re-love heritage spaces but we have something that can grow organically each year for other farms and turn into a real asset for the island. We already have spaces lined up for next year which is crazy exciting!” he said.

A number of events are already scheduled for this summer, including a concert with local band Von Cassidy - the members of which Jonny went to school with - on Saturday 31 July at 18:00.

ARC has also already started to branch out by partnering with local arts collective, RampArts Jersey, which will be hosting a series of workshops. 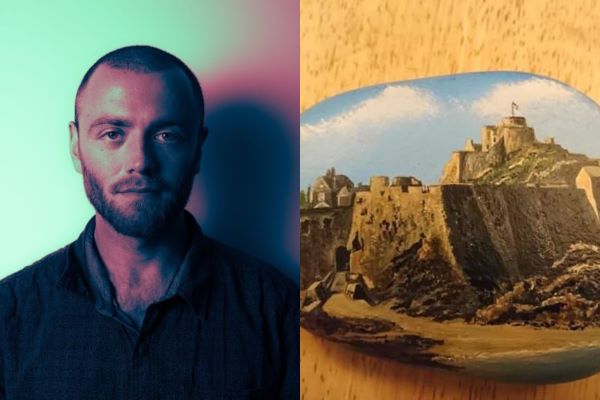 Pictured: The first workshops hosted by RampArts will focus on photography with Barney de la Cloche and pebble painting with Anita Rive.

The programme starts on Friday 6 August with a pebble painting session with Anita Rive, followed by a photography session on Friday 13 August with Barney de la Cloche.

“The collaboration with The ARC came about quite organically, I'd bumped into The ARC Founder Jonny Labey with friends and got talking about RampArts, he mentioned that he'd recently developed a safe and outdoor space, where RampArts could host a line-up of events and workshops,” Heather Brown, the founder of the collective said.

“I presented the idea to the art collective and they loved it! It's such a unique and incredibly special setting, it didn't take long for the RampArtists to get their workshop plans in, and dates down!”

Jonny hopes the ARC will “blossom into something special” - perhaps even including a six-week art festival that would attract locals and visitors alike, like the Edinburgh Fringe does.

“It would be one of the best things to happen to the island to have something to look forward that is cheap and accessible to everyone,” he said.