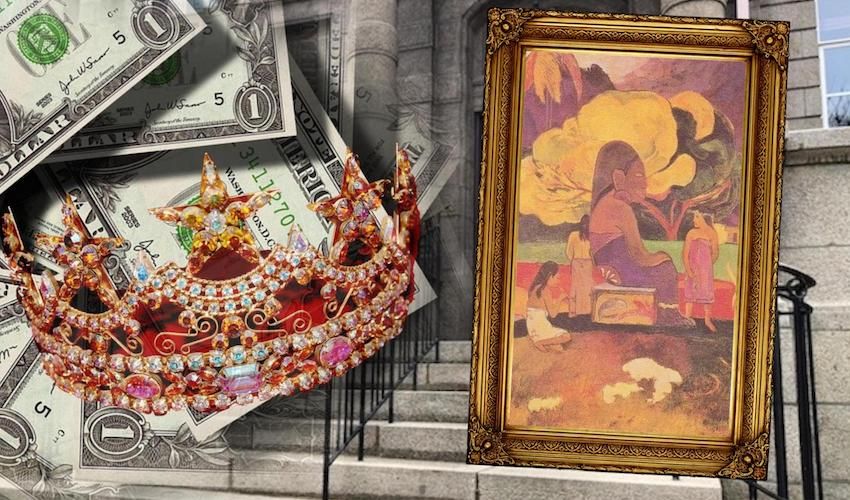 An Italian socialite princess has failed to convince a Jersey Court that she is unable to pay a £2m fine it imposed on her.

The punishment was handed down in December to Camillia Crociani - who became Princess de Bourbon de Deux Siciles when she married Prince Carlo, Duke of Castro - after the Royal Court ruled that she had acted in contempt by failing to properly disclose the location of a $66m Gaugin painting (pictured top), among other valuable family assets.

If she did not pay, the alternative was 12 months in prison.

The proceedings were linked to a previous landmark judgment in 2017, ordering that a $200m trust be reconstituted so that the Princess’s sister, Cristiana, could once again benefit from family wealth that had been redirected away from her. Cristiana had successfully argued that Princess Camilla and their mother, former filmstar Edy Vesel (later Edoarda Crociani), had conspired against her.

Shortly before the two-month deadline to pay the contempt fine, as well as £100,000 in costs to BNP, Princess Camilla asked the Court of Appeal if she could hold off paying until she has the chance to appeal. 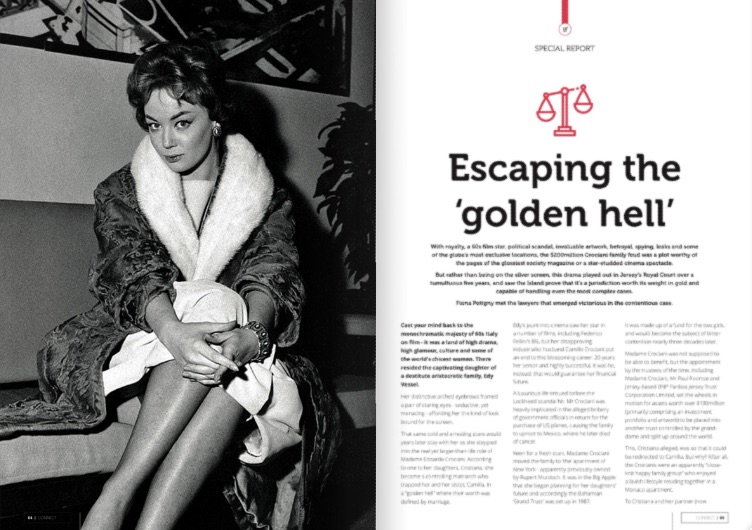 She argued that she “does not have immediate access to two million pounds” and complained that “there was no sufficient scrutiny of her assets and her ability to pay a substantial fine” before it was given to her.

However, in a judgment issued last week, the Court decided that the Princess, who has previously been pictured hanging out with famous faces ranging from ex-President Donald Trump to Lionel Ritchie, had not provided sufficient evidence regarding her alleged inability to pay.

It noted that she had only made “an unparticularised assertion that she does ‘not have huge cash reserves’ without quantifying the cash reserves she does in fact have”, adding that she had also referred to “unspecified ‘financial assistance’ from her husband ‘and others’ without identifying who those others are, or what resources they command, or whether they are willing to fund her liabilities in this litigation.”

Through her Advocate Hiren Mistry, the Princess also referred to the fact she had been subject to a worldwide freezing order, but the Court noted that this still did not help it to understand her financial position.

She also suggested that making payments to the Court at this stage could hinder her ability to fund her appeal – an argument that did not find favour with the Court.

It responded: “The Appellant’s assertion that paying the fine or the interim award of costs would ‘stifle’ her appeal is no better founded in evidence than her assertion that she is unable to pay the fine or the interim costs order. Furthermore, her passing reference to diverting ‘my funds’, and the passing reference in para. 16 of her affidavit to ‘my various companies’ only serve to underline the fact that there are assets owned by her or under her control, which she has not identified or quantified in her evidence.”

In its concluding comments, the Court emphasised that the payment of the fine and costs was not “irreversible” if an appeal were to succeed.

It continued: “…the Appellant’s conduct to date in this litigation gives cause for concern that she would not pay either the fine or the costs if she were not required to do so before the hearing of the appeal:  in particular, she has been found in contempt of court, and she failed to comply with the February 2019 costs orders until she was effectively forced to do so in order to pursue her appeal against that finding of contempt.

“…There is no evidence that the Appellant has any assets in this jurisdiction, nor any need to visit this jurisdiction: accordingly, enforcing compliance against her after the appeal (if it proves to be unsuccessful) could be problematic.

“For this accumulation of reasons, we reject the Appellant’s application for a stay.”