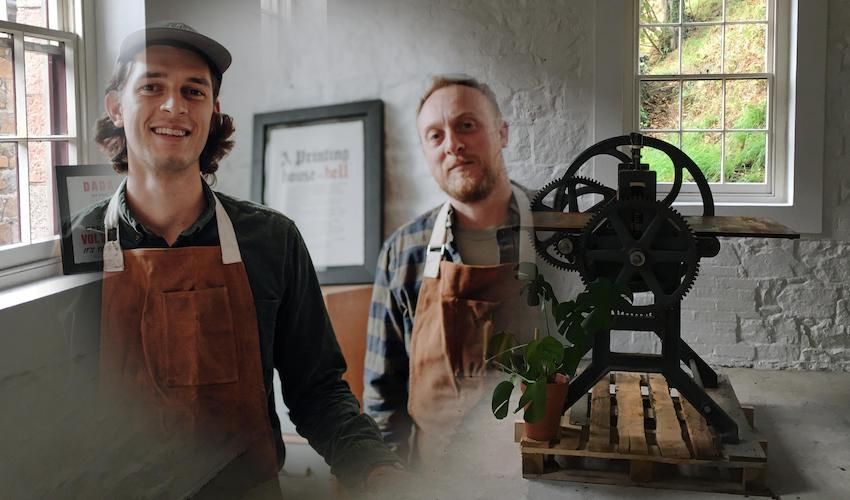 A pair of 'luddites' are aiming to make an impression after setting up an old school printing press at a former military barracks.

Tim Le Breuilly and Tom Parker recently established ‘Luddite Press’ at the Quartermater’s Store at the Grève de Lecq Barracks, which is now the home of ArtHouse Jersey.

Pictured: Luddite Press is based at the Quartermaster's Store at Grève de Lecq Barracks.

It didn’t take long for Tim and Tom to realise they shared a common passion for printmaking.

Coincidentally, both discovered the practice while studying a seemingly unrelated subject at university.

Tim was supposed to focus on architectural conservation, while Tom was studying painting as part of a Fine Art Degree.

“I ended up spending more time in the print room,” he admitted, adding that he soon specialised in printmaking. 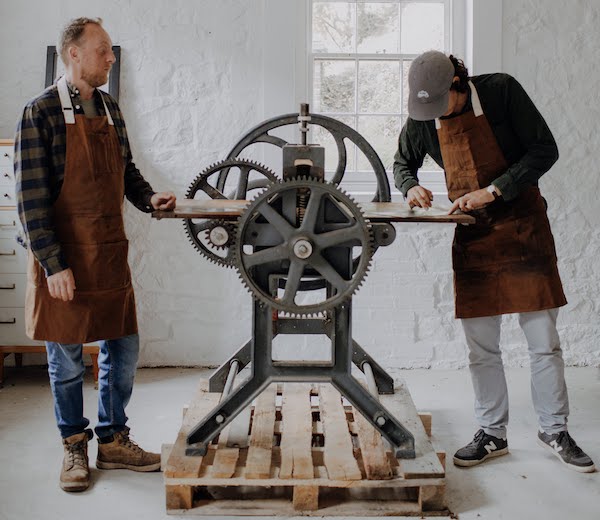 Pictured: Tim and Tom met at an ArtHouse Jersey event.

Both artists were itching to get printing again when they met and borrowed a printing press from fellow artist Nick Romeril. Soon, however, they realised they would need their own.

But, rather than purchase a press and let it sit when they were not using it, Tim and Tom decided to make something of it.

The Luddite Press will therefore be a workshop for the pair, but also for other artists wishing to make their own prints as well as islanders wanting to try their hand at etching.

People will be able to become members and to book slots online to make use of the space. They will also be encouraged to give feedback on what the space should be like.

Pictured: Tim and Tom have both held printing workshops at Make Space at Jersey Museum.

Tim and Tom also hope to link in with ArtHouse Jersey's artist residency programme so that the presence of the press can be “mutually beneficial".

Following the success of their workshops at ‘Make Space’ at Jersey Museum – which will be repeated in the run up to Christmas – the pair will be teaching any aspiring print artists from their new home.

With an in-depth knowledge of the ins and outs of printing, the pair should be well-placed to share the art with others. However, they don't stick to convention.

"The way I approach etching is very different from what a traditional printmaker would do,” Tim explained. 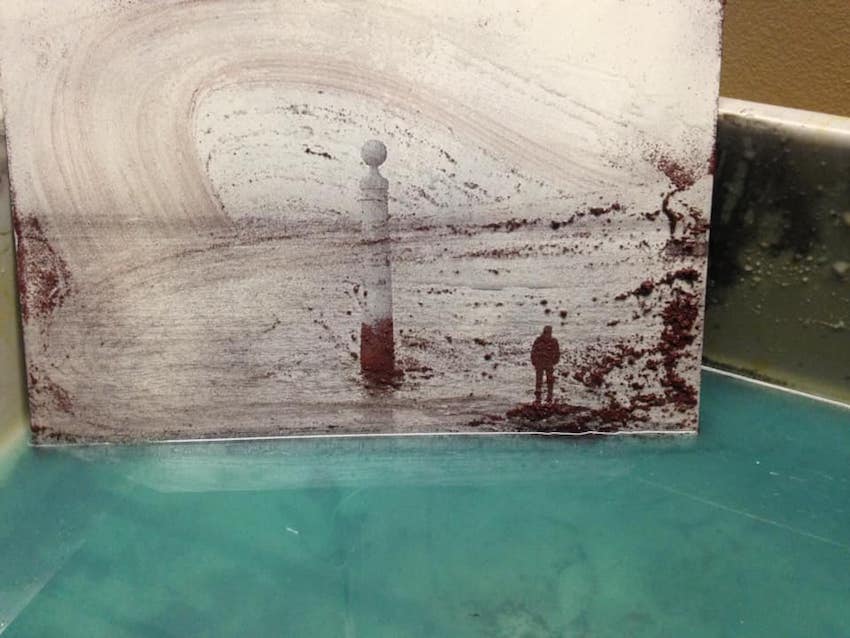 Pictured: Tim is a printmaker and oil painter interested by the nostalgia buildings can evoke.

“If I followed the stages I am supposed to, I would probably end up with what I set out to do but by doing it like this, there’s a magic, something happens that makes it different. It’s almost like setting up to fail, but in a good way.”

“You can’t enjoy print making if you don’t enjoy the process,” Tim adds.

“The work is more about printmaking, it’s quite abstract,” he explained. “There is so much process that outcome. You would not go through all that just for an image. I try to explore as much about the art as I can, the work is not about anything outside of that, there is no figuration.” 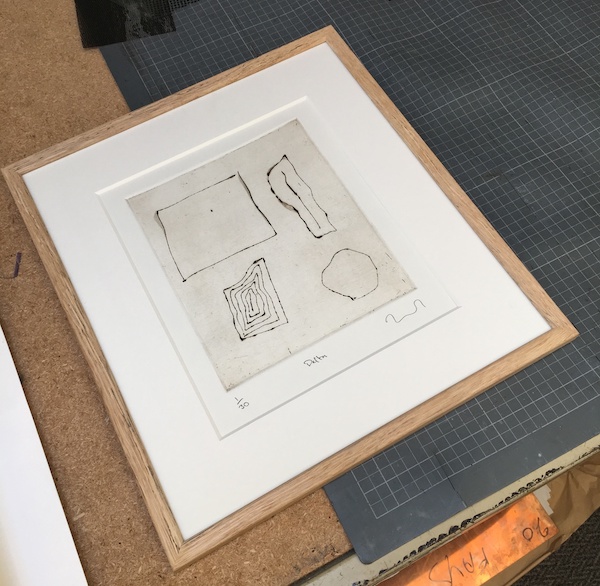 Pictured: Tom's work is about printing itself.

‘Luddite Press’ will be fully up and running in the New Year, when the second press, which is currently in Jersey Museum, will return to its permanent home. But local artists and islanders have already shown interest in using the space.

“We have a handful of people that we are confident will be members or who want to come and use the space. We will have workshops, classes and other events.

“More artists have been into the idea of doing something with us. There’s been really good interest from local artists.”

Mexico and furlough lead to a love affair with lino