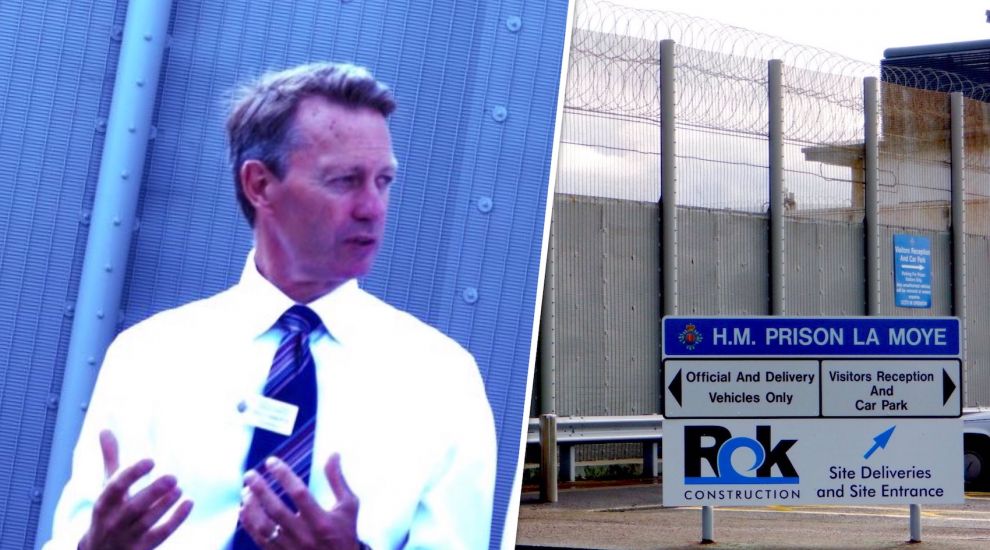 Jersey's Prison Governor has resigned for “personal reasons”, it has been announced. It comes after Express revealed Nick Cameron's discontent over the alleged "lack of support" for La Moye staff and prisoners throughout the pandemic.

Yesterday afternoon, the Government released a statement, saying: “Nick has now taken the personal decision to leave his post and return to the UK by the end of the year.”

In the same statement, Mr Cameron said: “I am proud of the work and achievements of the past two years and very much hope that the changes that I have made continue.

“The decision I have made is a difficult one and not one that is taken lightly, however I feel that this is the right decision for my family and me at this time.  I would like to thank everyone who works with the Prison Service, including our partners in the Police, Customs, the Courts and Probation Service.  Additionally, I wish all the many dedicated staff at La Moye well.

“While I appreciate the concern some people have shown in recent weeks, I would ask that my privacy, and that of my family, is respected. I will not be commenting further on my decision and I ask that everyone respects my decision.”

Just yesterday morning, Express reported on a lengthy email exchange between Mr Cameron and senior civil servants and the Home Affairs Minister, which exposed the governor’s growing unease about the lack of PPE at the prison during the covid pandemic.

In June, it emerged that Mr Cameron was not at work while an HR "process” was continuing - though Ministers declined to give any details when questioned on the matter.

Then earlier this month, Express revealed that a member of the Independent Prison Monitoring Board had resigned in protest over the Government’s treatment of Mr Cameron. Just days later, the board’s annual report was published after a lengthy delay, giving a glowing account of his management of HMP La Moye.

In yesterday's Government statement, Home Affairs Minister Constable Len Norman said: “I would like to thank Nick for his service to the prison and for his commitment to the prisoners at HMP La Moye.

“He has placed the welfare of prisoners at the heart of the operation of the prison, ensuring that individuals can learn, work and rehabilitate more successfully before re-entering our community. He has also championed the well-being of his staff. I wish him and his family well on their return to the UK.”

Prison's 'restricted regime' could go on for "months"