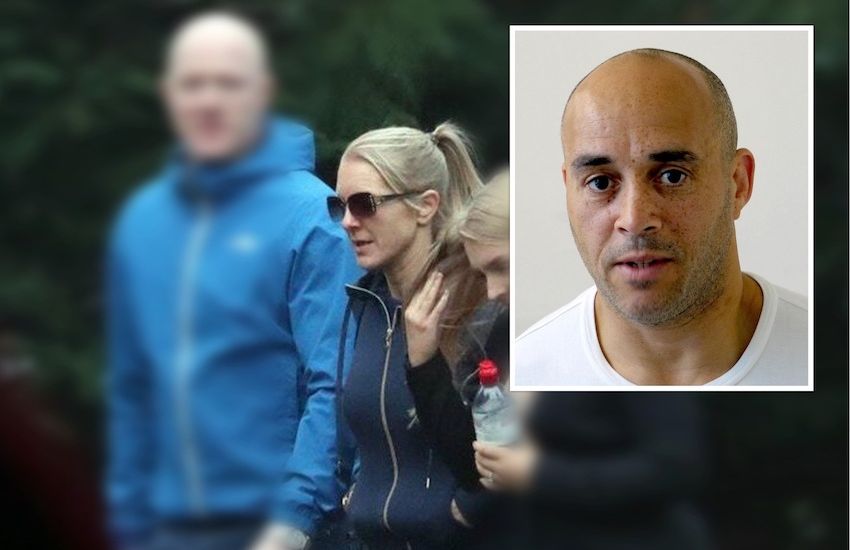 A prison officer, who allegedly cut a hole in her trousers to have sex with a drugs baron jailed over a plot to ship cannabis worth £1m into Jersey, as well as getting his name tattooed on her, has been thrown behind bars for two years.

Stephanie Smithwhite (40) was an officer at the maximum security HMP Frankland near Durham where notorious gangster Curtis Warren, who was once named in the Sunday Times Rich List, was serving time.

At her sentencing hearing last week, Durham Crown Court heard how the pair indulged in oral sex and kissing in secret liaisons in his cell, in the kitchen and a laundry room at the jail which houses some of the country’s most dangerous criminals.

She also sent him a photo of herself wearing a catsuit.

The disgraced officer eventually told investigators how he became obsessed with her, and would buzz from his cell to call for her attention.

Last month, she admitted two counts of misconduct in a public office, with one charge relating to their sexual relationship, said to have lasted between June and December 2018, and the second count regarding her failing to report that she knew he had access to a phone.

Judge Jonathan Carroll described 56-year-old Warren as a “major league offender”, who tried to manipulate her into bringing contraband into the prison after starting their affair, and asked her about prison intelligence and security cameras.

The judge said she was infatuated with him, as demonstrated by her tattoo of the name Curtis next to a rose.

The judge said: “Your conduct represents the very most grave breach of trust placed in you.”

Warren - whose conviction led Jersey’s Royal Court to make a confiscation order of £198m, one of the largest in Europe - was known to have previously continued to run his criminal enterprises from behind bars using mobile phones, but Smithwhite did not report him using a phone to contact her.

He was also known to have started relationships with other prison staff previously, but Smithwhite failed to resist him, despite undergoing training about manipulative and corrupting inmates.

Investigators found they had called each other 213 times in just three months.

Rupert Doswell, prosecuting, said Warren was serving 13 years for conspiracy to import drugs and a further 10-year sentence for failing to pay back £198 million in proceeds of crime.

He had previously committed manslaughter in a jail fight with an inmate in Holland.

Mr Doswell said Warren was “highly dangerous to the public”.

Staff became suspicious of Smithwhite’s relationship with him and a surveillance operation was mounted. 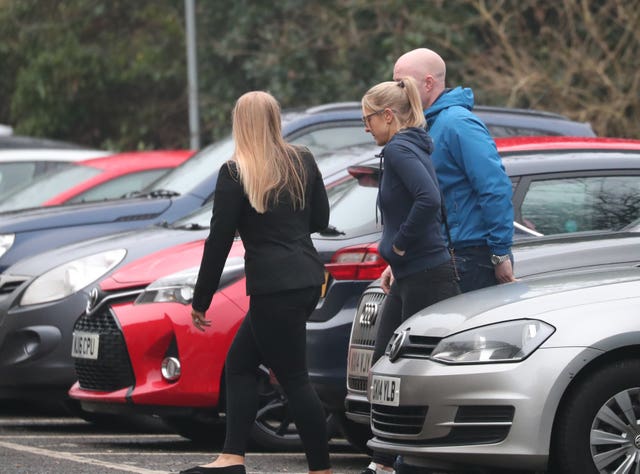 Pictured: Smithwhite has been jailed for two years. (Scott Heppell/PA)

She was seen passing a note to him and receiving one back.

Warren tried to eat her note when officers went to retrieve it from him, the court heard.

At first she denied having a physical relationship with the Liverpudlian.

Police searched her home and found more notes, a copy of his autobiography called 'Cocky, The Rise And Fall Of Curtis Warren', Mr Doswell said.

They searched the business of one of her relatives and discovered 450 letters, many of which contained sexual fantasies.

They found a white Samsung phone in her car which was only used to ring one number – traced to Frankland Prison, and used by Warren.

In interviews with detectives, she was said to be “devastated”, but hoped there was an outside chance their relationship could continue.

Andrew Nixon, for Smithwhite, who is from Boldon Colliery, South Tyneside, said she made a “catastrophic error of judgment”.

He said: “This is a woman who has fallen in love with the wrong person.”

Detective Inspector Lindsay Banks-Brown, from Durham CID, said: “Those who choose to act dishonestly in a position of trust should not be allowed to tarnish the reputation of honest, hardworking staff who carry out their duties within the law.

“We hope this result shows we will take action against those people who believe they are above the law and engage in corrupt activity, and we will bring them to justice.”

The case isn't the first time Warren - formerly one of Interpol's most wanted - has been reported to have had a love affair while locked up.

A former senior manager at Jersey's HMP La Moye, who ran the drugs and alcohol counselling unit, told the Mail on Sunday in 2014 that she enjoyed a romance with the gangster when he was remanded in the Jersey prison in 2007.

Pictured: HMP La Moye in Jersey, where a former manager claimed she had a relationship with Warren.

She said that the pair had "sex in his little cell most days", adding that the relationship only ended when he was transferred to a prison in England.

However, Jersey's former Home Affairs Minister, Senator Ian Le Marquand, said at the time that the claim was extremely unlikely.