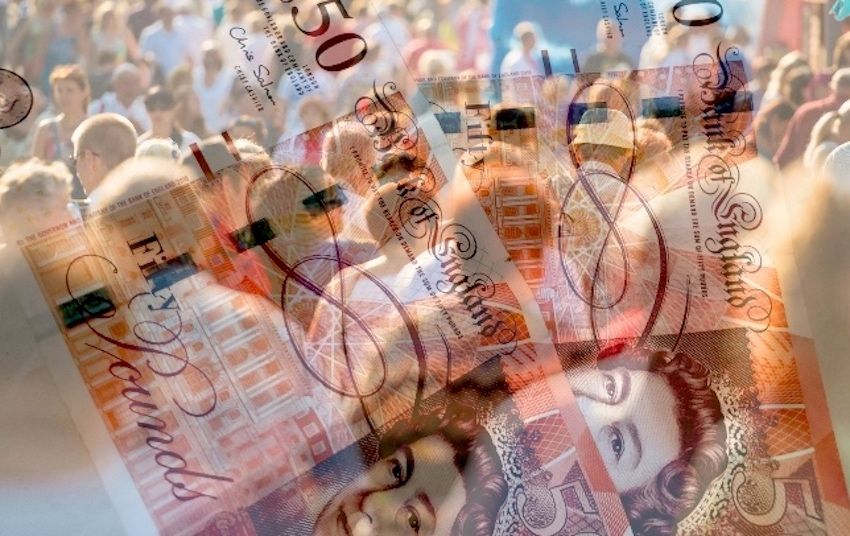 Every man, woman and child in Jersey will be getting £100 to spend in the local economy this September...But how much of a boost will it really give the economy?

Express digs into the details of the scheme in this Q&A...

Every man, woman and child living in Jersey with a registered address – that’s around 108,000 people. The measure will cost around £11m.

When will I get it?

Islanders are due to receive their vouchers in September, and it will be valid for spending over the following two months.

What form will it come in?

Adults will receive it in the form of a pre-paid card, but children may have to be given a paper version for legal reasons – though the Chief Minister says this is being ironed out.

How will it help the economy?

In times of crisis, people tend to spend less, which has a knock-on effect for local businesses and the wider economy.

The idea is that giving everyone a voucher to spend over a short-term period will provide businesses with a shot in the arm to get them going again after the pandemic-induced slowdown.

However, the plan will only work if you use it, in the Chief Minister’s words, to “treat yourself”.

If islanders were to use it to supplement their ‘normal’ spending – like simply using it on their shopping – then no extra money will get pumping around the economy. Businesses will be no better off for it.

“We’re asking you to make a commitment to invest in our island… Use it for meals, for experiences, for clothes, for new products or to treat yourself and your family,” Chief Minister Senator John Le Fondré implored as he announced the move.

“Make the most of the fantastic products and services we have available to us.”

Where can I spend it?

There’s no option to use it online – so that’s Amazon out of the picture, sort of…

Some have suggested that it could be used to supplement their usual spending, with the £100 ‘saving’ then used on online shopping – of course, the government is hoping that won’t be the case to keep pounds flowing around Jersey.

Why doesn’t the government just give the money directly to the hardest-hit businesses?

According to the Chief Minister, it turns out there’s a little bit of psychology involved.

The government is already supporting businesses through the CRESS scheme and a loan guarantee scheme to help them through the covid crisis.

The aim of this move, however, is less about supporting them and more about building consumer confidence – getting people out of their homes and spending locally to help support local jobs and enterprise.

Senator Le Fondré said the government was “firmly of the view that we should put spending power in the hands of the public, providing them with the means to invest in the businesses that they know best - because it’s you, not government, that knows how to spend your money.”

So I can spend this money anywhere?

It can’t be spent at the bookmakers, but, aside from that, there are no restrictions. Go wild!

Hold on… Is that a good idea? What about people spending it on alcohol or cigarettes?

Challenged on whether public health issues could arise – such as a person with alcohol issues choosing to use the money to fuel their habit - the Chief Minister acknowledged that there could be a problem.

However, he rationalised that imposing restrictions on the scheme would make it more difficult to roll-out, meaning that a window of opportunity to give the economy a boost when it most needs it could be missed.

“The difficulty you’ve got is that if you try and solve every problem for this you tie yourself in knots, it gets delayed and actually trying to get the money out to the economy – it’s delayed so long it doesn’t have the impact you’re looking for. There’s always a risk on these fronts,” Senator Le Fondré said.

He later added: “The principle here…at the end of the day, how do you control it? What you’re then saying is you can’t spend it at any place that sells alcohol, which then gets more complicated.”

Won’t £11m be quite thinly spread if it isn’t targeted at certain sectors? Will it really boost the economy?

It’s hard to say before the money gets spent, but it’s perfectly possible it could be spread too thinly to have a tangible impact.

However, the government hasn’t ruled out issuing another voucher at a later stage.

Once the scheme has been rolled out, officials will then be analysing the spending data.

“If it’s done through a pre-paid electronic debit card, the operators of that can tell us the amounts and the stores they’re spent at,” the Chief Minister explained.

From there, they could then develop a more targeted scheme depending on where the need is.

What data is the government basing this scheme on?

When asked by Express, Senator Le Fondré didn’t quote any particular economic impact assessment, but said that it was “very much up there as one of the better ways of doing things” that had been considered.

The principle of the scheme mostly matches the suggestion of the Fiscal Policy Panel – a group of economic advisors to government – who said that any intervention should be “targeted, timely and temporary”. Temporary, it is. Targeted, it is not. Timely? Somewhat.

The Chief Minister added that the overall £150m package the measure was part of was based on guidance from the government’s Chief Economic Advisor.

Who came up with the idea?

Despite the timing, the Chief Minister denied that it was inspired by UK Chancellor Rishi Sunak’s ‘Eat Out to Help Out’ scheme, saying that it had been in the works for “four, five, six weeks, something along those lines”.

Despite being the one to front the headline-grabbing announcement, he said the idea wasn’t his 'baby', but rather one developed by the entire Council of Ministers.

“I was certainly involved in some of the discussions. I’ve certainly had a reasonable amount of influence in it, but, not being funny, it’s as a team that’s why we’re all up here,” he said, gesturing to his Ministerial colleagues as he announced the move at Friday’s press conference.

Why not give the money to islanders on lower incomes?

If that £11m was spread out among the roughly 13,000 islanders on income support, that would equate to a payments of nearly £850 each.

But this didn’t appear to be a matter of frustration to the Social Security Minister, Deputy Judy Martin, who emphasised that islanders on lower incomes will be given a separate £100 in addition to the voucher.

The Chief Minister then added: “This isn’t about welfare or income support, this is about economic stimulus.”

He gave similar reasons when asked if it would have been a more supportive measure to cut GST on food items.

Posted by Michael Tostevin on Jul 13th, 2020
In addition to this £100 to every Jersey resident scheme is good and I can understand that to "means test" everyone would be difficult and itself a costly exercise, I would have liked to see the Government help the local economy and especially the hospitality and associated sectors by subsidisng the fares of tourists (for a limited time), arriving either by air or sea to give a boost to the local economy and sow the seeds of growth, both now and in the future.
Posted by Jon Jon on Jul 13th, 2020
I don't really think its going to help that much, really its only £95 as 5% is gst.Their idea is here's a hundred go and spend two hundred,I think most will use it on food, weekly shop, which we are doing already, just means you save 95 quid, and will add there's no such thing as free money,obvious taxes will be heading up and probably in election year, thats going to be interesting!
Presume states members are taking this money?
Posted by Keith Marsh on Jul 14th, 2020
It is a clever little low cost system to (1) Give everyone a little treat and (2) Give the economy a boost at the same time. One of the better ideas, that can easily be done again, just by uploading cards with further funds at a later date. Well Done S.o.J.
Posted by Tim Le Lere on Jul 24th, 2020
Not to sound too naive but I would have hoped that the restriction would have been to spend on locally-owned businesses, where any profits may have a better chance of being reinvested in the island, but over the years, international companies, like “High Street” shops have arrived, offering cheaper products or services that local businesses can’t match.

In my younger days I always used to love travelling around little villages in France, where each community would have a small selection of shops, such as a butcher, grocer, clothing shop, baker, chemist. From these, the majority of the local’s money would be spent amongst these shops, keeping it in the community. Gradually, Hypermarkets were built and positioned nearby, with bargain offers and long opening hours, which suffocated these local shops and drained any money (profit) away from these shops, which would sadly decline and eventually close.
Nowadays if I travel around these villages I would see the same collection of houses a few closed shops, and directional signs to the nearest “Hypermarché”
Unfortunately I feel that Jersey has fallen in the same way.

But enough of my moaning and reminiscing, just saying I’m not gonna spend my 100 quid at B&Q, Waitrose or Next.
To place a comment please login Login »