Reality star touches down in Jersey for style masterclass 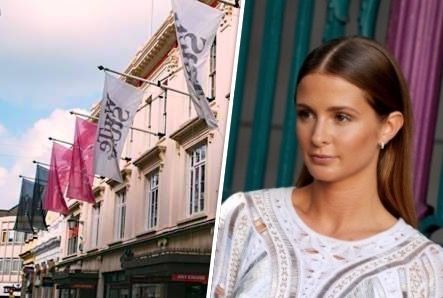 Reality star touches down in Jersey for style masterclass

A Sloane Ranger who made her fame on the streets of Chelsea is jetting into Jersey this week for a fashion masterclass.

Millie Mackintosh, star of Channel 4’s Made in Chelsea (MIC) reality show, will appear in Voisins on Wednesday to celebrate the launch of her clothing line in the high street store.

28-year-old Miss Mackintosh is the heiress to the Quality Street empire founded by her great-grandfather and his brother, but entered the spotlight as a regular character in MIC, a show charting the life of the young and affluent.

Pictured: Millie Mackintosh models the ‘Farley’ blouse from her collection.

Since leaving the show in 2013, she has gained notoriety as a social media style icon, and recently launched her own womenswear collection.

Throughout the bubbly-fuelled Voisins event, Mackintosh will discuss her collection, as well as her own beauty, fitness and trend inspirations in a Q&A session.

It’s not the first time Miss Mackintosh has visited the island. She visited in April with new fiancé and fellow MIC star Hugo Taylor. The pair spent a bank holiday weekend at Longueville Manor, and enjoyed a walk along the island’s south coast.

Made in Chelsea star buys £7m home in Jersey