OPINION: Reds in the red - but is there any way back to black? 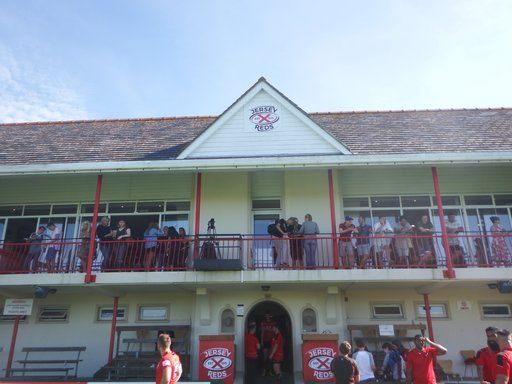 OPINION: Reds in the red - but is there any way back to black?

Jersey Reds yesterday announced they are deep financial distress, having been forced to sell their own ground, car park and club house in order to find £1.5million to enable them to finish the season in the second tier of English rugby.

Sports Minister Steve Pallett says the States should be supportive of the rugby club as they are Jersey's premier sporting organisation, but with league crowds now hovering around the 1,700-mark, the financial problems could continue at St Peter beyond this latest emergency.

At the heart of the problem will be the obvious, wages. There is often more money going out on paying sportsmen the going rate, then there is coming in.

With many team sports organisations it is often at the centre of financial difficulties. County cricket has just seen Durham relegated to Division Two for failing to keep the books balanced and football is littered with clubs who went into meltdown - from Aldershot to Accrington Stanley - and always at the heart of the problem is wages.

Jersey Reds have over 30 professionals, plus at least half a dozen full time coaches and physios. Then there is the backroom and administrative staff and in the absence of any form of lucrative TV deal they are increasingly reliant on sponsors to pay the bills.

At the trial of former player Fautua Otto in September for driving offences, it was revealed in court that the Samoan star was paid around £35,000 a year. Taking that as a benchmark, it is clear that with 30 pros you are talking of a wage bill for the players alone of around £1m a year, possibly more.

In a sense, Jersey are suffering due to their own success in reaching the second highest tier in English rugby because participation in the Greene King IPA Championship requires very good pitches which are well lit and with decent spectator comforts. All of these factors cost money and on gates of less than 2,000, the figures evidently don't add up.

Constable Pallett said: "This is a club business matter and I am delighted they have addressed the financial difficulties they have encountered. This is Jersey's premier sports club and it is very important for the reputation of the Island that they are successful. It is our main high profile sports club and it is important that they keep playing at that level of rugby.

"I think the rugby club know the channels are always open to them as far as their relationship with the States is concerned. Anything the Government can do to help, we will do. It looks like their financial problems are being resolved and I hope this is the starting of a corner turned for the rugby club."

President of Jersey Football Association Phil Austin says he is "not surprised" by the turn of events at St Peter.

He said: "I wish the rugby club every success, but it is true that across all sports in Jersey, finances are very tight. Rugby clubs in general in the Championship are having to deal with small revenue streams from things such as television, whereas in the Premiership the money goes up enormously. It is a bit like the difference between the Premier League and the next league down in football. One is a land of riches and the other is not.

"Football in Jersey has an amateur set-up. We receive funding from the FA and the only other way clubs can gain revenue is by players' registration fees, so we have nothing like the experiences that the rugby club has with paying professional athletes. But we also have to watch where every penny goes."

Jersey Reds have been suffering financial difficulties for several seasons so it is to be hoped new chairman Mark Morgan can guide the club to a debt-free future. Yesterday's announcement certainly showed they are willing to address their problems, but now comes the hard part, keeping the accountants happy.

Posted by MarkSleep56 on Nov 10th, 2016
Why not just make the tickets ridiculously expensive? Oh, hang on...
To place a comment please login Login »

Swimmers with average age of 58 cross Channel in 14.5 hours