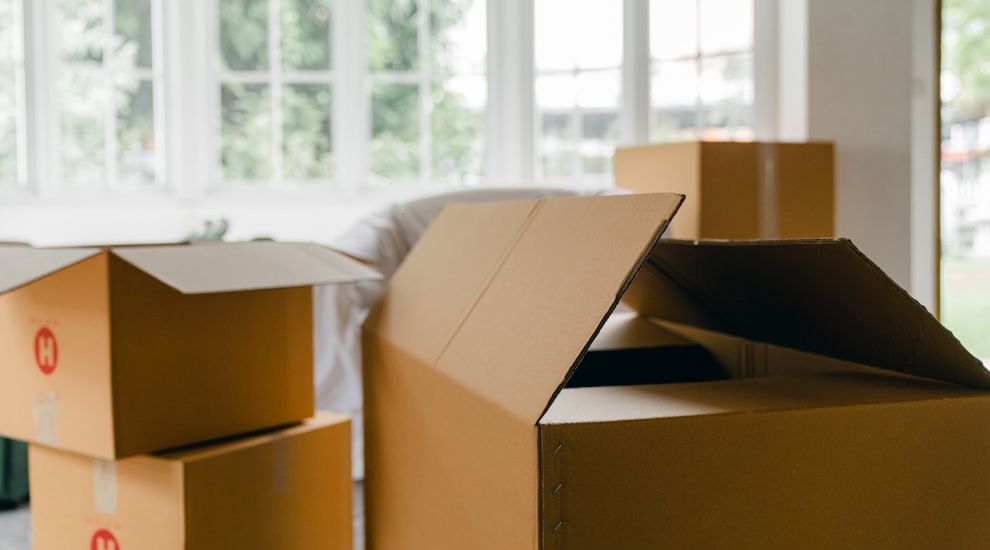 Local removals businesses been overwhelmed by the number of islanders leaving Jersey as house prices and cost of living issues bite harder and harder, according to one company Director.

While he noticed a lot of people were moving to the island pre-pandemic, he now says that the traffic has reversed, with more people leaving than coming in.

Good Moves deals with a number of individuals relocating to the UK for various reasons, and across the spectrum of wealth.

However, Mr Phillips says that he has recently noticed that the vast majority of relocations are “middle class families who cannot afford properties in Jersey which suit their requirements”.

He said: “For these sorts of people, it just makes more financial sense to relocate to the UK where they can get more for their money”.

From conversations with clients, Mr Phillips explained that it is undoubtably the rising house prices and cost of living which is driving people away from the island. 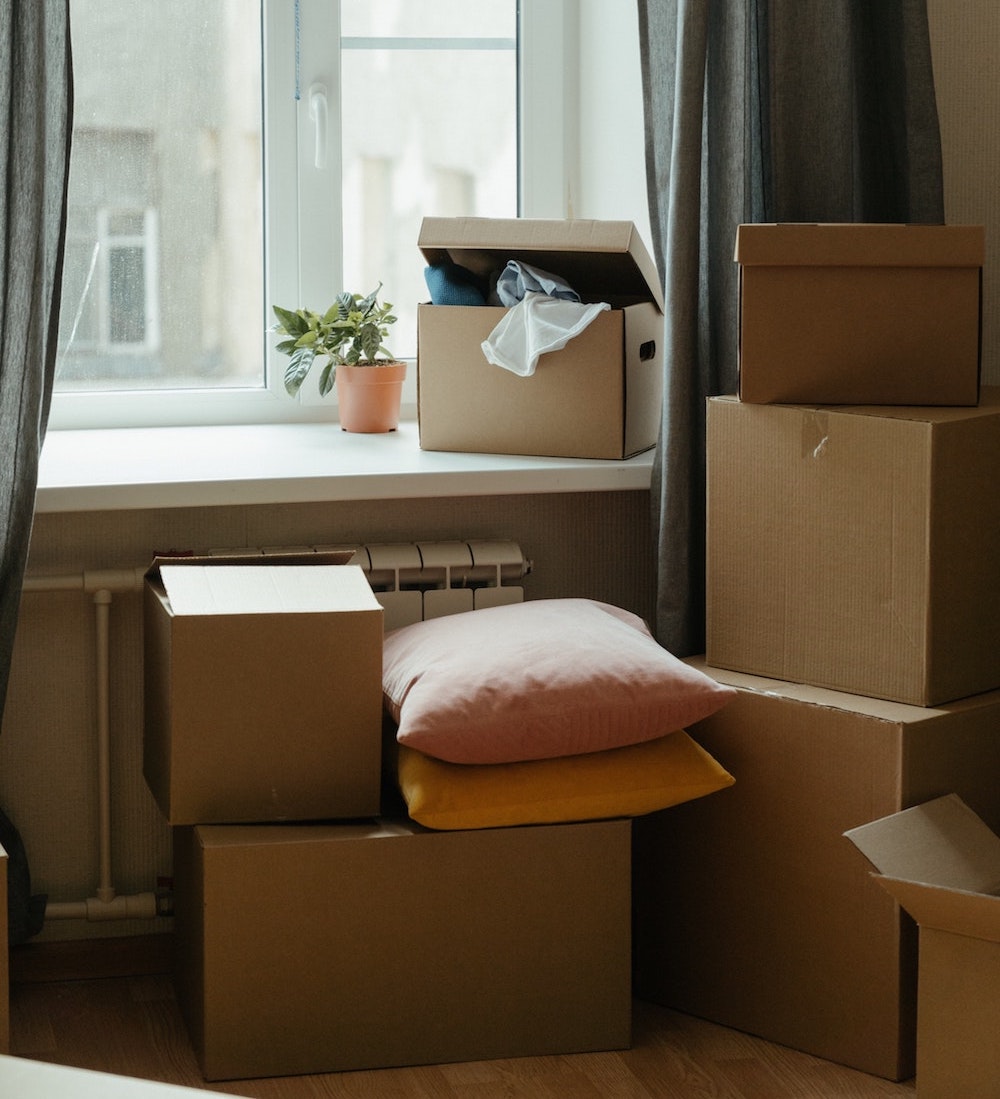 Pictured: "It just makes more financial sense to relocate to the UK where people can get more for their money”.

“In the UK, there is much more to do, and everything is just much better value for money.

“While it can be emotionally difficult to leave, people are starting to think with their heads rather than their hearts”.

"I've been in the same boat"

Speaking from personal experience, he added: “Even as a Jersey boy, I’ve been in the same boat in thinking of leaving.

"My business keeps me here, but it’s incredibly hard not being able to get on the property ladder as a family of five.

“We are lucky to have other family members here to help us, but it just feels like every time we get close to being able to afford somewhere, the house prices increase again.”

Although the majority of people leaving Jersey appear to be those at the middle of the spectrum of wealth, Mr Phillips said he has also noted an increase in high-net-worth individuals leaving the island.

He says that this seems to be due to these individuals feeling as though they have limited options due to the rules and restrictions imposed on them.

Mr Philips asks: “Why are we driving them away when they are investing in the local economy? But even they see no financial incentive to stay in Jersey.”

On the other end of the spectrum, Mr Phillips explained that he knows of many low-income islanders who want to leave Jersey but can’t afford to due to high shipping costs and rising fuel prices.

He added that it is also difficult to leave without the capital to buy a house in the UK due to the nature of the rental market there.

“People are stuck, they’re literally trapped here,” he said. “So many people would love to leave but simply can’t even consider it because of the prices.” 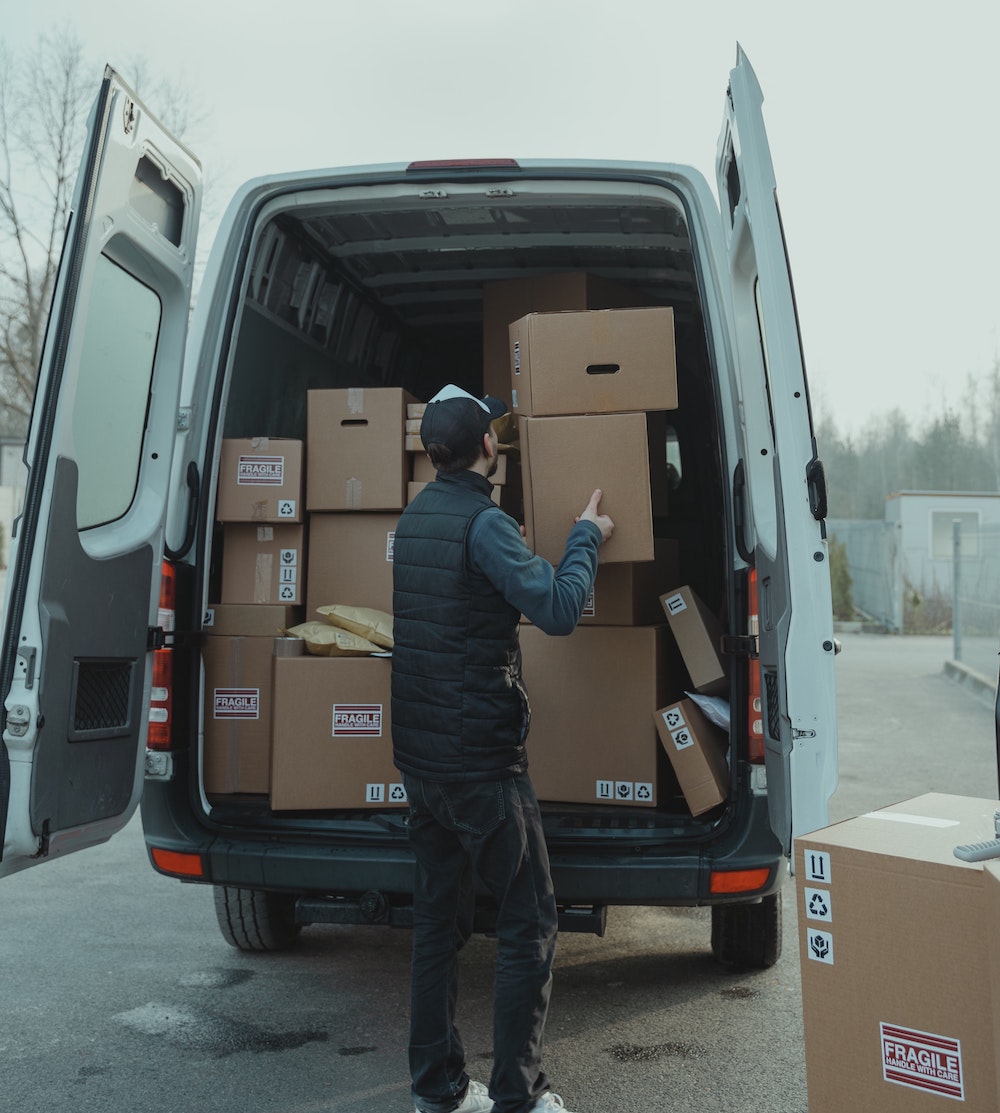 Good Moves has had to increase its prices twice since the pandemic.

Mr Phillips said this is something that he says they are “reluctant to do”, but that “it is simply impossible to carry on with the same prices when everything is getting more and more expensive".

The rising price of cardboard

He explained: “For example, the price of carboard boxes has been increasing 15% a month every month for almost a year, and pallets are getting increasingly more expensive now too.

“We always try and look at cheaper options for our clients, but it just seems impossible to find any nowadays.”

Although Mr Phillips’ company only deals with UK relocations, he has also heard about many people leaving Jersey to live further afield, such as to Portugal or Poland.

"Our island is broken"

He said: "It is a shame that we are driving people away from Jersey, but it is completely understandable when you look at the cost of living here compared to elsewhere."

Looking towards the upcoming local election, he added: "Our island is broken, but we can't fix it without the right people in charge to help and advise."

FOCUS: From subsidies to 'pocket' homes...How do we solve the housing crisis?

Posted by James Neal on May 31st, 2022
Very true, its only what every is thinking. We left September last year. I know many others who have left, but also many who cant afford to leave. Hotel California!

The island has changed so much, such a shame when you think that we are all screaming from the hill tops with commonsense but the government has its head in the sand.

It was even worse during COVID, the island turned into some sort of communist state. Disgusting how they treat us, they forget who they work for.
Posted by Jon Jon on May 31st, 2022
This Island is broken and unless we get the right government in place will simply spiral downwards further.My kids left the Island a few years back,they had good jobs in finance, one now bought his first home in uk, would he come back ...not for a very long time he says.He told me even in finance the greed in this Island is unbelievable.
I feel sooner or later a bang will happen over here and house prices will come crashing down!
Posted by MichaelEvans46 on May 31st, 2022
Agree with Jon Jon about property prices, figures made up by estate agents with no qaulifications and wanting to make a quick killing, there has to be a crash soon as a lot of people can’t afford to buy and rents are way out of hand, lots of people are going to be looking at negative equity and whoever is in government will be clueless to sort it out
Posted by Paul Troalic on Jun 1st, 2022
What I do not understand is how people without ties to to Jersey or qualifications can still buy a house here.
Does it depend on the level of seniority in a company?
I am mystified how people seem to be able to circumvent the system and walk on and buy!
In my opinion rules are rules and there should be no way that anyone should be able to property neither should they be able to buy and NOT live in it.
Population control is the first thing we should be asking potential states members about.
Posted by Teresa Guy on Jun 1st, 2022
Totally agree with all. In answer to you Paul, anyone who is brought into the island to work with a licence (so anyone working in finance) is classified as Licensed (also called essential employee). They can buy, sell or lease any property apart from assisted purchase or social rented housing. Allowing so many “Licensed” people into the island is why we are in such a mess today. Also by allowing 1.1ks the right to buy any property of any value and offshore investors has compounded the issue. How did our government not foresee the crisis? Doesn’t take many brain cells to realize this was on the cards! At least they’ll be an election soon and the new government can just blame it on the old and we can just carry on as before as nobody will have the you know what to change anything. I certainly wont be voting this year !
Posted by Barney Rubble on Jun 1st, 2022
Absolutely agree with you Teresa. Far too many ‘Licensed’. Also agree with you Paul, I do believe there will be a crash in house prices. Roll on the elections, let’s hope a new set of politicians may help….but I’m not holding my breath.
Posted by Scott Mills on Jun 5th, 2022
They'll be asking people not to leave in about 5 years. Because not only are people from most socio-economic backgrounds checking out from Jersey. It's not the population control we needed 2 decades ago, It'll be the control of keeping not only people and families from leaving, but when they leave so do their skills and knowledge. I for one are not prepared to stick around for many years to find out the ending of this film, nor pay through the nose for what is a very restrictive island as what you can do, and the fun you can have (or can't unless you ask another adult who happens to be a centenier if you can do so). Lovely beaches (yeah back in the 70's, 80's and 90's). Oh and for those who are sticking aound for their hearts, good luck with the new hospital. That's if there'll be any staff to work there, by time it's built.
Posted by Liza Duke on Jun 9th, 2022
After 40 years of serving this Island, working full time and bringing up 2 children, due to the high cost of living, greedy landlords, I can no longer live here and have to leave my son and daughter in-law, my daughter already having left the Island once she finished University in England. My daughter married and they bought a 3 bedroom house, garden front and back plus garage in a lovely close in a beautiful part of England for ...wait for it £150,000 why on earth would she want to live here. Such a pity, the Island used to be a wonderful happy place to live, relatively cheep, but now its blown out of all proportion.
To place a comment please login Login »