Finding a new CEO and Interim Chief to lead Jersey’s civil service in the wake of Charlie Parker’s departure has cost the island more than £160,000, it has emerged.

After news of his second job as Non-Executive Director at UK real estate firm New River emerged, Mr Parker agreed to step down in November, taking with him an exit payment of £500,000.

But figures obtained by Express show that the impact of the scandal has left a further dent of £161,970 in public finances.

Pictured: Mr Parker's first successor was interim CEO Paul Martin, who was appointed after a process that cost £95,000.

But despite involving just two online interviews, and no assessment by Dr Stamp, it cost nearly £30,000 more to hire former Richmond CEO Paul Martin as Interim.

£95,000 was paid to UK-based specialist recruiters Odgers Berndston and the Government was unable to provide a breakdown of how this was spent when asked by Express. 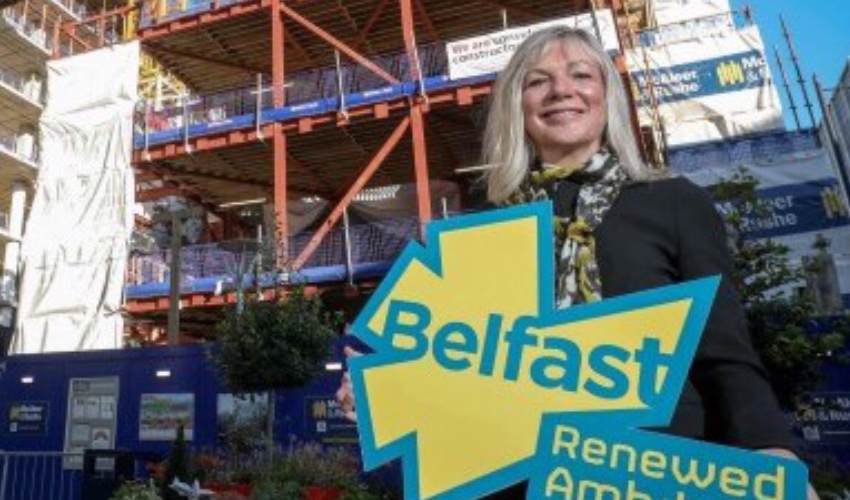 As neither candidate travelled to Jersey as part of the interview process, nor did an in-person assessment with Dr Stamp take place in either case, no travel and accommodation expenses were incurred.

Despite this, the total cost of each of the recruitment processes outstripped the amount spent on the 2017 hiring round that resulted in the appointment of Charlie Parker: £50,458.

That sum included £4,483 in travel and accommodation expenses for three shortlisted candidates to attend assessment interviews in London with Dr Stamp and final interviews in Jersey, as well as Dr Stamp’s own fees and expenses.

Overall, Ms Wylie faced four online interviews: an initial “suitability and candidate review interview” with Odgers Berndston, an assessment with Dr Stamp, a “final” interview with the appointment panel, and a meeting with the Chief Minister and Deputy of the Jersey Appointments Commission.

She was also invited to further “engagement meetings” with members of the States Employment Board, Council of Ministers, and States Assembly.

Mr Martin faced just two online interviews before getting the job: an initial suitability assessment with the recruiter and a final interview with the appointment panel.

The Government told Express that its decision to hold Ms Wylie and Mr Martin’s recruitment processes virtually was “due to covid”, with “travel restrictions” also a factor in Mr Martin’s case.

INSIGHT: So, you want to recruit a new Gov CEO...

Posted by Martin on Nov 10th, 2021
Many people say - Look on the bright side of bad things!

It seems the world has business colleges all over!

So WHY NOT compile a chronology of bad - insane incompetent & or immoral decisions made by our Government & SELL these to the business colleges & they can teach this as:-

The intro above states it has cost "The Island" £95 K well that is the best part of a £ from everyone and NO ONE WANTS to pay it!!!!

I must dash to the dictionary to find some apt words as the ones racing around my head are surely UNFIT for publication!
Posted by Philip Hudson on Nov 10th, 2021
It appears
The jersey government is not fit for purpose.
Posted by Keith Marsh on Nov 10th, 2021
Nothing surprises me about this Government ~ they just love spending OUR money, it seems without any thought of getting value for money.
It is time for a MASSIVE CHAGE in Government outlook.
Posted by Jon Jon on Nov 10th, 2021
Is there any money left in the coffers,this government just chucks it around.No wonder we are going down the road of borrowing hundreds of millions of pounds,throwing this Island and all islanders into debt!
Posted by L Brindle on Nov 11th, 2021
Always worth remembering that it's debt brought about by decisions made by the elected representatives, not by the working person just trying to get by. Who pays..... Mr and Mrs middle Jersey, as usual. Accountability? They'd choke on the chocolate digestives (taxpayer funded of course).
Posted by PatrickGormley9 on Nov 11th, 2021
Oh God , please come and help us ....!
Posted by Private Individual on Nov 11th, 2021
Get ready everyone!

Here come the tax increases, this is just the prewarning of the PR unit, standard practice.

Which bit of WE HAVE NO MONEY LEFT IN OUR POCKETS do these imbeciles not get?
To place a comment please login Login »