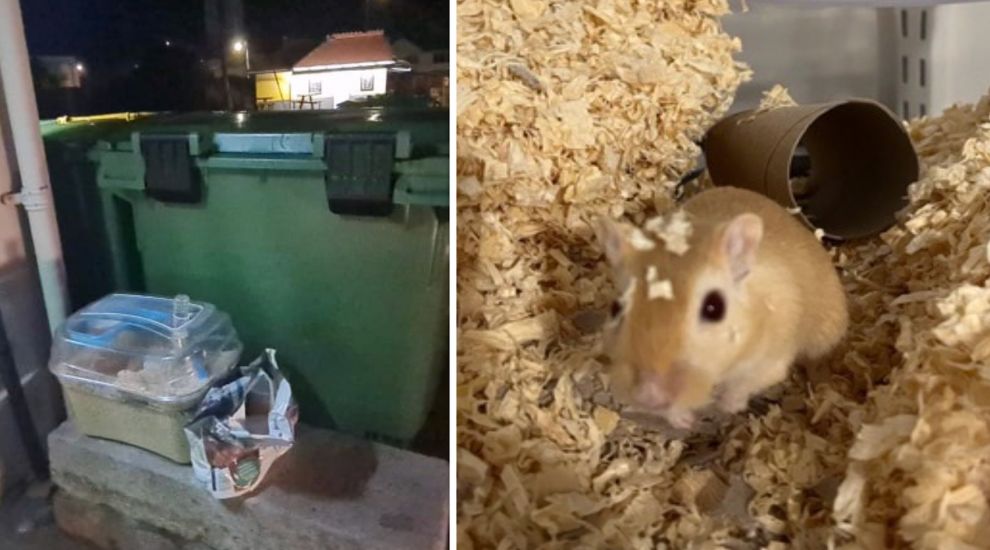 A young gerbil found abandoned in the cold at Bel Royal earlier this week is doing well and seems “absolutely fine”, the team at the animal shelter has said.

The small rodent, which has yet to be named, was found around 01:00 on Tuesday 28 December behind bins at the Kiosk.

Cristina Simona was walking with her boyfriend in the area when they noticed the cage. At first the pair thought the cage was empty but as they got closer, they realised a gerbil was inside, looking “really scared”. 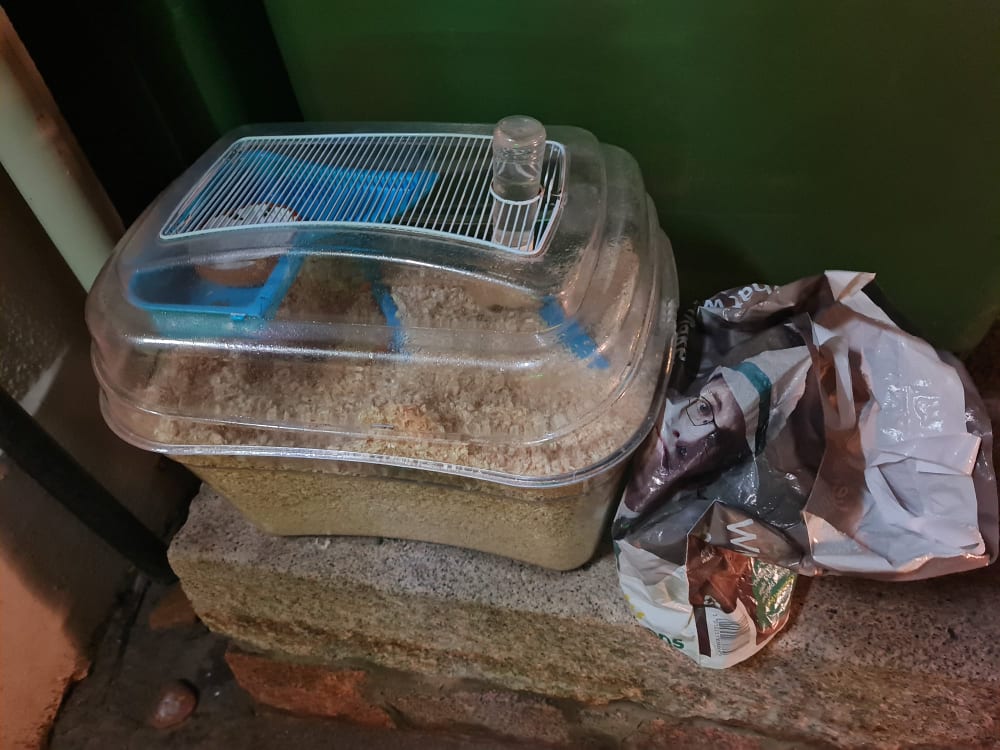 Pictured: The gerbil was left in a cage along with a bag of food behind bins at Bel Royal.

She explained she initially thought there were two in the cage but realised once she got home that the gerbil was on her own.

“Taking in consideration that it was really windy and cold, we felt really sorry for the poor animal the way she was left outside in the cold,” Cristina said.

“We took her home to take care of her until next morning when we dropped her at JSPCA because we are not allowed to have pets where we live.”

A bag of food was left with the cage, so Cristina and her boyfriend were able to feed the small animal and also gave her water. 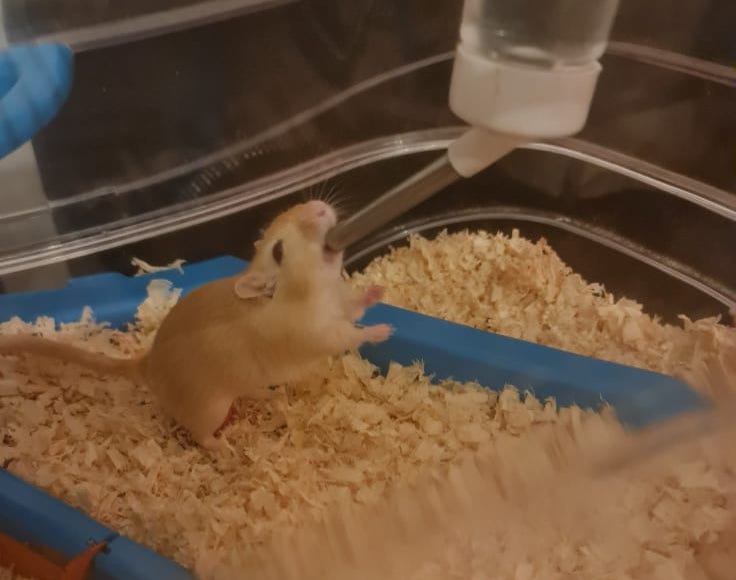 Pictured: Cristina and her boyfriend looked after the animal before bringing her to the JSPCA.

Later on on Tuesday, the gerbil was brought to the animal shelter where the team says she is doing well.

Whilst the team does not know how old the small pet is, it is believed it is under a year old as she is smaller than the other resident gerbils at the shelter.

“She will have a full health check by our vets and once she’s ready we will start looking for a home for her.”

Yesterday, the JSPCA issued an appeal to the owner, who has yet to be identified, asking for information about the animal.

“Please could the owner come forward to us to give more details about the creature,” they wrote. “Or if you know the owner, please encourage them to contact us.”

Several islanders expressed their disgust at the gerbil’s abandonment after Cristina asked for advice following the rescue. 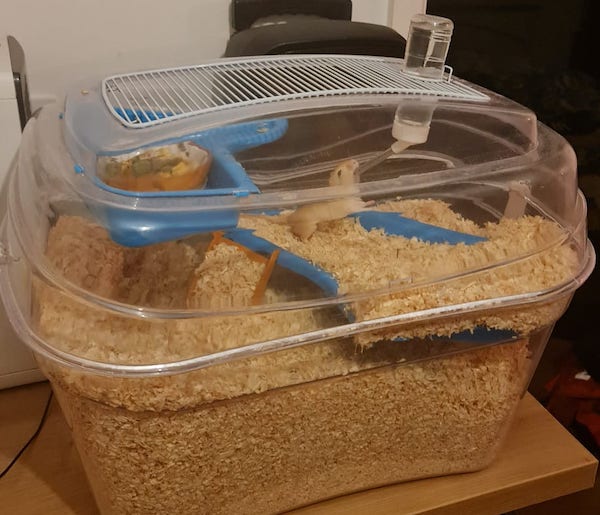 Pictured: The gerbil is believed to be under a year old.

Some branded the owner’s actions as “evil” and suggested they should never be allowed to have any other pets again.

Ms Delahunty however reminded this type of incident was very rare.

“We are very lucky that we don’t often have animals abandoned in this way, and we don’t see a particular increase around Christmas,” she said. “This is a very unique situation!”

The incident was reported to the police and is currently under investigation as it is an offence to neglect or abandon an animal.

Posted by Martin on Dec 31st, 2021
I would suggest researching suppliers of gerbils locally & the cage was likely purchased at the SAME time from the same place & CCTV is likely still current & shame whoever dumped what was likely an unwanted present?

Possibly an offence under cruelty?

Why not advertise it free ( No NOT "FOR" free as many wrongly say) on Jersey Insight?
To place a comment please login Login »