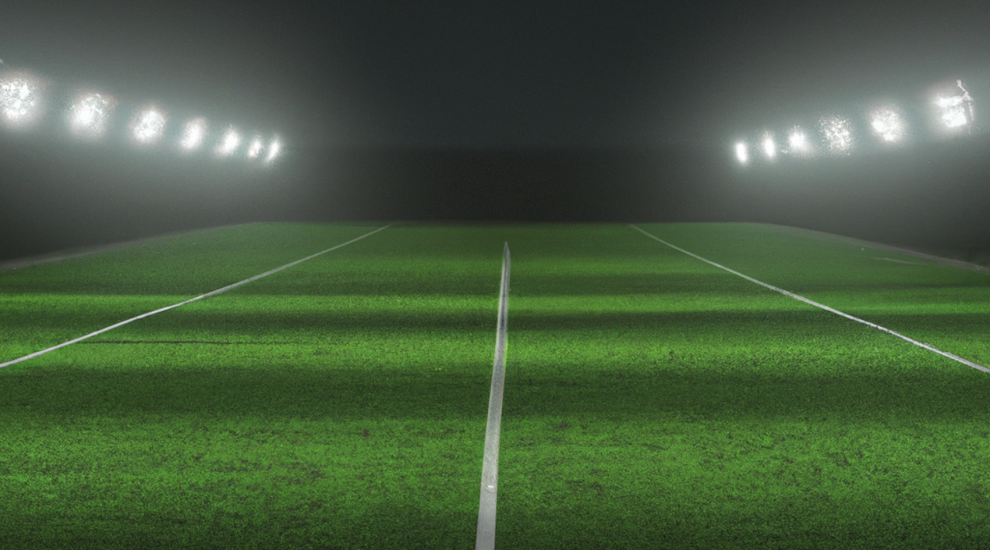 The Environment Minister has ordered that a plan to stop disturbance from a primary school’s new sports pitch and floodlights be drawn up within three months after complaints from residents living nearby.

Planning permission for an artificial pitch at Plat Douet Primary School was approved at the end of 2020, however the original plans did not include any reference to the installation of floodlights around the pitch.

At the beginning of 2022, a retrospective planning application was made by Jersey Property Holdings in reference to the floodlights after six of them had already been installed around the pitch.

Residents strongly objected to this planning application with 18 public comments lodged online, including one which describes the floodlights as “very intrusive”.

Another nearby resident said the floodlights would have a "hugely detrimental" impact on his quality of life. He also questioned the legality of the process as Jersey Property Holdings did not originally have planning permission to install them.

The resident said he first became aware of the works after contacting the contractor about late night noise from the construction of the 3G pitch in July 2021, where he was informed that they were also installing floodlights - something which had not been included in the original planning application. 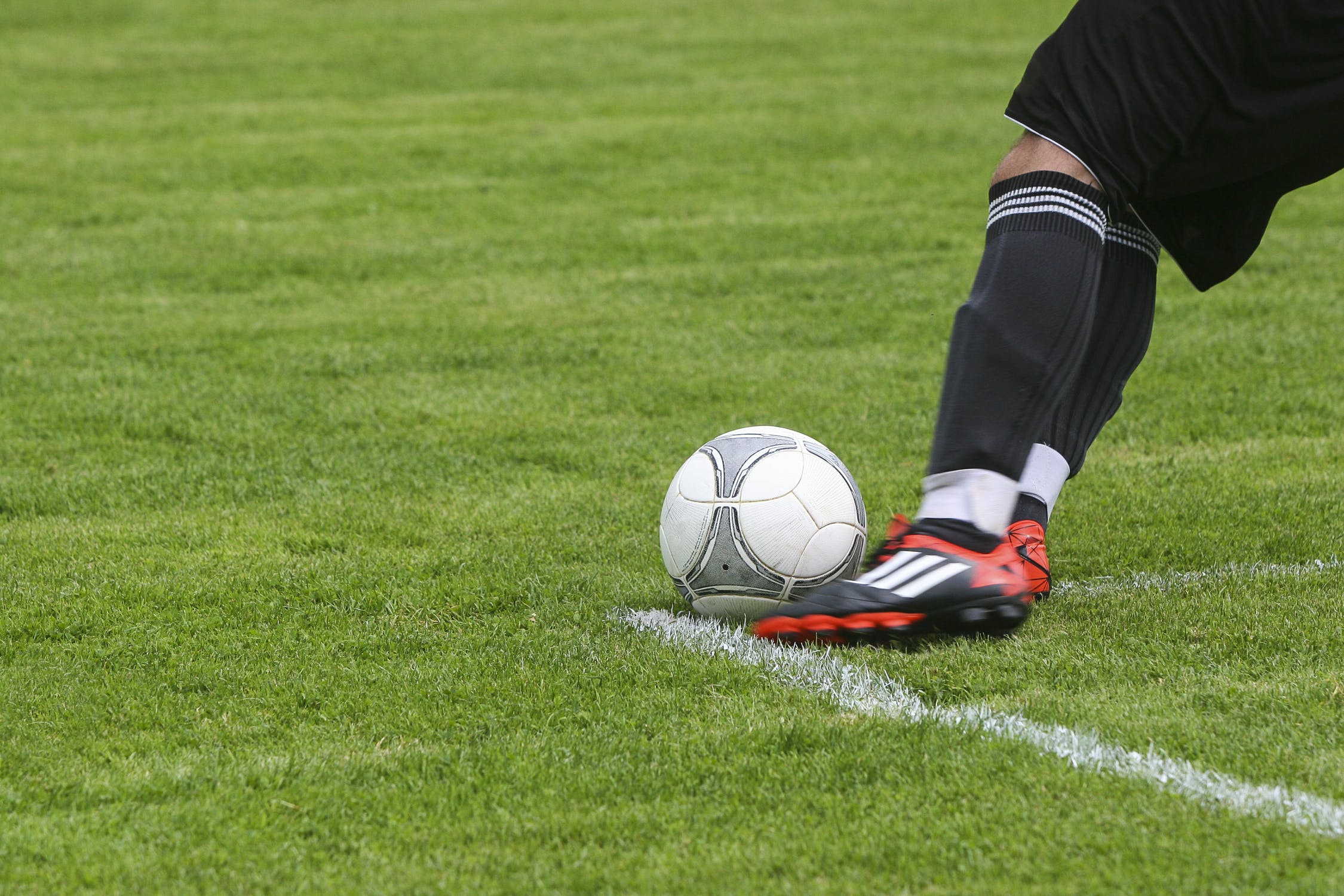 Pictured: Residents are concerned they were not properly consulted that the pitch would be for community usage as well as school usage.

He said he tried to contact Jersey Property Holdings and the school's headteacher to find out why this was omitted, as he would have objected had he known, but received no response.

CYPES and Jersey Property Holdings officials both admitted that a floodlights application hadn't been submitted in emails to the neighbouring resident.

Despite the host of the objections, the retrospective planning permission for the floodlights was approved in March 2022.

Just two days after the decision, the residents immediately lodged an appeal objecting to the community use of the pitch and the installation of floodlights.

Although the residents agree to the installation of the pitch for use only by the primary school, they “strongly object” to the community use of the pitch and the installation of floodlights as this argue that this “will make the disturbance worse by extending community use into the hours of darkness and cause further harm through light pollution”.

In their appeal, residents describe being “very aggrieved” that they “were not adequately consulted before the permissions were granted for the pitch and the floodlights and, in particular, that they were not notified that the pitch would be available for community use”.

The residents argue that this “failure to consult them is ongoing and that the use of the pitch is not being properly managed when the school is closed”.

However, earlier this month the Minister for the Environment rejected the planning appeal submitted by the residents but agreed to a substitution of the conditions on the planning permission, as recommended by the planning inspector who considered the appeal.

Pictured: A photograph submitted by one of the residents as part of their public comment, illustrating the brightness of the floodlights at night.

In his report, the inspector agreed that “residents were not informed at the planning application stage that the pitch would be available for community use and that this use has resulted at times in residents being unacceptably disturbed by noise and antisocial behaviour”.

Regarding the first issue, the inspector agreed that "it is clear that the flood lights will be of more benefit to community users than they will be to the primary school, since community users are much more likely to use the pitch during hours of darkness."  The report raised concerns that nothing had been put forward to "to deal with the impact of the additional periods of noise on residents’ amenities" apart from an "unreasonably worded" condition.

The disputed condition stipulates that: "The lighting hereby approved shall only be used between the hours of 8am to 8pm Monday to Friday and not at all on Saturdays, Sundays or Bank Holidays unless otherwise agreed in writing by the Department of the Environment".

However, the inspector suggests that "tailpieces such as “unless otherwise agreed” should be avoided in planning conditions wherever possible since they can be used to sidestep the procedures in the Law". He argues that, in this instance, the tailpiece allows "one government body, the Department, to authorise another government body, Jersey Property Holdings, to increase the hours of use of the floodlights without making a formal application under the Law", which he describes as "disquieting" and "wholly unacceptable to residents".

The inspector's report agreed that "the floodlights have been designed to avoid light spill", but says that it is "obvious" upon inspection that "there was a problem with reflected light from the pitch" which "bathes the nearest houses to the east in a rather eerie green light", creating an "adverse effect on the occupiers’ amenities".

Although the inspector ultimately recommended that the appeal be dismissed, the report did recommend multiple amendments to the planning permission for the six floodlights.

The amendments include removing the tailpiece wording: “unless otherwise agreed in writing by the Department of the Environment”, as well as re-assessing the "potential for nearby residents to be disturbed by noise or reflected light as a result of the use of the floodlit pitch in consultation with residents before the floodlights are used again for sports activities".

The Minister of the Environment has also followed the Planning Inspector's recommendations to impose conditions ensuring that schemes protecting residents from noise and reflected light from the pitch are put into place within the next three months, along with "an operational management and monitoring plan for the use of the floodlit pitch shall be drawn up in consultation with residents" and signs "setting out the conditions that must be observed by users of the floodlit pitch for the protection of residential amenities".

Posted by Private Individual on Sep 30th, 2022
There is much more to this story, although this article is well written and does touch on all the salient points of this appalling planning decision. Other parishes that are about to have pitches installed should take note of this and find out what JPH are actually intended to build. It is too late once it has been erected.
To place a comment please login Login »