Review: A dive into Private Lives… 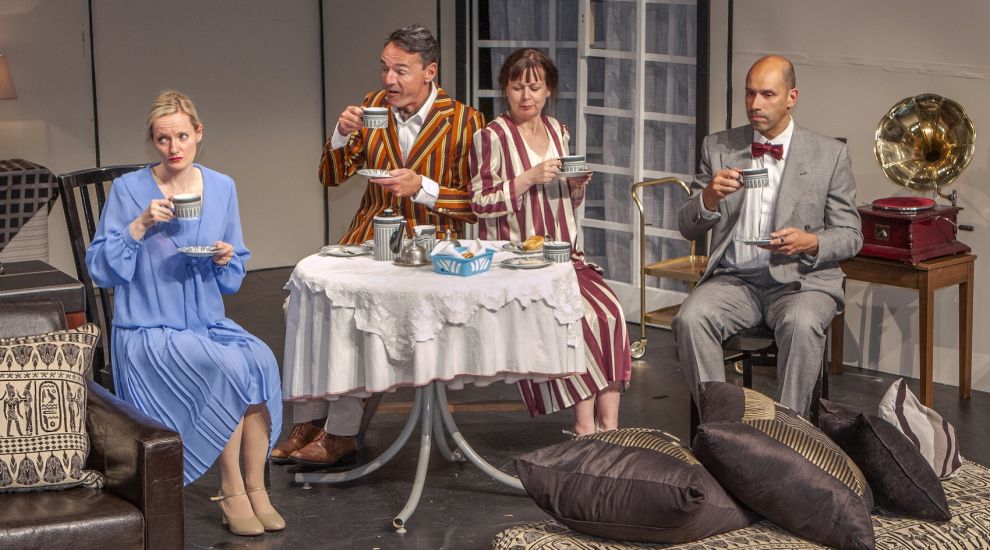 Review: A dive into Private Lives…

Audiences are being invited to glimpse the private lives of four socialites in a controversial play that rocked 1930s audiences, and made its author one of the Western world's most highly paid.

“Hell,” Jean-Paul Sartre famously said in 1944, “is other people” – though fourteen years earlier Noel Coward was saying pretty much the same thing in ‘Private Lives’ with rather more of a smile on his face.

But how much time you actually spend smiling - carried along by Coward’s witty dialogue - and how much worrying about the underlying human relationships, depends on how it’s played in the theatre. Last night the Green Room Club’s elegant production, directed by Jacqui Audrain, had you smiling to the end if rather uneasily at times.

It’s ironic that Coward had trouble with the Lord Chamberlain, theatre censor of the time, over the play’s second act in which Elyot Chase and Amanda Prynne – once married, then divorced and now married to new partners – find themselves living together again in Amanda’s Parisian flat. 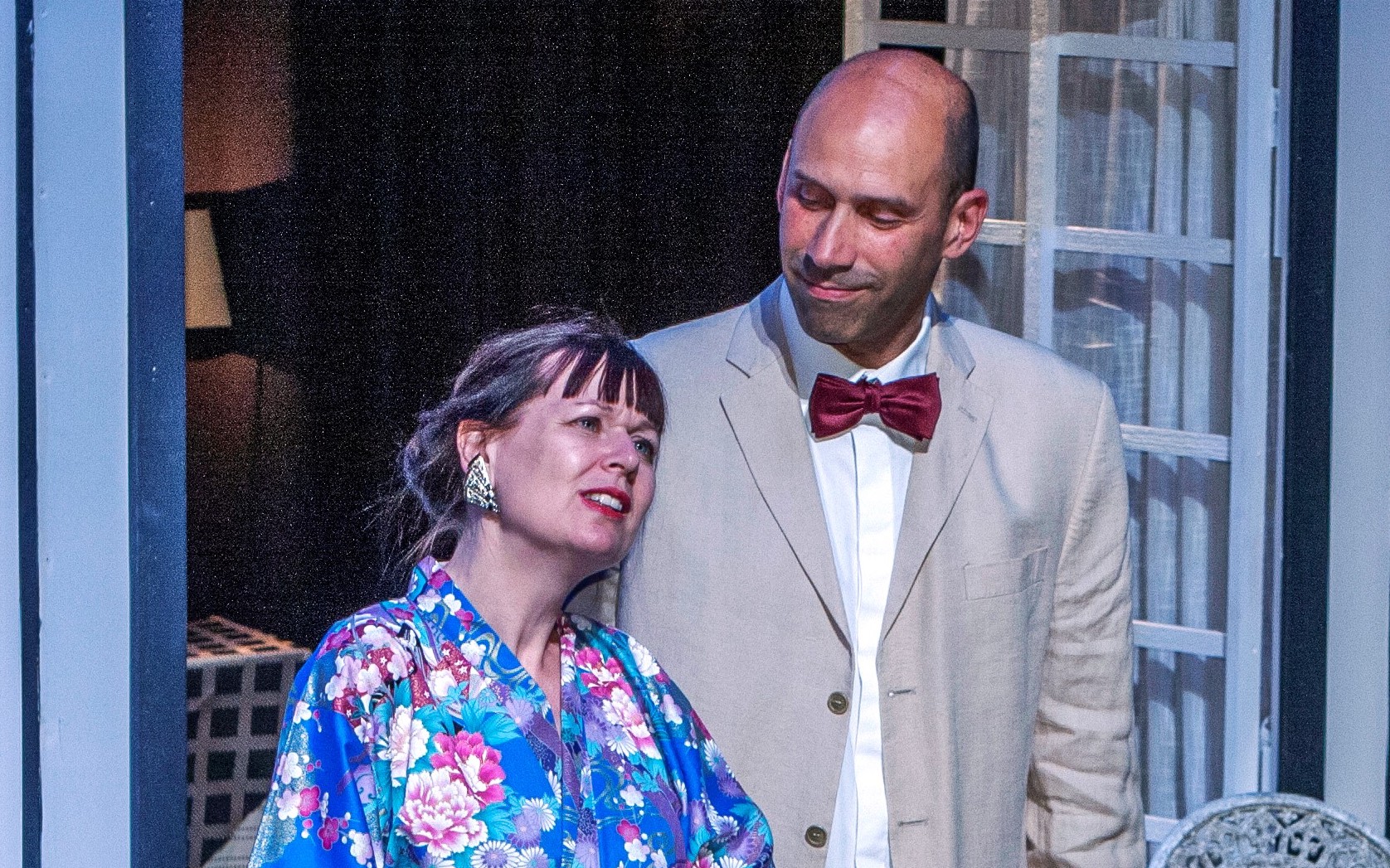 “Do you realise that we’re living in sin?”, she says. “Not according to the Catholics,” replies Elyot, “Catholics don’t recognise divorce…it’s nice to think they’d sort of back us up.”

Such comments were risqué in the early 30s, but today the underlying tension is not about marriage so much as whether human relationships can work at all, marital or otherwise. The two pairs of lovers, whose emotions fluctuate through the three acts, never seem capable of sustaining anything meaningful.

What seems to make Elyot and Amanda different from Sybil and Victor may be their vivacity and verbal jousting, but we come to realise that both couples share that same inability to relate to one another as is apparent from the play’s witty climax.

That surface distinction was very successfully explored by Guy Browning and Sassie Bisson as the divorced sophisticates, and Victoria Cotter and Isidro da Mata as their less experienced new partners, not just through their characterisation but also in the differences in body language between the two couples. Karen Syvret’s French maid, busily clearing up the chaos around her, was equally well delineated. 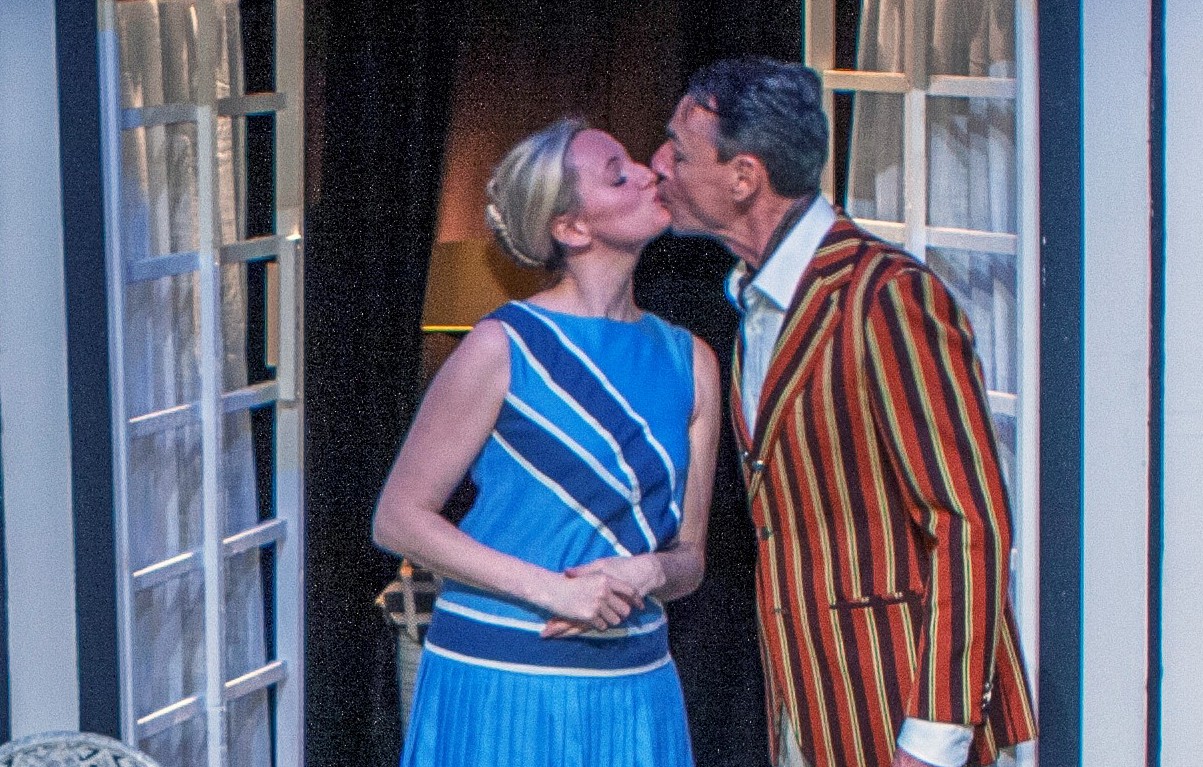 Coward’s drama is based on a simple conceit – that a divorced couple should unknowingly spend their second honeymoon with new partners in adjacent hotel rooms with the inevitable result that they meet up again and rekindle their old relationship, casting the new partners aside with distressing ease.

Victor, sensing his new wife’s defection to her former husband, pleads: “I’m damned if I can see why our whole honeymoon should be upset by Elyot.” “My last one was,” replies Amanda!

That opening scene, with the two hotel balconies extending out towards the audience, is the one everyone remembers and it was well-handled in Jacqui Audrain’s production, the symmetrical art deco design emphasising the repetition of ideas and phrases in the dialogue between the couples.

If there were a few minor lapses on the opening night - Elyot must remember which of his wives it is who plays the piano, and Amanda has to take more care with the line everyone knows about the topography of Norfolk – this was a thoroughly enjoyable production.

There isn’t much live scripted theatre in Jersey these days and most of it comes from the local clubs, who deserve to attract audiences when they make as much effort as the Green Room Club has here.

ART FIX: Can you guess all the interpretative walks?

Competition invites ‘off the wall’ photography