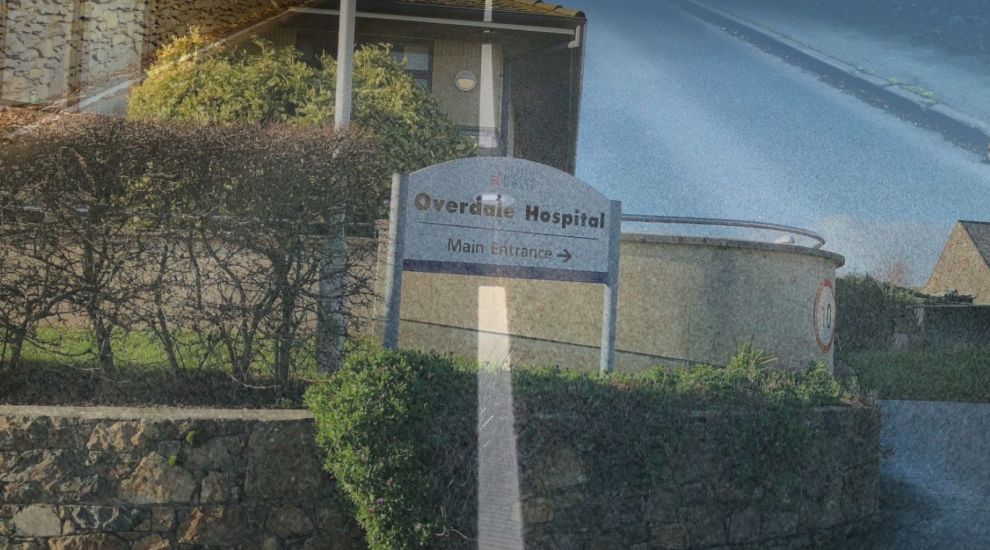 Scrutiny has launched a review into plans to use Westmount Road as the main access to the new hospital site at Overdale and whether the necessary works on the road will fit in within the proposed budget.

As part of the review, the Future Hospital Scrutiny Panel will be assessing the impact on local residents as well as the process that saw Westmount Road picked as the best option.

Under Ministers' plans, which are detailed in a report accompanying their recent proposition, Westmount Road would be kept as a two-way access route to the new hospital.

The report said that it was their preference because it did not compromise the Emergency Services' ability to access the hospital, and that it provided the most opportunities for promoting sustainable transport solutions. 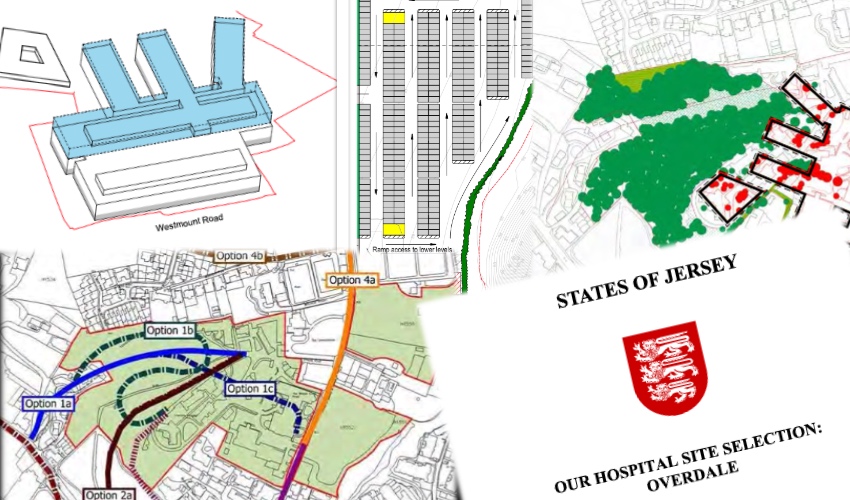 Pictured: The primary access route has been one of the most prominent questions hanging over the new hospital project.

Having previously pushed back against a move by the Council of Ministers to bring the debate forward from its initial February date, stating the move would not allow enough time for proper scrutiny, the review has now been launched to examine the decision to choose the route out of 70+ options and whether it is the most appropriate.

The report stated Queen's Road had been discounted due to having too many "pinch points" for heavy goods vehicles, which will be used to transport construction materials, while Tower Road was found to be overly narrow, and St. Aubin's Road would have led to the loss of George V Cottage Homes.

The Panel will also aim to determine whether the proposed route maximised sustainable modes of travel and can be completed within the budgeted outline cost of £38.7 million as proposed within the anticipated costs.

“The Panel needs to provide assurance to all those affected by this proposed option that the 70+ options were assessed appropriately and that the best option is the one that is being put forward.”

Pictured: The proposed route of Westmount would see it kept as a two-way road.

Getting to and from Overdale has been identified as a problem in all previous reports and the subject of what should be the primary access route has been a contentious one over the last few months.

Back in October shortly before Overdale was voted in, residents complained that they had not been properly informed of plans, and had only learnt about them subsequently in the media.

However, in the Council’s new proposal, they claim that by the time Overdale was voted in, “all of the residents of the houses immediately affected by the proposed alterations to Westmount Road were willing sellers," with it listing three residential properties as being affected and a need for the Bowling Club to relocate.

A few days after the debate, it emerged that Wesmount Road would need to be widened to allow construction vehicles to access the site to build the new hospital and that the approval of the Planning Department would be required.

The Scrutiny review is expected to conclude at the end of January, with a debate on the preferred access route scheduled for Tuesday 9 February.

Posted by Paul Troalic on Dec 30th, 2020
The whole issue relating to access to Overdale is fraught with problems. I believe they are insurmountable and will cause major disruption and huge amounts of money being spent when a better, flat sire could have been used.
I am of course thinking of either Warwick Farm or St Saviours Hospital. Both are unused or underutilized.
Once again our politicians will not listen to constructive advice and are intent on spending more money than is necessary.
Of course they will not be around to face the consequences.
Posted by Guy de Faye on Dec 30th, 2020
This yet another spectacular and stunningly expensive planning disaster unfolding, as Government of Jersey (GoJ) displays incredible incompetence yet again.

In early studies, one of the objections to the Overdale site for "Our New Hospital" was poor road access, specifically for Accident and Emergency vehicles.
My civil service sources suggest that the "road improvements" will cost £70Million. I gather this will be an additional cost to the hospital construction bill and I do not believe it even covers replacing the razed to the ground Westmount Bowling Club somewhere else.

If the No.19 bus can drop off outside the crematorium, then heavy lorries can access the Overdale Hospital construction site and, anyway, why insist on 2 way traffic - that is a crass lack of creative thinking.

Typically, GoJ ignores already researched Scrutiny findings based on our inability to stem population growth. Jersey needs 3,250 new homes by 2024 - fat chance - and a Scrutiny Panel has already indicated the need for a 2nd Hospital by 2030, together with a series of other major infrastructure requirements.

Solution:- Scrap the All in One Hospital concept. Construct Overdale Hospital for In Patients, with operating theatres and wards plus all the heavy duty kit such as MRI scanners and any other relevant add ons. Decant In Patients from the General Hospital and re-design it with required construction and maintenance as the Accident and Emergency and Outpatients Centre (Town patients can easily walk there, it is 200 metres from all inbound buses from the West and has an attached multi-storey car park).

For a change, let's plan for the future - instead of playing the hopeless catch up following bad design, poor policies and abysmal maintenance. Plus a bit less of the UK consultants, who have no idea of the issues facing small islands - Justin Forthemoneys, as Private Eye used to put it.
Posted by Keith Marsh on Dec 30th, 2020
As long as Senator Kristina Moore sticks to the job in hand and goes about this task with the speed required, and does not use this excuse to score Political points ~ this further delay should not add too much to the overall cost of the Hospital.
However, for the life of me, I can't work out the 70+ options.
Then people are shocked that the cost is so high.
To place a comment please login Login »